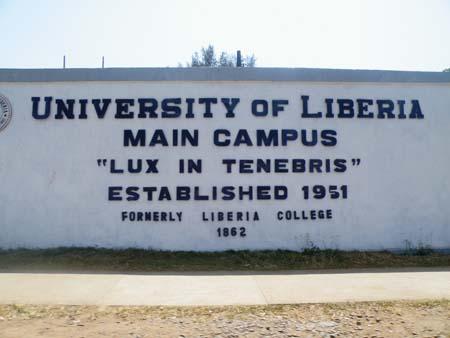 Last week the BBC (http://www.bbc.co.uk/news/world-africa-14495242) reported on a scandal at the once respected Fourah Bay College in Sierra Leone. It seems that students were unable to take their final exams because the University had simply run out of paper.

What might appear as an absurd aberration is, however, painfully emblematic of the conditions faced by tens of thousands of university students in sub-Saharan Africa.  Once considered the “Athens of West Africa”, Fourah Bay, a key part of the University of Sierra Leone, is now a depleted national resource that is barely able to keep its doors open, much less provide a useful 21st century education.

In next door Liberia, the University of Liberia is hardly in better shape. Students are crammed into overcrowded classrooms, sometimes having to share seats; there are no facilities for teaching the sciences; the medical school is little more than a name-plate and corruption reigns in far too many transactions between students, faculty and administrators. What was once a crown jewel on the Liberian cultural scene is now an underfunded mess with no rescuers in sight.

As a government institution the University of Liberia is a direct line-item on the national budget. Since the end of hostilities in 2003 the Liberian government subsidy to the University has been wholly insufficient for rebuilding. The brain drain of faculty who left for America to avoid the fighting has not been reversed and the major international donors such as the World Bank, UNDP and USAID have, with few exceptions, thrown all their resources at primary education. The net result is that an entire generation of Liberian university age students is being written off.

The question is how does this stack up against all the lofty rhetoric concerning “˜sustainability’ which is the buzz-word du jour in development circles? How can any social undertaking be sustainable if there are not succeeding generations of trained technicians and administrators to carry forward the great projects of development? Liberia and Sierra Leone appear to be testing grounds on the part of the international donor community that development can occur without adequately educated people leading the charge.

It will hardly be surprising when this experiment blows up in their faces, however, and students in those countries rise up once again and demand that something be done.

Memories are short. We forget that it was the students in both countries who were in the vanguard of social protest movements in the 70’s and 80’s that led directly to the civil conflicts that the world  remembers now only because of “˜blood diamonds’ and child soldiers. But in the beginning it was university student groups, sometimes funded by pan-Africanists like Libya’s currently besieged President Quadaffi, who struggled for the overthrow of despotic regimes in both countries.  Charles Taylor, a graduate of Bentley College in Boston, got his start in Liberian student politics in the United States where he organized protests against the Tolbert regime.

It might seem beyond the pale to consider that something as trivial as a paper shortage at a University could reignite a civil war. But one only has to sit down with students in either Sierra Leone or Liberia to hear the anger and absolute frustration in their stories.

The internet is available in both countries and it is clear to one and all what is missing from their lives and it is also clear from the examples in North Africa that action in the streets can lead to concrete change.

It may be that the international donor community is banking on the possibility that both Liberia and Sierra Leone are sick of war and that no matter what happens the people will never again resort to armed conflict.

This is wishful thinking indeed. The fragile peace in Liberia is being maintained by the presence of 15,000 U.N. troops which show no sign of leaving. Dissidents in Sierra Leone probably figure that Great Britain will step in again in the event of civil unrest.  (But that doesn’t mean they won’t try and it is never clear whether the North will ever come to rescue the South in the absence of profound national interests.) Regardless, politicians in both countries are trying to make political soldiers out of the army of unemployed, undereducated youth that sit idly by while the benefits of globalization fly overhead.

In the meantime, the universities, which should be the site of open discourse on the future course of their respective nations, sit idly by, paperless and resource starved, while international NGOs elbow them out of the way in the race to set the national agenda.

When the Belgians left the Congo in the early 1960s there were hardly any competent graduates to speak of.  Since then the Congo has been the poster-child for anarchistic carnage and greedy exploitation.

If something is not done to relieve the inadequacies of today’s generation of African college students, the fire next time will be just around the bend.