Thoughts on ‘A Civil Society Deferred,’ – By Peter Woodward 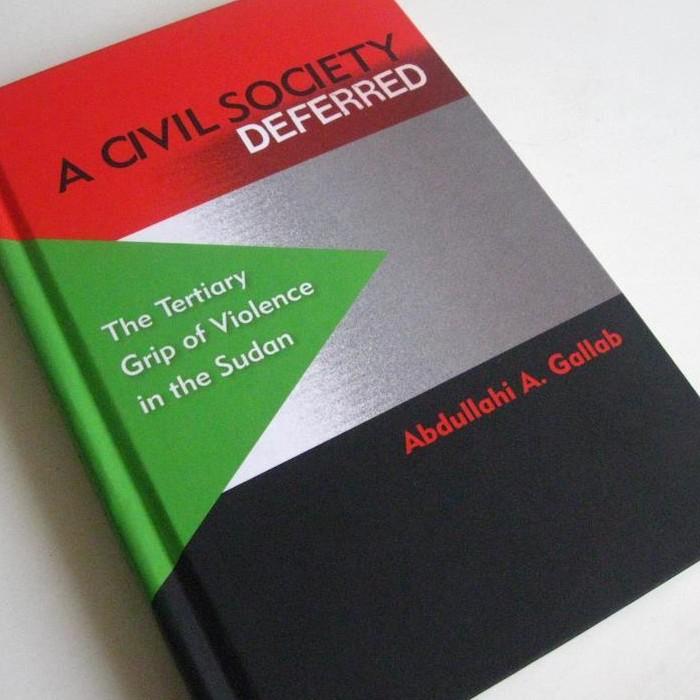 Abdullahi has produced another stimulating book triggering further thoughts about the state in Sudan and civil society. It looks at efforts to control society as it has been experienced under successive states from the Turco-Egyptian period to the present; and the ways in which divisive policies- the “˜reactivation of difference’- have contributed to the deferral of civil society, a range of civil institutions so often sought by would-be reformers of Africa and the Middle East, but a Holy Grail so rarely achieved.

Reading it, the thought came to me again of the state’s motivation for the policies pursued? Was it just lust for power by successive rulers of Sudan, or the sense of vulnerability in trying to rule such a vast, disparate and largely poor country during the three periods and from the three capitals discussed here: Cairo, Omdurman and Khartoum? For fear runs through the history of Sudan’s rulers: Cairo’s rulers falling to a successful revolt in the name of radical Islam; the Khalifa in Omdurman importing his fellow western Tai’isha Baqqara to crush opposition to his rule; the British fearing first a recurrence of Mahdism and then, after the 1924 revolt, secular nationalism, preferring instead to put their faith, unsuccessfully, in  “˜tribal’ authorities; while after independence in 1956 successive regimes sought in vain to overcome instability and conflict that has resulted in 2011 in division and further conflicts.

In all this, the confidence to permit the space that would allow civil society to grow and create a core of national identity to underpin the state has been lacking, as much through fear as anything – witness the desperation of the NCP as it tries now to draw others into its downward spiral. Does the separation of South Sudan make a difference? South Sudan itself has taken its history of resistance to repression from Cairo, Omdurman and Khartoum as its defining narrative, but it has yet to find a new forward looking one for the new era in which it now finds itself. While Sudan remains as uncertain as ever: it has lost one of its “˜marginalised’ regions, but has seen enhanced conflict in the ones it still seeks to retain and where it endeavours to violently enforce the writ of government – hardly a recipe for civil society’s deferral to be reversed.

Separated Cairo, Khartoum and Juba (until the new capital?) may be, yet their links remain exceptional in their respective relations, and there seems every chance that this situation will continue; meanwhile governments in all three states struggle to come to terms with the growing pressures for civil society to be able to emerge.

Peter Woodward is Professor of history at the University of Reading