For oil and peace, India must stand up in the two Sudans – Luke A. Patey 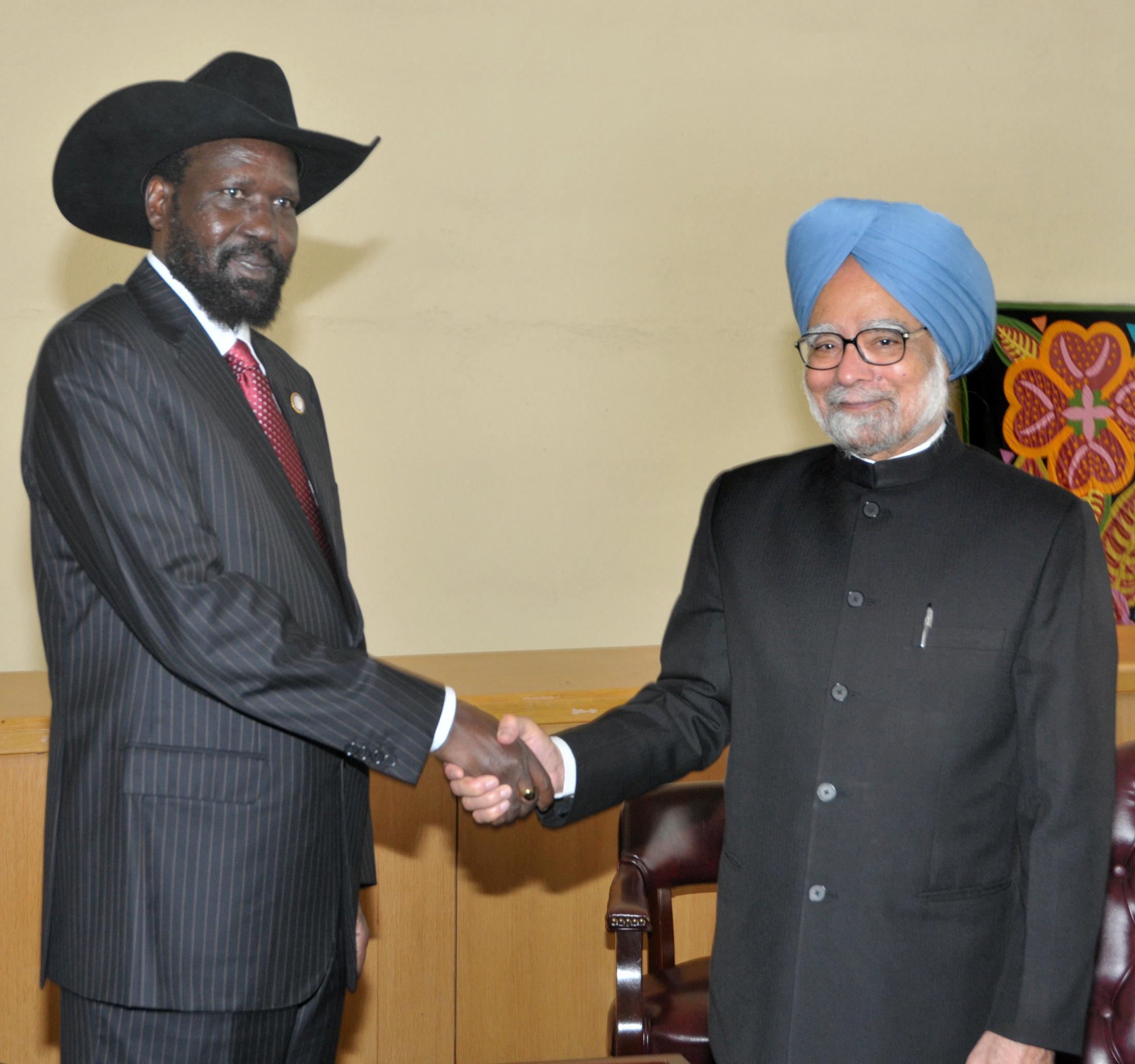 India’s trade and investment in Africa has soared to amazing heights in recent years with Prime Minister Manmohan Singh pledging $5 billion for development initiatives at last year’s India-Africa Summit. Today, there is no better place to take India’s African engagement forward than in helping Sudan and South Sudan find a lasting peace.

Since South Sudan won its independence from Sudan last year, a dispute over oil is edging the former foes closer to reigniting one of Africa’s longest and deadliest wars. When South Sudan broke off, it took three quarters of Sudan’s oil with it. But Sudan still controls the only existing pipeline route out to international markets. South Sudan’s plans to build an alternative pipeline to Kenya will probably take two years to realize. In the meantime, the two sides have been locked in heated negotiations over the transit fee Sudan should receive, but remain in stalemate.

After Sudan confiscated several shipments of oil late last month, South Sudan shut down its oil production in defiance. Recently in Ethiopia’s capital Addis Ababa, the two sides turned down an African Union brokered agreement supported by Washington and Beijing. Tellingly absent from international efforts has been a strong Indian presence. It’s a fight India not only has an interest in settling in the name of peace in Africa, but also for its own sake.

Since India’s leading national oil company ONGC Videsh Ltd (OVL) set foot in Sudan in 2003 it has invested over $2.5 billion. But South Sudan’s shutdown of its 350,000 barrel-daily production dealt a major blow to the company’s overseas oil ambitions. For much of the past decade, over half of its international oil production has come from Sudan, and with it, an ample share of its profits.

Sudan is actually a rare example where Indian national oil companies have beat out their fierce Chinese competition at their own shrewd game of oil diplomacy in Africa. In response to opposition from China, New Delhi orchestrated a daring diplomatic push in late 2002 to help OVL win a key stake in Sudan’s Greater Nile Petroleum Corporation. The Chinese still dominate over oil in Sudan, but it has also been a major success story in India’s international oil hunt, showing the two Asian giants can actually also complement each other in Africa. But with the oil now in South Sudan, the crown jewel of OVL’s international portfolio lies dormant, precariously straddled across an undemarcated border, as the two sides engage in political brinkmanship and the ugly face of war nears.

Beyond oil Sudan has also been a major international destination for India’s Bharat Heavy Electricals Ltd. through a $450 million power plant investment. The Indian Export-Import Bank has dispatched over $550 million in lines of credit to projects contracted to India Inc. in Sudan. Bajaj auto-rickshaws are a common sight on the capital Khartoum’s congested streets as Indian exports have gained a foothold. However, the Sudanese government has been dithering on repaying the loans, particularly after it lost the majority of its oil wealth. War between the two Sudans puts India’s investments in even further jeopardy.

China has been active in pushing for peace. Last December, Beijing sent its special envoy, Liu Guijin, in an effort to encourage a settlement between Sudan and South Sudan, and in the process protect its significant oil interests, which make-up over 5 percent of its annual oil imports. To date, China has aptly balanced its interests across the two Sudans. Beijing remains a close partner to President Omar al-Bashir in Sudan, but has also ramped up its political engagement with South Sudan and the ruling Sudan’s People’s Liberation Movement. All the while, India stands flatfooted.

India was the first Asian country to open a consulate in South Sudan’s capital Juba in October 2007. Indian diplomats speak fondly of President Fakruddin Ali Ahmed’s December 1975 visit where the whole town showed up to see him. Yet first-mover advantage is useless if India does not make an effort to exploit it. New Delhi has done little to protect its economic interests in Sudan and South Sudan, or foster peace between the two sides. But there is still a golden opportunity for New Delhi to enhance its role and play peacemaker.

For starters, Prime Minister Singh can appoint a special envoy to Africa to help the international community broker peace between Sudan and South Sudan. The special envoy can work to use India’s rising economic clout to defuse conflict, tackle poverty, and promote India’s interests in Africa.

This would not entail meddling in the internal affairs of African countries, but rather ensuring that India’s promise of mutual benefit to Africa is realized. India’s national-owned companies have made a fortune in the two Sudans, but the Sudanese are again heading towards a harrowing war.

India has a cherished history in Africa. Jawaharlal Nehru helped Africa break its colonial chains and South Africa wrestle free of apartheid’s oppression. But if India truly wants to make a unique mark, it must roll up its sleeves and lend a hand in ending Africa’s longstanding conflicts. It’s time for India to heed the call and stand up in the two Sudans.

Luke A. Patey is a researcher at the Danish Institute for International Studies, co-editor of Sudan Looks East: China India, and the Politics of Asian Alternatives, and writing a book on the rise of Asian national oil companies.

This article was originally published in The Hindu.