Diary: Whatever happened to Africa’s rapid urbanisation? – By Magnus Taylor 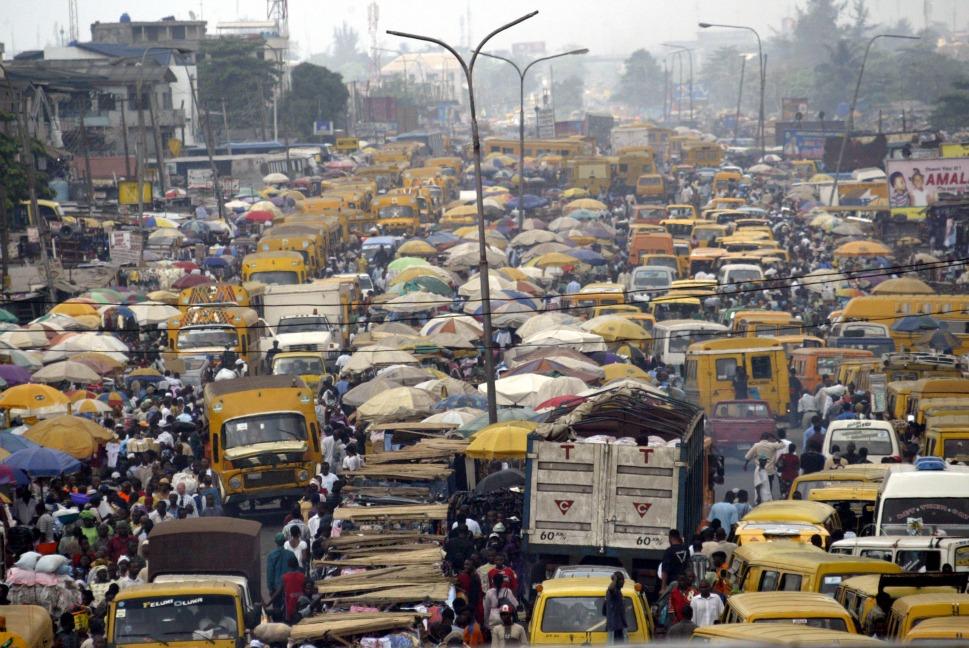 Lagos, Nigeria - an expanding population does not tell the whole story about migration to and from Africa's urban centres

“˜It is widely believed that urbanisation is occurring faster in sub-Saharan Africa than anywhere else in the world, as migrants move from rural to urban settlements. This is a fallacy.’ – Dr Debbie Potts, Whatever Happened to Africa’s Rapid Urbanisation?

Debbie Potts’ Counterpoint for the Africa Research Institute is a nicely written, nicely provocative piece that demonstrates in 15 short pages why most of the received wisdom on urban Africa is wrong.

African urban spaces may be expanding rapidly, but in many mainland countries growth in urban populations hardly outstripped national population growth in the 1990s and 2000s. Data for 18 countries collected and analysed by Dr Potts and others shows that urbanisation levels declined in 4 countries, and stagnated or increased very slowly in a further 10. Only four countries – Burkina Faso, Cameroon, Tanzania and Kenya – experienced rapid urbanisation.

Potts points to the fact that it has become “common knowledge” that Africa’s cities are expanding at a frightening and seemingly unstoppable rate. However, the evidence for this is sketchy – impacted by politicised censuses (Nigeria), no censuses (DRC) and ambiguous definitions of “urban”. But, in time, if you say something enough and it sounds plausible then “fictitious figures [become] facts by being constantly re-stated”.

That is the first point to take from the piece. The second explains why it is (or isn’t) happening, and contains a strong criticism of neo-liberal policies fashioned in the 80s, 90s and noughties under the principles of “˜Structural Adjustment.’ In essence, Potts is arguing that if we think of African urban spaces as places that attract and support rapidly expanding rural-urban migrant populations, then we fundamentally misunderstand the damage such policies had on the economies of such places: “the primary cause of much slower urbanisation since the 1980s was economic…[and ] urban populations bore the brunt of formal job losses.” Potts goes so far as to say that incomes were “ravaged” by structural adjustment, giving startling examples from Tanzania, where they fell by 82 percent between 1972 and 89; Nigeria by 90 percent between 1981 and 1990 and Uganda – also 90 percent between 1972 and 1990. These really are staggering figures, and provide a convincing explanation as to why strong rural to urban migration in Africa is usually countered by comparable urban to rural movement – cities being unable to support such population expansion with jobs, adequate accommodation and services.

Potts is critical of the use of “˜Asian models’ which failed in African contexts that had insufficient industrial or manufacturing bases. Inadequate human capital meant that investment which required a skilled or educated work-force could not be enticed into the newly liberalised African marketplace. The reverse of what was intended occurred, and much of urbanised Africa actually de-industrialised in the latter decades of the 20th century.

Using the example of Mozambique, which came out of a brutal civil war in the early 1990s, and then had a Structural Adjustment programme thrust on it by international financial institutions, Potts asserts that what that country needed was “a Marshall Plan” rather than having its budgets slashed. Such sentiment strikes a chord in this present economic climate, where debates over public sector cuts in debt-ridden countries like Greece and Italy provide a contemporary and Western manifestation of this same economic pain.

Whilst GDP rates have improved in many African countries in the last 10 years – which has been received with a new wave of Afro-optimism, and increased multinational business interest – Potts argues that this has not proved to be a catalyst for job creation and resultant urbanisation. Migration to urban areas remains substantially circular, with urban economic insecurity and a relatively high cost of living forcing many migrants to return to their original homes in rural areas.

Potts’ paper feels like a shot of cold water poured on the “˜Africa-rising’ narrative that we are becoming increasingly used to hearing, particularly from a business community eager to jump on the next big thing. However, it may be that her arguments are not specifically Afro-pessimistic, but rather demonstrate a wider disillusionment with neo-liberal economic policies that have, since the end of the Cold War, become the only game in town. It is, after all, not just African countries that have experienced growing inequalities, coupled with declining industrial and manufacturing sectors. Potts uses static urbanisation in Africa as a compelling piece of evidence to show that things might not be getting better economically as quickly as people may have hoped.