Elections in Senegal: a critical historical juncture – By Alpha Diedhiou 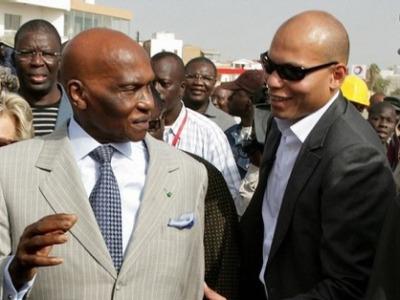 Senegal has long been regarded by many observers as a democratic example in Africa. Despite the country being led by one political party – the Socialist Party – since independence, transfers of power have generally taken place in a relatively peaceful fashion. However, the country’s democratic credentials started to be questioned by the mid to late 1990s when former president, Abdou Diouf, began to feel the socio-political effects of structural adjustment implementation. By the turn of the century, Abdou Diouf’s reign had become untenable, mainly as a result of increased poverty, unemployment, and an ailing education system. Abdoulaye Wade, then leader of the opposition, capitalised on the situation and won the presidential elections of March 2000. Wade’s election to power did not only mark a historic moment in Senegalese politics – by defeating the party in power since independence – but it also raised expectations to unprecedented levels.

From 2000 onwards, Wade’s regime multiplied promises and completed many large infrastructure projects. However, life conditions among Senegalese populations were worsening, and young people took to the seas. Thousands of young Senegalese risked their life to migrate to Europe and North America, reflecting the general socio-economic malaise in the country. Its Human Development Index stands at 0.459, below the sub-Saharan African average of 0.463 (Human Development Report 2011). In the meantime, the incumbent had already amended the Senegalese Constitution to limit the presidency to a maximum of two terms.

The last couple of years have seen Abdoulaye Wade’s popularity wane by the day, against a backdrop of corruption allegations and worsening living conditions. Deteriorating living conditions were matched by increasing political brutality. Unlawful imprisonments of opposition leaders and journalists became common practice, especially during Wade’s second term. The patience of many Senegalese came to be tested when the incumbent spent £27 million to build a statue, which he regards as symbolising a new African renaissance. The past couple of years have also been marked by repeated power cuts, affecting both households and businesses. The electricity sector in Senegal declined by 5.2% in 2011 (World Bank 2012). This led to many violent protests in most major cities. To compound the situation, President Wade attempted to promote his son to the position of Prime Minister, a decision regarded by many as a prelude to a potential succession and vehemently rejected by most political actors, even those within his own party.

Abdoulaye Wade’s bid to run for a third term was met by a wave of protests in the past few months. Protests have intensified since the last week of January 2012 – when the Constitutional Council validated his bid. This is regarded by many political actors in the country as a constitutional coup. Protests organised by a movement made up opposition parties and civil society organisations called the Movement of June 23, also known as M23, gathered thousands of protesters across the country on January 31. International sections of M23 have also organised protests in New York, Ottawa, and Washington in the past few days.

While political protests are not uncommon in the history of the country, especially in periods leading to presidential elections, the current ones bear an unprecedented element. Several people have already died in the past few weeks, including a policeman. Calls for calm and restraint by religious leaders, who have historically played a determinant role in the country’s political stability, have fallen on deaf ears. In this context of failed or inexistent political bargaining, and where informal conflict resolution mechanisms seem to be impotent, there is fear that the latest deadly violence is a prelude to more pre and post election bloodshed.

The elections themselves, scheduled to take place at the weekend, can be a cause for concern, especially as all parties struggle to secure maximum votes from a limited electorate of only 5 million registered voters, in a country of about 13 million people. The number of candidates, 14, makes it a very unpredictable contest. However, a few scenarios can be developed. First, Abdoulaye Wade – the incumbent – wins a clear majority in the first round. This scenario is to be envisaged because of the fragmented nature of the opposition, who have failed to rally behind a single candidate. The consequences of such a scenario can be disastrous, because many Senegalese are determined to see the incumbent leave. More violence will ensue, and the army might well have to intervene in a country that has so far escaped military coups.

Second, the incumbent is taken to the second round by one of the contenders. In this case it is very likely to see other opposition parties rally behind one candidate, which will give the incumbent no chance.

Third, the incumbent fails to reach the second round. A new president will be elected, and Senegalese democracy will move into a new phase, if only on a procedural level.

Of all three scenarios, the second seems more likely if we go by early opinion polls. Former government minister, Macky Sall, is ahead in most polls, followed by former diplomats, Moustapha Niasse and Ibrahima Fall. The incumbent is so far lagging behind most of these contenders, coming third in most opinions polls. In the most recent opinion polls, carried out by a foreign firm not named in the consulted source, Sall is still ahead of the incumbent with 27.6%. However, the incumbent comes second (24.4%) in this poll, corroborating the idea of a likely second round.

However, a caveat needs to be raised here. Most of these opinion polls bear an urban bias, in a country where 57% of the population lives in rural areas. If voting behaviour in urban areas is often dictated by political manifestos of different candidates, the same cannot be said of rural regions. In the latter, traditional family allegiances to specific political parties still play an important role in voting decisions. Whichever candidate manages to secure this part of the electorate would have made a great stride towards winning the elections. The incumbent, who is not popular is most urban areas, is likely to focus his campaign efforts on this rural constituency.