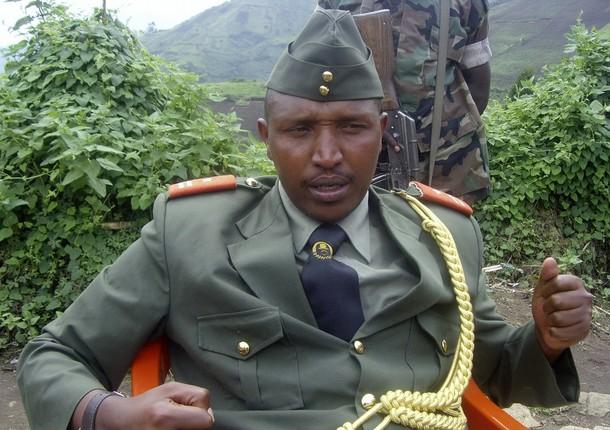 At first glance today, things in the Democratic Republic of Congo’s eastern North Kivu province seem far calmer than in years past.

As recently as 2008, a rebel group, the Congrí¨s National pour la Défense du Peuple (CNDP) under the command of renegade general Laurent Nkunda, controlled sizable swaths of the territory, especially around the area of Masisi in North Kivu’s south-eastern corner.

Nkunda, a Congolese Tutsi from North Kivu’s Rutshuru territory and a former commander in the Rwanda-backed Goma faction of the Rassemblement Congolais pour la Démocratie (RCD) rebel group, seemed poised to attack the provincial capital of Goma at any time.

Travelling much beyond the town of Sake, 25 km to Goma’s northwest, was a complicated endeavour, as the CNDP had battled the forces of Congo’s president Joseph Kabila fiercely for Sake in November 2006 before withdrawing in defeat. At the time, the United Nations Office for the Coordination of Humanitarian Affairs estimated that some 800,000 people had been displaced by fighting in the province.

Since those dark days, much has changed in eastern North Kivu.

In January 2009, Rwanda’s government, long believed to be the CNDP’s key backer in its vying for regional advantage, announced that they had arrested Nkunda on Rwandan territory. This event took place shortly after the CNDP had begun to splinter, with one high-ranking member, Bosco Ntaganda, advocating dialogue and détente with the Kabila government.

Since then, a bitter pill scenario has seen Kabila, in power in Congo since the 2001 assassination of his father, Laurent Kabila, cede influence and control of much of the eastern part of the vast, mineral-rich country to Rwanda and its proxies, with the Rwandan army now allowed to enter Congolese territory in hot pursuit of the Forces Démocratiques de Libération du Rwanda (FDLR), the main Hutu-led military opposition to Rwanda’s Tutsi-led government. The FDLR has its roots in Rwanda’s 1994 genocide when nearly 1 million Tutsis and Hutu moderates were slaughtered by extremist Hutu supremacist elements.

The CNDP, for its part, has now become a registered political party and has seen its forces integrated with the official armed forces, the Forces Armées de la République Démocratique du Congo (FARDC), and its chieftain, Bosco Ntaganda, has become an important powerbroker in Goma.

All is not as it appears, however.

Beyond simple integration, the Congolese army in eastern Congo is now dominated by the CNDP, much to the chagrin of other armed groups such as the government’s erstwhile allies in the Patriotes Resistants Congolais (PARECO) – a loose umbrella of paramilitary organizations who also have been gradually entering the official security forces.

During Congo’s deeply-flawed general elections last year, which saw Kabila returned to office ahead of his main rival, long-time opposition figure í‰tienne Tshisekedi, Human Rights Watch recounted how in some villages in Masisi, voters were compelled by the presence of former CNDP rebels at polling stations to vote for Kabila and CNDP candidate Bahati Ibatunganya.

In the run-up to last November’s vote, Fabrice Mumpfiritsa, a well-known Hunde singer, was kidnapped in Goma and found days later, injured but alive. Formerly a Kabila partisan, Mumpfiritsa had grown disenchanted with the president and began vocally supporting Kabila’s local opposition.

Visiting North Kivu again this month, it soon became apparent to me that, after being in office for over a decade, Kabila, though once having strong support in the east, has brought precious little development to this part of Congo.

An entrepreneur in Goma with extensive contacts within both the CNDP and the government told me that “the state has a symbolic presence in North Kivu today, nothing more.” A high-ranking official in an international organization that has long had a presence in the province referred to the system of governance that has been put into place as being “like a mafia…Whoever doesn’t side with (the CNDP), doesn’t agree or says something in opposition will be intimidated, or eventually put under house arrest or killed.”

It would have been hard for the Congolese and Rwandan governments to have found a more poisonous and tainted proxy than Bosco Ntaganda.

In January 2006, Ntaganda was indicted by the International Criminal Court in The Hague for three counts of war crimes that allegedly occurred while he was helping to command the Forces Patriotiques pour la Libération du Congo (FPLC) in Congo’s Ituri region during the early part of the last decade, a time during which he earned the sobriquet “the Terminator.”

The FPLC itself grew out of the Union des Patriotes Congolais (UPC), an armed group that claimed to champion the cause of the pastoralist Hema ethnic group against that of the agriculturalist Lendu, the very kind of apocalyptic ethnic politics that Ntaganda would also engage in with the CNDP in North Kivu.

The fighting in Ituri killed an estimated 60,000 people.

In a letter from the Group of Experts on Congo to the United Nations Security Council dated 18 October 2011, the group found that since his reintegration into the Congolese army, Ntaganda has continued to collaborate “with East African regional networks of dealers selling both real and counterfeit gold to international buyers.”

Troublingly, and as if to underline its occupant’s ultimate fealty to Kigali, Ntaganda’s Goma residence is situated on a lane that crosses directly over a neutral zone to Gisenyi, Rwanda, just across the border. According to a December 2011 United Nations Security Council report, Ntaganda crossed into Rwanda at least twice, in March and September of 2011, despite an ostensible travel ban imposed on him.

As before, the region’s politics remain nothing if not maddeningly complex and unsuited to the international community’s often one-size-fits-all approach to peace-building.

Surrounding Congo, in neighbouring Uganda, President Yoweri Museveni, who in 1986 told his country that “the problem of Africa in general and Uganda in particular is not the people but leaders who want to overstay in power” now enters his 27th year as the country’s president, having secured his current term through particularly controversial elections in February 2011.

Over the last year, several large scale protests against alleged political corruption and economic mismanagement have occurred in Uganda’s capital, Kampala, many aligned with the Forum for Democratic Change led by Kizza Besigye, a doctor and former soldier as well as a former Museveni ally turned critic.

In Rwanda, President Paul Kagame has solidified a tight-lidded dictatorship over the country based upon what the French academic Gérard Prunier has characterized as “passive acceptance of undivided Tutsi power over an obedient Hutu mass.” Government critics meet either death, (opposition politician Andre Kagwa Rwisereka, killed in Rwanda in July 2011), exile (former general Kayumba Nyamwasa, wounded in a shooting in South Africa in June 2010) or both (Inyenyeri News editor Charles Ingabire, shot dead by an unknown gunman in Kampala last December).

Throughout North Kivu itself, things remain tense, and the region’s civilian population continues to be at risk.

This month, around Masisi alone I spoke to residents of displaced person camps such as Kalinga (population 4,551), Bihito (5,742) and Bukombo (3,338), some of whom have been living in the most squalid of conditions for up to five years. Across the border in Kisoro, Uganda, I found around 2,000 refugees who had fled fighting between the FDLR and militia elements in Rutshuru camped in the shadow of Mount Muhabura. It is a situation replicated in hundreds of registered and unregistered displaced persons settlements throughout the province.

In the township of Bisie in North Kivu’s Walikale territory – which remains a stronghold of the FDLR – an illegal mine producing cassiterite, which is eventually turned into tin, has been giving up its bounty to an ever-shifting array of armed groups for a number of years. In villages and displaced persons camps such as those in Masisi, a sense of deep resentment against both the broken promises and lack of development offered by the Kabila government, and what some residents see as the growing Rwandanization of eastern Congo, continues to fester. Armed groups, particularly those flowing from former PARECO elements, continue to form, break apart and re-form in a dizzying array of alliances that the international community, patting itself on the back for its “success” in eastern Congo, seems ill placed to address should the tension once again flare into large-scale open violence.

By turning the other way as North Kivu in general and Goma in particular have become, with Kigali’s connivance, a virtual fiefdom of Bosco Ntaganda’s CNDP, the international community, including the United Nations peacekeeping mission in Congo (known by its acronym, MONUSCO), are not guaranteeing peace in North Kivu. They are in fact fanning the embers for the potential eruption of a new conflict in the province.

The belief that the more territory held by the Kabila government’s FARDC and CNDP allies equals more stability in the long-term may very well prove to be sadly mistaken, and MONUSCO is currently in danger of being perceived as dangerously partisan to a government and military of questionable popular legitimacy.

By ceding an axis of influence in the east to Rwanda, Kabila may have indeed rid himself of the immediate problem of the CNDP armed insurgency, but the group’s subtle takeover of the province has helped to plant the seeds for enmities and resentment that could lead to an even greater crisis in the future.

It is important that all international actors speak out against the abuses being committed with official sanction in North Kivu today, and to hold the state actors behind them, whether they be in Kinshasa or Kigali, accountable for the crimes of those who act in their name. Without such accountability, lasting peace in North Kivu would seem to remain a distant dream.