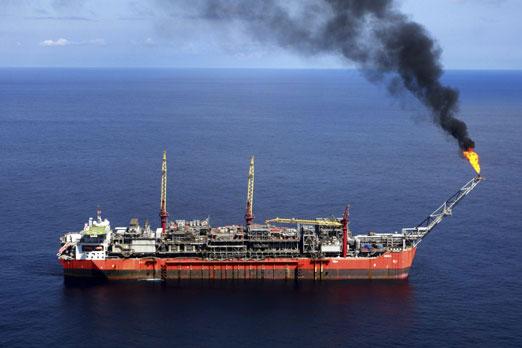 Liberians are wary of new oil finds and seek to hold government to account over contracts and revenues.

News released at the end of February that Liberia was on the cusp of an unprecedented oil discovery garnered much more than just praise and adulation. Listservs and websites lit up one by one with lightening speed. Liberians reacted like rabid bulldogs frothing at the mouth, barking at the Liberian government, oil giants Chevron, Anadarko, and the relatively unknown African Petroleum about the dangers of the “˜resource curse’. These energetic reactions from an increasingly politicised population are perhaps evidence of the healthy debate that never quite got off the ground in Nigeria when that country first discovered oil.

Some commentators are likening the West African sub-region to the old “˜Wild West,’ with oil figuring prominently as a site of multiple contestations: political, social and economic. AllAfrica.com reported that, according to the U.S. Geological Survey, West Africa’s coast, which covers Liberia, Sierra Leone, and Guinea, is home to an estimated 3,200 million barrels of oil and 23,629 cubic feet of gas. Nigeria’s oil woes, marked by often violent anti-government actions in Ogoniland and across the Niger Delta, have been a sobering lesson of what can go wrong. Sierra Leone, which discovered oil in 2009, is being accused of speeding through its Petroleum Act vetting process, which was largely guided by agreements with oil companies and lacked proper civil society engagement. Ghana has followed a slightly different, and perhaps healthier, trajectory. When oil was discovered in 2007 government made some attempt to engage with civil society at large, even enabling petroleum agreements to be posted on the Ministry of Energy’s website.

As the global population expands and countries like China and the U.S. compete for dwindling energy resources, oil and gas could become a springboard for Africa to leverage its relatively untapped potential. But in all the excitement we shouldn’t have selective amnesia – it isn’t hard to find examples of oil resources having a negative effect in the political sphere. For example, oil revenues helped Sudan fund the government’s war in the 1990s against what is now the sovereign nation-state of South Sudan. In Congo-Brazzaville in 1997, President Denis Sassou-Nguesso’s private militia used money obtained from the sale of rights to Congo’s future oil production to fuel a four-month war against incumbent President Pascal Lissouba. And Angola’s vast oil reserves were used by the government to set up oil for arms deals with its international business partners, which enabled these stakeholders to profit directly from the civil war in that country.[i]

The difference between then and now is that the political space seems to be shifting away from being the exclusive domain of the rich and powerful. Civil society groups across Africa are partnering with media watchdogs, and organisations such as Global Witness are producing a plethora of reports which have become a thorn in the flesh of multinational oil companies and governments. Civil society is showing that it will not take the granting of new oil concessions lightly. This is why the Publish What You Pay Campaign was launched in June 2002 – to demand that companies with the extractive industry publish all their payments to governments and public agencies in the countries where they do business, and that host governments publish all receipts of these payments. This resulted in the Extractive Industries Transparency Initiative (EITI), to which Liberia is a signatory. The Liberia Extractive Industries Transparency Initiative (LEITI) recently established a resource center to increase opportunities for government and civil society to have access to information on resource governance and the attendant benefits that can be derived.

Whilst Liberia has thus far in its history avoided the “˜resource curse’ (instead facing accusations of “˜growth without development’) there is evidence to suggest that its management of natural resource wealth could display many of the characteristics of its more dysfunctional (in this regard, at least) neighbour, Nigeria. A Feb. 22 article by Foreign Policy Magazine traced an allegedly dubious money trail linking Chevron to bribes given to the Liberian Legislature for awarding two small firms four oil concessions off the country’s coast. The FP article was based on a report by former Auditor General of Liberia, John Morlu. A recent report by Global Witness also set off alarm bells, accusing the Government of Liberia of illegally awarding contracts to companies with little to no experience in the sector in exchange for bribes. The report states that Liberia is currently unprepared for the unintended consequences of oil discovery because governance structures have not been erected to curb mismanagement. Now under new management, the National Oil Company of Liberia has responded to the report by arguing that it has devised “˜four guiding principles’ to “use any revenue from oil to secure the maximum benefit of the Liberian people through development and investment.” Those principles include safety, health and environmental care; unprecedented transparency; sustainability; and inclusiveness. These are worthy sentiments, one must agree, if the necessary structures are put in place to make them a reality.

The fact that media organisations, civil society groups, and Liberian citizens are already flagging these issues with the Liberian government is however encouraging. We may be a long way from the lofty goals of the “˜derivation principle’ attempted in Nigeria “” in which it was suggested that extractive industries revenues should be distributed to the country’s semi-autonomous regions based on the percentage of its possession of the natural resource in question “” but we have come a long way since those 20th century ideals were subverted. In conversation two weeks ago in London with Silas Siakor, an environmental justice activist from Liberia, it became clear to me that the recent rounds of debates around the oil question are far from over. Siakor and other activists are simply not prepared to let this issue drift.

Black gold, as oil is euphemistically called, has the potential to transform a post-conflict country like Liberia, but it cannot do so in the absence of strong reporting mechanisms, an engaged populace, and the political will from the government. It seems that Liberia is now in a better place to do what is required to make good the potential boon that oil wealth provides. This is, if nothing else, an example of “˜learning from experience’ gleaned from observation of many decades of failure in other oil-producing African countries.

[i] Hayman, G. and C. Crossin (2005). “Revenue Transparency and the Publish What You Pay Campaign” in Ballentine, K. and H. Nitzschke (eds). Profiting from Peace: Managing the Resource Dimensions of Civil War. Boulder: Lynne Rienner, 264.