Will London 2012 Awaken the African Diaspora’s Consciousness? – By Kenneth Umeh 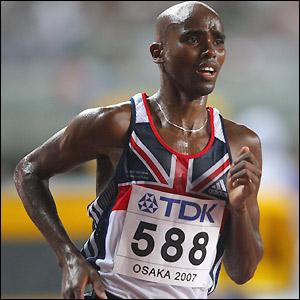 Mo Farah - British-Somali runner and a genuine contender for a gold medal at London 2012.

If you don’t know the story of Mo Farah now, you almost certainly will the day after the 5,000 metres Olympic final on Saturday 11th August. Mo came from Somalia to the United Kingdom at the age of 8 unable to speak a word of English. He discovered, loved (and latterly) conquered athletics  and today stands on the cusp of Olympic glory for himself, for Team GB and for a generation of young men and women from Britain.

Similarly, Luol Deng fled from what is now South Sudan as a child and became a British citizen in 2006. Today he plays basketball in the NBA for the Chicago Bulls and will also represent Team GB in the Olympics.

With every Olympic Games new heroes and role models are born – the sporting stories of Mo Farah and Luol Deng are still being written, but their early chapters start in some of the poorest parts of Africa. Competing today for Team GB, they are in a position to inspire generations of young British sportsmen and women. In every playground and sports field, youngsters will find athletes that they want to imitate and emulate. Relationship psychologies and how bonds form is always fascinating and in this case even more so; between now and the games of 2016 and 2020, it is likely that there will be an even greater number of young diasporans representing Great Britain in the Olympics or other major global sporting events.

“˜Legacy’ is one of the buzzwords of the 2012 Summer Olympic games but its focus seems to be limited primarily to regeneration in London and the wider United Kingdom. The cultural roots of many athletes representing Team GB suggest that “˜legacy’ should transcend these shores and, through the African Diaspora, reach into parts of Africa. Will the success of Olympians like Mo Farah and Luol Deng have a special resonance with young Britons from the Diaspora? Will it create a conscious desire to learn about their ancestry and to give something back? Will it enforce a sense of Britishness, or will it do nothing at all?

Behind the labels of Black British or Black African lie millions of stories, narratives of hope, despair and inspiration. Will gold for Mo Farah make young Diasporans proud to be British or proud to have familial origins in Somalia? Deeper questions of patriotism and nationalism evolve with each generation, and this is where older Diasporans have a role to play in cultivating the relationship and psychological bonds with the past and, most importantly, the future of the African continent. The Olympics offer the perfect opportunity for intergenerational communication within Diaspora communities, and a chance to talk about what their legacy and contribution to the continent can be.

Both Deng and Farah have set up charities working with refugees and tackling famine in the Horn of Africa, so they are already giving back and ensuring that their own legacies will not just be limited to the basketball arena, athletics track or the United Kingdom.

Will the Games lead to a re-questioning of individual identities and actions, particularly for younger member of the Diaspora? Maybe a grand reawakening is too much to ask, but the cultivation of a deeper desire to explore the lands and identities of their Olympic heroes would be a great place to start. If that is the case, then it is perhaps not so important what the likes of Mo Farah and Luol Deng do individually and on the track in cultivating a legacy, so much as what we do individually to inspire and educate younger generations of the African Diaspora about their ability to shape the future of two continents.

Kenneth Umeh is a writer and student support officer in London. He is a graduate of the School of Oriental and African studies.