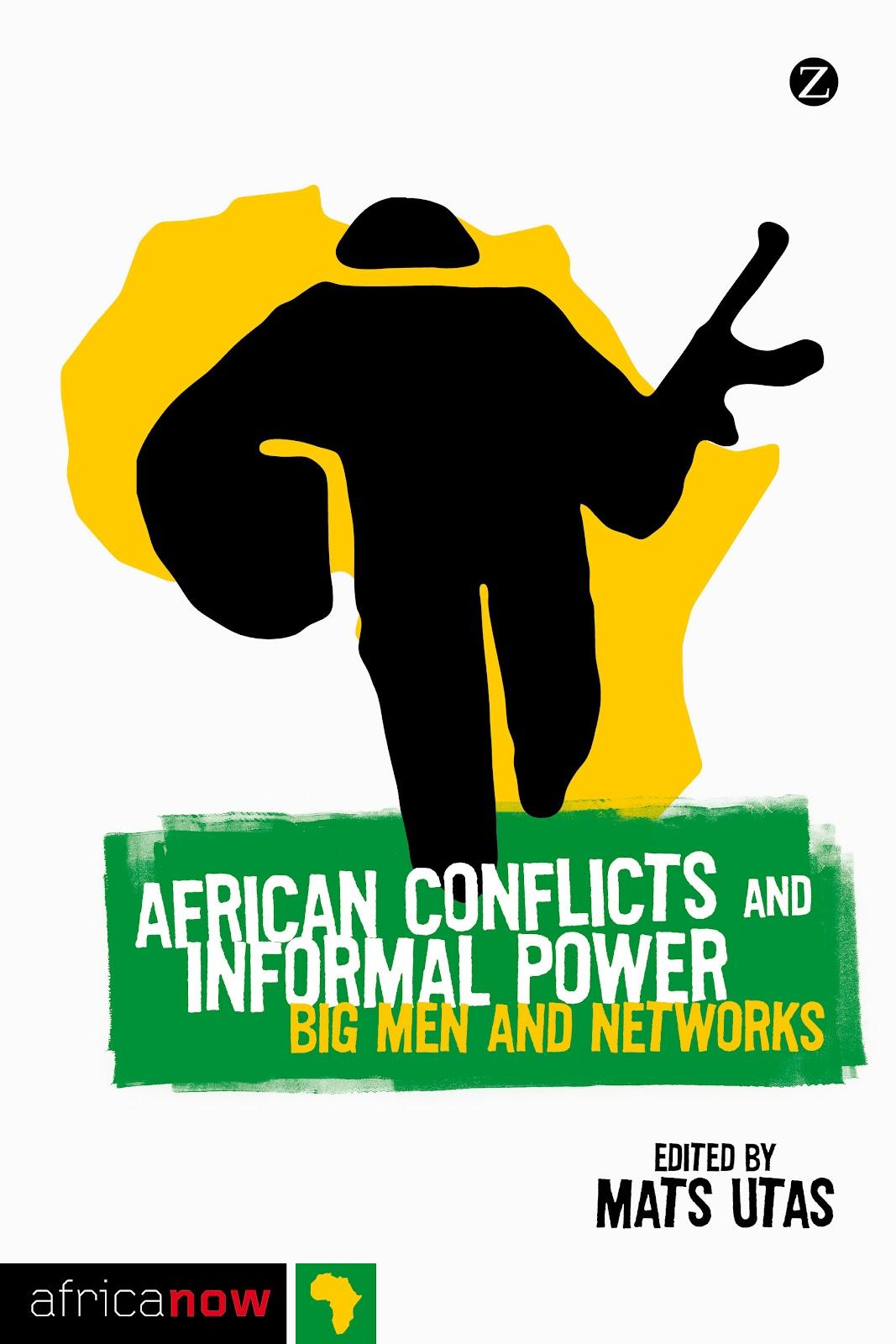 Taking up the call made by a number of recent contributions to the peace- and state-building literatures to “˜see what’s there’ (as opposed to seeing “˜what’s missing’ or “˜what should be there’), this interesting and thought-provoking volume, edited by Mats Utas of the Nordic Africa Institute, directs its attention towards the “˜actually existing’ realities of Africa’s (post-)conflict spaces. More specifically, the ten chapters on offer carefully dissect the way in which power and profit are organised and pursued in African landscapes of violence and insecurity, with a special focus on the roles played by informal networks and what the various authors refer to as Big Men. These are the “˜nodes in networks’ (p. 1) who have:

the ability to command, to instigate mass action, where authority is not structurally ascribed and socio-historically motivated but based on the Big Man’s ability to create a following and to a large extent dependent on his informal abilities to assist people privately (p. 6).

At its core then this is a descriptive work, but one with sharp analytical insights and a number of lessons relevant to those interested in the mechanics of African conflicts and the multi-layered systems of governance that underpin them. It also represents a rejection of dominant narratives of state failure in Africa and of the mantra that war is simply “˜development in reverse’, encouraging the reader to consider instead the everyday politics of control, survival and accumulation in warscapes and the agency required to engage in such practices.

African Conflicts and Informal Power is split broadly into two parts: the first contains five geographical case studies, from northern Mali (Morten Bí¸í¥s) to the eastern DRC-Uganda borderland (Koen Vlassenroot and Sandrine Perrot), while the second explores a number of thematic areas cutting across geography, including international criminal justice (Gerhard Anders) and power sharing (Ilmari Käihkí¶).[1] The book also includes an engaging introductory chapter, penned by Utas, which sets the pace and appropriately situates the ensuing analyses. The individual contributions are well selected: diverse yet related, informative yet absorbing. Read together, they combine to produce a powerful image of the Big Man and what he is all about. Yet, at the same time, each can be taken in independently, constituting as they do illuminating individual accounts of particular political economies of particular places, commodities or processes.

However, we encounter here what is arguably the most visible drawback of the volume: while the idea of the Big Man is initially appealing – and while the various chapters do a good job of describing his or her characteristics and functions – it is not clear how far this particular approach furthers both the analyses on offer as well as our understanding of conflict-affected political economies more generally. One is inclined to agree with a recent review of the text by Keith Somerville in which he argues that “˜the addition of this [the Big Man] concept doesn’t add to what are good, detailed studies in their own right’. What’s more, the concept and associated terminology feel at times tacked on or, worse, crowbarred into certain chapters. Ultimately, African Conflicts and Informal Power is a study of people; of the key figures who find themselves, or force themselves, into the centre of lucrative networks in conflict-affected situations. In this sense, the volume adds little to existing political economy approaches to conflict, which pay close attention to the motives, incentives, behaviours and interactions of powerful individuals.

Yet this in itself is perhaps an unfair and overly harsh take on what is an intriguing offering from Utas and colleagues. Conceptual semantics aside, the book has much to offer and genuinely enhances our understanding of how “˜things get done’ at moments and in places where structures, institutions and processes are generally thought to collapse. Indeed, the narrow debate about whether or not the concept of Big Men adds much is secondary to the wealth of insights uncovered by the various chapters. For example, it soon becomes clear that ordinary people’s engagement in informal networks and with Big Men is not only about social codes and norms (trust, ethnicity, culture, loyalty, expectation), but that it also has a material basis (lack of jobs or livelihood security) brought about or reinforced by the persistence of violence and absence of development once formal peace agreements have been signed. The collective contribution also provides ample evidence that war is not about collapse and breakdown, but rather about a reorganisation of existing orders of profit, power and protection (Keen 2005, on p. 62).

But for me, the volume is more than anything about the blurring of boundaries – analytical and spatial – and the (increased) hybrid nature of politics and power during and after conflict. There is considerable evidence for this throughout the book, but to focus the discussion let us first take Alex, a revenue collector in Kailahun District, eastern Sierra Leone, whose position has been bestowed upon him for his loyalty to an ex-military commander and current district council chairman. Maya Mynster Christensen guides us through key parts of Alex’s story, showing how he has gradually become an “˜official agent’ who performs a “˜multiplicity of roles’ – the rule rather than the exception for such “˜officials’, it is argued – in a context in which “˜lines between the official and the unofficial, and between the licit and the illicit, are fluid, and in which the networks regulating border economies are interconnected and overlapping’ (p. 73).

Or how about Ibrahim Ag Bahanga, a Tuareg rebel leader in northern Mali who fought his way into local government. Bí¸í¥s highlights the ambiguous, multidimensional and hybrid nature of Ag Bahanga’s role, described as he is as someone who “˜embodies the authority to command, to instigate action (war), to take, but also to argue a political case and to give (to redistribute)’ (p. 128). What we are observing here are examples in which political boundaries and clean descriptive dichotomies, usually taken for granted, are straddled and distorted by (relatively) powerful actors. Of course, such action takes place in stable, non-fragile contexts, but arguably not to the same extent as under conditions of conflict, which almost by definition bring with them profound uncertainty and contestation. The volume is also telling about the situations in which Big Men and, perhaps more significantly, informal networks tend to emerge and dominate. Their setting is one of transition and ambiguity, in moments of liminality (the collapse of official authority) and in spaces of supposed marginality (borderlands); when the natural order of things is shaken up and new and reconfigured political and economic orders emerge.

And therein lies one of the book’s major contributions: an unambiguous caution against the use of rigid categories and presupposed normative frameworks in analyses of situations which tend to be complex, vague and ever-evolving. To paraphrase and adapt the words of Henrik Vigh, who writes authoritatively on drug trafficking in West Africa, if we wish to make sense of the political dynamics of conflicts in Africa and beyond, we need to view their environments as “˜wavering and volatile rather than as a consolidated terrain’ (p. 146).

As a final observation, African Conflicts and Informal Power is perhaps above all else a testament to the strength and value of well executed, in-depth qualitative research in expanding and refining our understanding of the drivers, nature and consequences of war. Whether the approach be ethnography or political sociology, this volume demonstrates why robust qualitative inquiry is so indispensable when it comes to deciphering conflict and discovering what is really there.

To be published as a book review in a forthcoming issue of Development Policy Review.