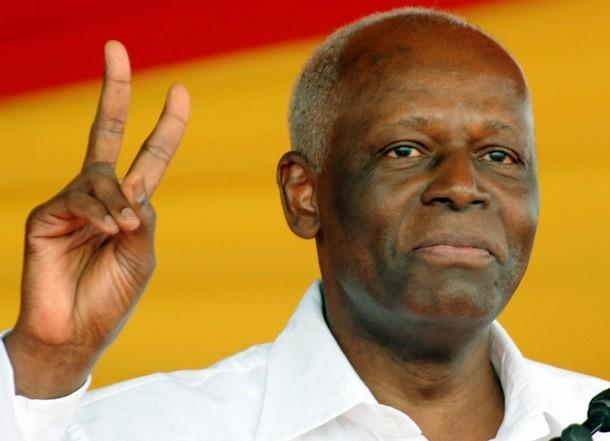 Negotiations over President Dos Santos' succession are developing as MPLA tries to consolidate its power.

Ahead of the 31 August legislative elections “” the third the country has ever known “” the situation in Angola is increasingly tense. Opposition parties denounce the work of the National Electoral Commission (CNE) as biased and warn of electoral fraud, while the ruling MPLA, using increasingly bellicose rhetoric, has threatened to match every opposition protest with a larger counter-demonstration. Anti-government youth protesters have been intimidated, abducted and tortured, attacked and indicted on fabricated charges, and framed abroad for drug smuggling. In the provinces, MPLA members hand out cash to the population, while army companies have been deployed to those areas most affected by the civil war, painting again the spectre of a return to conflict in case of an opposition win. The police have also announced they will pursue and punish anyone “˜disturbing the public order’.

How has it come to this?

In the September 2008 elections “” the first since the abortive first elections of 1992 “” the ruling MPLA took 81 percent of the vote, reducing the share of its wartime opponent, UNITA, to 16 out of a 220-seat parliament. Presidential elections, scheduled for 2009 were postponed, and in January 2010, while Angola was hosting the African Cup of Nations and public attention was conveniently distracted, the MPLA used its absolute majority to push a new constitution through parliament.

For the next months, public media expounded how this modern, model constitution promoted continuity and stability and “˜reflected Angolan realities’. Quite. By abolishing separate presidential elections, the new constitution ruled that the head of the list of candidates of the party which wins the legislative elections would automatically become President, with the second on the list becoming Vice-President. Combined with a Supreme Court ruling which stated that although dos Santos is in his 33rd year in power, he had never actually completed a mandate, this paved the way for the President to stand as the MPLA’s top candidate for two further legislative periods. And it considerably extended the President’s powers and further blurred the lines between legislative and executive, government and administration.

Beyond the fundamentally skewed electoral process, the results of 2008 reflected the deep war-weariness of Angolans, as well as the weakness of opposition parties. The population opted for stability, as the threat of a return to armed conflict was constantly, more or less subtly, depicted by the ruling party. Furthermore, the MPLA successfully demonised UNITA as the party of war and destruction while portraying President dos Santos as the “˜Architect of Peace’ and the only guarantor of stability, reconstruction, and economic growth. Opposition parties, including UNITA, failed to propose a credible alternative, or were, in the case of the FNLA, weakened by infighting. More importantly, UNITA and PRS (Social Renovation Party, currently the third-largest in parliament) accepted the electoral results for the greater good of the country, making a peaceful outcome of the elections possible.

Since then the situation has changed considerably. Angolans, marked by the experience of civil war, the disastrous 1992 elections, and ruthless purges in 1977 (the “˜27 de Maio‘), have long been afraid to speak out against the ills that befall their society. But, with a median age of 17.7 years, a new generation that scarcely remembers the war is coming of age. While Angola has been hailed as a miracle of economic growth and post-conflict recovery, attracting investors from across the world, these citizens feel that the promised “˜dividends of peace’, such as housing, education, employment, and health are still far off.

During the 2008 campaign the MPLA promised the construction of 1 million social houses, but the few homes that have been built are either small and in remote peri-urban areas, unaffordable (with prices starting at $150,000 in the new Kilamba urban development), or include plots for “˜directed self-construction’, which remain empty due to the high cost of labour. New Chinese-built hospitals crumble and stay empty for the lack of trained staff, while the medical centres catering to the elite charge daily fees of  $450. Students pay bribes to obtain the few places at public universities, while most have no means to afford the fees in the burgeoning private education sector.

In contrast, a small, well-connected elite cream off the revenues of the oil production, spending their money in the glitzy clubs on the Bay of Luanda or on shopping trips abroad. They multiply their business ventures across the sectors (and in Portugal) unhindered by any social or legal constraints.

President dos Santos and his family members have come to represent all that is not well in Angola. Inspired by the North African revolutions, a series of increasingly vocal, non-violent youth protests in Luanda and several provincial capitals since March 2011 have called for the President to step down, saying “˜32 é muito‘ (32 [years in power] is a lot). These youth protestors are invoking the rights enshrined in the new constitution – to free assembly and demonstrations without previous government authorisation. However, the regime has reacted with increasing nervousness to this numerically small but symbolically important challenge.

Emboldened by the youth protests, war veterans, mainly former MPLA soldiers, have marched towards the presidential palace of Cidade Alta, to demand the long overdue payment of pensions from their “˜commander-in-chief’ dos Santos. A first demonstration on 20 June was violently dispersed using tear gas and live ammunition, leading to the death of two protesters; then the government promised to address the grievances of the ex-soldiers. However, on 15 August, the Commission of Angolan Ex-Soldiers said their demands had not been met and announced a new march for 31 August, election day, threatening to derail the process.

Finally, opposition parties, which were initially overly cautious in voicing their support for the demands of the protesters, have also found their voice. UNITA and PRS lobbied in parliament for a more independent composition of the National Electoral Commission (CNE), and afterwards protested until the head of the CNE, a member of the MPLA’s female wing OMA, which had been appointed by the magistrates’ tribunal, was replaced. CASA-CE, a party led by UNITA dissident Abel Chivukuvuku has also attracted candidates from across the political spectrum and energised the debate, breaking up the previous MPLA-UNITA polarisation.

In the heightened political atmosphere surrounding the protests, the succession of President dos Santos, long a taboo issue, started to be openly discussed. The President favours Manuel Vicente, former CEO of state oil company Sonangol, but at the party congress in late April, this scenario failed to gain support from the party’s old guard, who found fault with his lack of political experience and his missing guerrilla credentials. Shortly after this dos Santos said he would serve the party in whichever capacity it demanded “” and stand again as head of list. In January 2012, Vicente was appointed Minister of Economic Coordination, to boost his political leadership skills, and when the MPLA finally unveiled its candidates’ list in June “” Vicente was awarded the second spot; current VP Nandó was relegated to the 14th place, indicating the momentary triumph of the “˜presidentialist’ wing over the “˜old guard’.

However, a handover to Vicente a year or two after the elections is unlikely to appease protesters or the opposition, and will exacerbate rifts within the MPLA, as there are many who resent the business ventures of the President’s family. Far from marking the start of a necessary generation change, Vicente would in fact signify the reproduction of the “˜System dos Santos’, safeguarding him and his family from scrutiny over their ill-gotten gains. Foreign analysts praise Vicente as a capable manager of Sonangol (as he ensures the continuation of the current favourable business environment), but Sonangol insiders “” as well as the US Department of Justice “” say “˜[he] is even more corrupt than dos Santos’. Under his leadership, Sonangol has repeatedly been criticised for its opaque handling of oil revenues, and a recently uncovered $32 billion gap between its accounts and those of the Ministry of Finance. Many think that Vicente’s unpopularity within the MPLA will serve as a justification for dos Santos to serve another one or even two full terms.

One week ahead of the elections, the situation in Angola is rather worrying. The President multiplies the inauguration of public works, but the MPLA’s promise to build not just one but two million houses, and to create 8 million jobs appear increasingly desperate and unrealistic. But the public media and the administration remain deeply partisan. The elections have been rescheduled from September to 31 August, two days after the President’s birthday “” a national holiday where free beer will flow for the masses. The preparation of the elections by the CNE is fundamentally skewed: its new head, while formally neutral, remains a senior judge with close ties to the ruling party, and the audit of the voters’ roll, as well as the handling and electronic processing of votes, have been outsourced to companies close to the government without public tender, raising further fears of fraud.

Much will depend on the result of the elections. If the MPLA wins with significantly more than 50 percent of the vote “” which is likely due to its control of the entire process “” the opposition will cry fraud, but the current leadership of the MPLA is extremely unlikely to relinquish power for the creation of a government of “˜national unity’. The reactions of the opposition and youth protesters, as well as the repressive measures deployed by the regime, will be decisive in determining whether Angola remains the electoral authoritarian darling of cash-strapped western countries, or goes down the path of revolt and full-blown repression.

Jon Schubert is a political analyst and a PhD Student at the Centre of African Studies, University of Edinburgh. After a year of anthropological fieldwork in Luanda, he is writing up his thesis on “˜The Politics of Paranoia “” Negotiating Political Authority in Postwar Angola’ (working title) and currently lives in Prishtina/Kosovo.