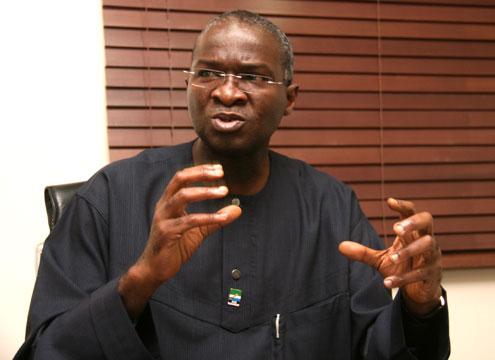 Babatunde Fashola is the 13th Governor of Lagos State, Nigeria, and one of a number of Nigerian politicians and political technocrats who currently enjoy a high-level of respect internationally. We might add Finance Minister Ngozi Okonjo Iweala and the dapper Mallam Sanusi, Governor of the Nigerian Central Bank, to this list too. This suggests a truly serious and talented core of decision makers is developing at the heart of Nigerian politics.

Fashola, however, is not a national politician, but the Governor of the country’s richest, most populous and important state. His tenure started in 2007 and followed that of mentor Bola Tinubu, for whom he acted as Chief of Staff. He commented that it was only from around 1999, when Tinubu’s tenure started, that state governors of Lagos could engage in proper strategic planning, following the resolution of some of the worst battles for the “˜political soul’ of the country.

Lagos is frequently described as a city in transition, and as Governor, Fashola must be credited with a significant role in this process. His speech focused on 2 points: current developments in infrastructure and general public works, tempered by the complaint that Lagos gives more than its due to the central Nigerian coffers, without receiving back investment commensurate with this contribution.

Lagos state is, however, investing heavily in the nuts-and-bolts of infrastructure development – waste-management, toll roads, rail links, and much more would be possible if more funds were available. Fashola argues that Lagos should have a special status conferred upon it, but “limitations” in the constitution have made this difficult to achieve. “We are undertaking much borrowing to finance what we are doing.” Unsurprising he thinks Lagos should be the focus of national investment, as the creation of a successful commercial capital – “the living room of Nigeria” – will entice further foreign investment in.

Public Private Partnerships – an oft recurring theme in discussions on infrastructure development in sub-Saharan Africa – which require foreign investment, were praised as a means by which Lagos has been able to get over the problem of insufficient support from central government.

Improvements in public procurement law, and more generally improvements in governance have enabled more money to be spent on developing projects, rather than being lost in corrupt processes associated with their implementation. However, Lagos still has a long way to go, with the Governor underlining that there remains an 85 percent deficit in waste water and sewage management. Characteristically for a man with his hands firmly on the reigns, a 10 year plan has been put in place to counter this deficit, with optimistic goals.

The Governor’s pitch to investors was implicit in his discussion of city and state’s drive to develop infrastructure. However, he also touted the city’s unfulfilled commercial potential – only 2 small malls for a growing middle class population that loves to go shopping. Surely we should all be setting up Nigerian off-shoots of high-street stores so that wealthy Lagosians no longer have to make the trip over to Central London.

Fashola presents Lagos now as a multicultural city where to can meet people from all parts of the world doing business and generally having a safe, secure and successful time. Whilst this picture may be slightly overdrawn, it is certainly a destination of serious interest for international investors with an eye on Africa.