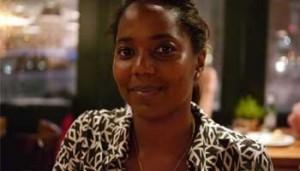 The eight Millennium Development Goals (MDGs) that have driven the global development agenda, since September 2000, when Kofi Annan, then Secretary-General of the United Nations, and 191 member states surprised the world by unanimously agreeing and making, the Millennium Declaration.

The Millennium Declaration was both a surprising and encouraging outcome for global progress.  Not long before the Millennium Declaration was signed, just the previous year, 1999, world leaders failed to launch “the Millennium Round” of trade negotiations during the Word Trade Organisation (WTO) Ministerial meeting in Seattle.  High, middle- and low-income countries could not find it in themselves to agree a global trade agenda that would benefit citizens in rich and poorer countries. In contrast, the MDGs were aspirational and unanimously adopted.  They presented a vision of the world very difficult to disagree with; a world with less hunger; with education for all, without unnecessary deaths of women and children from diseases and misfortunes that could easily be prevented.   Despite this rosy picture, however, the MDGs faced criticism from the start.  They were criticised for being too driven by a pro-aid agenda favoured by the “Triad” — the United States, Europe and Japan — that with support from the International Monetary Fund (IMF), World Bank (WB) and the Organization for Economic Cooperation and Development (OECD) had pushed through the Millennium Declaration.  Through aid disbursed to achieve the MDGs, these donor groups were said to increase their influence over national policies in aid recipient countries.

Where was Africa in all of this? The first decade of the 21st century Africa became one of the fastest growing regions in the world.  Its aggregate GDP grew an average of about 5% per year and international organisations and private sector alike started hailing the potential of the African lions.  But this progress was often marred by Africa’s development performance.

African countries, many of whom predominated in the list of the least developed countries and human development indicators, were now also singled out as being among the MDGs worse performers.  As of December 2011, Africa was on track to achieve just one goal (universal primary education) and indicators for other two MDGs gender equality and empowerment of women (goal 3), and on improved supply of potable water (goal 7).

But is Africa’s situation so bleak?  Using the MDGs as a framework may present Africa’s lack of progress on the MDGs as worse than it actually is.  The MDGs use as a benchmark to monitor progress the year 1990, and not 2000 (when they were agreed).  Africa’s growth during the 90s was poor, an average of 2% per year.   Economists like Michael Clemens, Charles Kennedy and Todd Moss estimated that Africa needed a rate of growth of at least 7% over a decade to meet the MDGs – a rate of growth that would “be in the top tenth of decades growth rates recorded 1965-2005 for all countries”.  Other countries and regions were on track to achieve some of the MDGs with lower growth rates.  So Africa started the MDG race at a disadvantage and off track to meet the MDGs because of the framework established for measuring success.

Yet, since the 1990s, poverty has been reduced in 76% of African countries (MDG 1).  More over, the rate of progress on some goals is accelerating to the point that, in some cases, Africa’s rate is faster than that of South East Asia, Latin America and the Caribbean and Western Asia.  By 2010, 11 African countries were among the top 20 countries that could report absolute progress (in terms of share of the population) on the MDGs; and countries as diverse as Ethiopia, Egypt and Angola had halved their poverty rate.

But what does this progress have to do with the MDG agenda?  Although it is difficult to empirically attribute Africa’s advance to the MDGs it is equally difficult to deny the impact that they have had on development over this period.  Groups like the Institute for Health Metrics and Evaluation (IHME) argue that progress on the achievements of the health MDGs, particularly goal 6 on infectious diseases, can be attributed to aid efforts and organisations driven by the MDGs such as the Global Fund to fight AIDS, Tuberculosis and Malaria.

The beauty of the Millennium Declaration is that it is simple, straightforward, and easy to communicate and hence to converge advocacy and mobilise global resources.  Governments, civil society, and increasingly, the private sector around the world, have adopted strategies to achieve the MDGs.  In Africa, the African Union, the African Development Bank and almost all countries have embedded the MDGs within their own institutional strategies.  Donor aid has been and is being directed to initiatives that focus and accelerate progress on the MDGs.  The MDGs have helped direct, catalyze action and drive progress on the issues identified in the Millennium Declaration.

But it is also true that the progress of Africa depends on many factors, and that not all of these can be adequately addressed through the MDGs.  Some argue that the ubiquity of their use has prevented the implementation of national strategies, more attuned to the local conditions, in favour of global goals and indicators.  Critics of the MDGs argue that the lack of consultation in developing the Millennium Declaration is the reason why issues such as equity and jobs are not properly addressed in the Millennium Declaration.

The deadline for meeting all the MDGs is 2015.  Africa will, most likely, not achieve most of them.  While work continues to accelerate action on the MDGs, a new process to define global goals after 2015 has started.  In the summer of 2012, Ms. Amina Mohammed, a Nigerian, was appointed as the UN Assistant Secretary-General on post-2015 – the person in charge of ensuring a new global development agenda is agreed.  Ms. Mohammed was Senior Special Assistant to Nigerian President on the MDGs, and was in charge of distributing US $1 billion per year of debt relief funds to achieve them.  She was known for her diligence and a personal approach to tracking money and results, which, on occasion, saw her climbing up wells to check for the water.

The global process Ms. Mohammed is overseeing is very different from the original MDG process.  This time around, governments and organisations from low- and middle-income countries are more included.  Africa is more involved this time.   Regional and country consultations are taken place on what the next MDGs should be about.  African countries have already held three regional consultations to present a common position, while national consultations are also taking place. Of the 100 countries holding consultations, 29 are African.  This is promising.  Perhaps this time around the global goals will remain aspirational but with an achievable and equitable aim for African countries.

Susana Edjang is a global health consultant with experience working in senior positions in the United Nations, the UK Parliament and leading British NGOs and health organisations.  Susana is also a Trustee of the Royal African Society.  She writes here in a personal capacity.

The (LRA) conflict: Beyond the LRA lobby ...