Kenyans should stop this fetishization of devolution – By Abdullahi Boru Halakhe 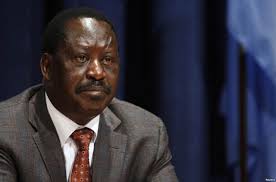 Defeated Presidential candidate Raila Odinga has called for a referendum to change aspects of the constitution that make devolution ineffective.

The petty and sometimes artificial dichotomy between pro and anti-devolution groups has stymied any meaningful and substantive discussions regarding the issue. While there are historical reasons for the pro-anti divide, the near doctrinal attachment to this line by all concerned (including the media) when discussing devolution, has fostered an atmosphere of false equivalence. It is about time we transcended these entrenched positions if the country is ever to reap any benefit arising from devolution.

Since the passage of the Kenya’s federalist constitution, devolution has been heralded as the panacea of all the ills bedeviling the country. But the citizens’ tremendous hopes have been held hostage by fighting within the political elite. Because of entrenched positions, any suggestions concerning the complexity and nuances of devolution de facto have earned one the anti-devolution tag.

Before the 2013 elections, enormous energy was expended on the ICC cases, which the president clearly stated was a “personal challenge.” The time spent debating the ICC could have been used to discuss devolution. Failure to examine issues of implementation fueled the public’s irrational exuberance over what devolution can actually deliver.

After the elections, the county governors’ ostentatious budgets received blanket coverage, and have been conveniently used by others as an argument against devolution. MPs inaugurated the era of lavish salaries for public figures, and the country, except for a few protests, has learnt to live with it. However, blowing the issue of county budgets out of proportion misses the point; the debate should be about how devolution can be rolled out.

Undoubtedly, there are political elites, civil servants, and powerful interests who are uninterested in devolution, and they have attempted to derail its implementation; especially at the national level allowing the central government to retain overarching control over county finances. Their argument is that the counties do not have the requisite capacity to absorb all the money budgeted; the counties need to be under the central government’s tutelage until they become strong enough to undertake some of the critical functions.

On the face of it, these arguments sound valid. However, if the problem of the counties is lack of capacity, isn’t the solution building their capacity, rather than using that as an excuse to delay implementation of devolution? The fear of this group rests on the assumption that the counties will become new centers of powers that will usurp their wealth and influence. These efforts will not succeed because devolution is anchored in the constitution and there is a tremendous support for it.

Where the anti–devolution group is planning on derailing the process, the pro-devolution group has not helped their own cause. Their latest effort is the push by the Coalition of Reform and Democracy (CORD), led by Raila Odinga, to call for a referendum to emend sections of the constitution that make devolution ineffective. Odinga urged senators to expedite the process of collecting a million signatures to call for a referendum for amending contentious articles of the constitution.  This latest effort is another sideshow that takes valuable time away from discussing the germane issues.

Lumping the referendum to amend the constitution with another campaign to redress the “tyranny of numbers” – reducing national elections into an ethnic census – is another distraction.  Regardless of the merit of this effort, it will always suffer from an image problem of being associated with Odinga, and the inescapable conclusion of it being another attempt by a sore loser to try and get his way. Further, it smacks of a “culture of arrogance” and entitlement that dominates the activists who consider they have the monopoly of reform by being at the forefront of 1990 reform movement.

Someone should remind Odinga and his team that they do not own devolution; devolution belongs to Kenyans, including those who elected Ruto and Kenyatta. Ruto and Kenyatta might lack strong reform credentials; Ruto opposed the passage of this constitution during the referendum in 2010. But they are the ones who are now calling for reform. Their appropriation of the reform discourse confirms that the reformers defending decentralization are still struggling to adjust to the new reality of Kenyatta’s presidency.

With or without the Odinga and Kenyatta story line, there is a need for focused discussions on the mechanics of implementing devolution instead of reducing it to a fetish to score political goals.