In South Sudan courts and justice are essential for peace: A reply to Mbeki and Mamdani – By Matthew LeRiche 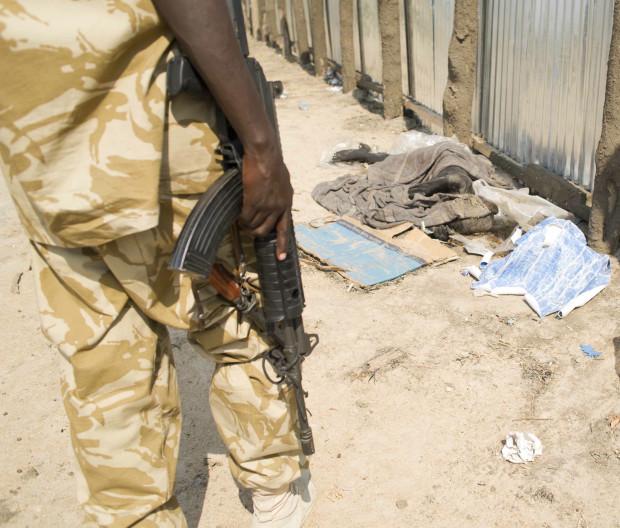 South Sudan is not South Africa. Thabo Mbeki and Mahmood Mamdani argue in their recent NY Times article that courts can’t end civil wars. No doubt on their own they cannot, but justice is a critical component for long-term peace. Peace is more than the end of war, and courts are often an essential element in bringing about peace. Using the examples of post-conflict settlements in South Africa (1990s), Mozambique (1992), and Uganda (1986), Mbeki and Mamdani argue that “Big Tent” political settlements, which bring all combatant parties – whatever their role may have been in mass violence – into the mainstream of participatory democracy, are superior to criminal trials.  This approach however prioritizes short-term stability over long-term justice and sustainable peace. Stability without justice is merely a pause in conflict.

Mbeki and Mandani’s South African cure for South Sudan’s civil conflict is not just out of place, it is out of time. While history can provide an important context, the current crisis in South Sudan has less in common with its predecessors on the continent (and elsewhere in the world) than meets the eye. Each breakdown has its own dynamic causes. Applying the same approaches, time and time again is illogical; especially considering the spectacular record of failure as in South Sudan/Sudan.

Demands for accountability might have torpedoed previous settlements in the decades-long conflicts within Sudan and South Sudan.  In the current case, however, direct accusations of criminality are a core element and catalyst of the conflict so courts of some kind have to be a part of the end game. The army has already charged approximately 20 soldiers for crimes of targeting civilians in Juba during operations against rebel forces. So there is already acceptance and scope for the use of courts. If the fledgling government is attempting to assert itself without being able to defend against threats to the state, any state building process will undoubtedly fail, further guaranteeing long-term instability and no peace. Not that it is acceptable for a government to act outside of the law and its own institutions no matter how youthful. That is why any court would have to be a part of a show of judicial independence and not just show trials to bolter Presidential authoritarian control.

Courts properly constructed and monitored could be an important part of building a broad, inclusive and comprehensive peace process that both helps cement the state and the rule of law. An added fact is that many have come to realize the major flaws inherent in the conventional peace agreements resolved in the past. Without a more inclusive construct and an element of accountability for crimes committed, many of the conflicts that previous deals were meant to solve continue to fester.

Solutions for the situation in South Sudan need to be derived from the current South Sudanese context itself. John Garang is well known to have challenged Nelson Mandela on this very point. He rejected Mandela’s call for him to adopt non-violent approaches. For Garang, the issues underlying conflict in Sudan were far different from those of Mandela’s struggle against Apartheid in South Africa.  As then, the approaches that worked in South Africa are not likely to work in South Sudan today.

Mbeki and Mamdani suggest that there is no place for a criminal court or for laying blame, and that the actions of key leaders should be decriminalized in order to resolve the underlying political issues. They ignore the very real and potent cries for justice within these so-recently brutalized communities in South Sudan, including in Akobo, Juba, Bor, Leer, Pariang, amongst many other affected communities. These South Sudanese are demanding some kind of redress – be it reparations, compensation, or admissions of wrongdoing – as a condition of a political settlement. What if communities and individuals expect responsibility for atrocity to be apportioned as part of building peace?

What if reparations or compensation of some kind continue to be demanded? And what of the fledgling state, if the core institution of the rule of law is so easily pushed aside for the expediency of short-term stability?

The fact is many South Sudanese communities have conceptions of justice which demand that responsibility be apportioned to resolve the kinds of issues currently at stake. Elements of retributive/punitive and restorative justice exist amongst the customs and traditions of South Sudanese communities. One example of this is the principle of Puk in Dinka society. Puk is essentially compensation for the dead, and if it is not undertaken properly, many believe the blood of the dead will haunt the living. Puk, in a way, is also restorative justice. Those responsible for death or killing must sustain the families of those killed. Essentially they must pay compensation to the living for their loss. Failure to address Puk can result in victims’ family, friends, and fellow-tribesmen carrying out revenge.  This could feed the cycle of violence we see in South Sudan, a cycle deeply rooted in a history of betrayals, insult, and vendetta.

Courts are not just about victims or preserving/establishing the rule of law. They are also about affording justice to the accused. Many detainees currently held by the South Sudanese government may not be guilty. Those pushing simply for release or amnesty, deny them a chance to clear their names. A proper and open court mechanism will pressure the government in Juba to prove its accusations, and will further allow the wider South Sudanese society to learn about the causes of the crisis and allow a structured, systematic, and ordered process that could facilitate the expression of accusations and responses clearly and directly.

The alternative is what is currently seen in the press and other media. There is little knowledge even of the positions of the key figures involved; the result is slander and conspiracy theory. The accused must be given their right to respond to the grave accusations made against them. The government must also be expected to establish its claims. Building a nation based on the rule of law and human rights requires at least this. Otherwise the government dictates, rather than governs, and the accused have no recourse but to mount a political or even violent defense.

Governments that have done so much to support the fledgling Republic of South Sudan have failed to lend their assistance to (and apply pressure in support of) a regional mechanism for justice. This is an area where the international community is making a major oversight. Offering to support a court, one that meets international standards, provides the opportunity to further the aim of nation building. Regardless of how the situation plays out, without a legitimate court ruling, one party or the other will always be able to leverage suspicion and accusation.

When individuals are not held responsible for their actions, entire communities and societies are left to blame, and they become the targets of future violence. Justice deferred for the sake of short-term stability will breed long-term insecurity. So it is that Dinka are blamed for the actions of President Salva Kiir, and Nuers for those of the former vice-president, Riek Machar.

Mbeki and Mamdani would buy peace using the credit of amnesty and inclusivity; these bills will come due, with interest. The result is an all-too-common cycle of violence, mediation, periods of peace, and renewed conflict.

Amnesty at it has been used in South Sudan creates an incentive for violence and destabilization. Meanwhile, those public servants diligently and loyally executing their offices, whether in the army, police or civilian ministries, grow weary and frustrated. Why work hard and remain loyal when so much benefit is afforded those who threaten insurrection? The failed endeavor of integrating forces and the failure to establish a reconciliation process since the Comprehensive Peace Agreement in 2005 have revealed this problem starkly – often with dire consequences. South Sudan needs a new approach centered on nation building and loyalty to the offices of the state. Courts help build an environment where disincentives to insurrection or destruction for personal gain are reinforced, and incentives for loyalty and constructive endeavor are created.

As I have argued elsewhere (“Not Just Another African War” – African Arguments), the situation in South Sudan is not just another African war. This is a test of new state- and nation-building concepts. Mediation and peace building that undermine the work done to date will simply cement the crisis. Rather, a constitutional process designed with accountability and national reconciliation at its heart is critically needed. The legitimacy of leadership must not be tainted by complicity in atrocity, violence, and the exploitation of identity and ethnicity for personal political ends.

If responsibility rests with leaders, then they should be held responsible. People in South Sudan are demanding this; their customs and norms demand it. Anything else is, an insult to the dead, and without reconciling this insult, the conflict can never end.

A People’s Story of Burundi