In Rwanda it is economic development that demonstrates government’s respect for human rights – By Dr. Richard Karugarama Lebero 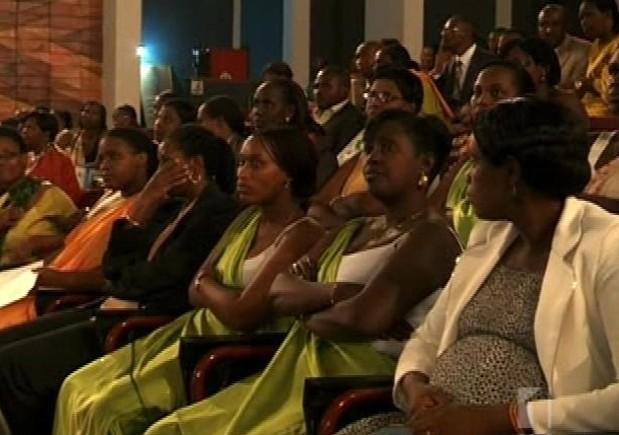 Rwandan MPs: the country has the highest percentage globally of women in parliament.

On 7th April, Rwanda marks 20 years since the 1994 genocide. A lot has been written about Rwanda’s journey and, as is to be expected, much of the commentary is misleading, lacking sufficient understanding of the extent to which Rwanda has been transformed over the last 20 years. This year’s theme – unite, remember and renew – aptly reminds us to commit ourselves towards ensuring that genocide never happens in any part of the world.

We also have the opportunity to reflect on Rwanda’s transformation and deliberate upon the lessons post conflict countries can draw from its resilience. The narrative of Rwanda’s past is one of anger and pain. Starting from the colonial period and stretching up to the 1994 genocide, Rwanda was a deeply divided society entrenched with the scourge of ethnic politics and bad leadership. Although the colonialists did not invent the Hutu and Tutsis ethnic identities (historically the labels existed), colonial intervention changed the meaning, practice and importance attached to these labels.

Following the 1994 genocide, modern Rwanda articulated and implemented a vision of co-existence between Hutus, Tutsis and Twa which emphasizes the virtues of being Rwandan. The dividends from collective reconciliation and nation rebuilding have resulted in unprecedented social, economic and political transformation.

Rwanda’s rebirth is by all measures remarkable considering that for over five decades it was characterized by systemic governance failures, authoritarian rule, entrenched ethnic tensions, corruption and a spiral of extra judicial killings. Indeed, the failure of state institutions to galvanise citizens into productive means of labour and the use of government structures as instruments of social disharmony, culminated in the horrors of 1994 and the loss of one million lives.

Twenty years after the genocide Rwanda is experiencing significant improvement in poverty levels, women and youth empowerment, transparency and accountability, democratic governance, respect for the rule of law and a profound mindset shift towards self-reliance. The depth of reforms and the increasing levels of efficiency are well captured in numerous governance and business surveys conducted periodically by reputable institutions. On the basis of the reforms, Rwanda ranks favorably across most indicators. For instance, in the 2014 World Bank “˜Doing Business Report’, Rwanda is ranked as the second most improved country in the world and the second easiest place to do business in Africa.

Despite evident improvement in social wellbeing, modern Rwanda regularly witnesses unprecedented attacks – some commentators arguing that economic development has been achieved at the expense of human rights. Historically, this type of commentary is not unprecedented and is well illustrated by the experience of Singapore – once accused of trading off human rights for economic prosperity. But Singapore’s journey from third world to first world country demonstrates that the one size fit all approach to democracy and human rights barely makes a dent in the challenge of improving the material state of people’s lives.

As Professor Kishore Mahbubani correctly argues, economic development is the only force with the power to liberate the Third World.  In essence, human rights can only be enjoyed when people are liberated from the scourge of hunger, insecurity, disease and poverty. It is also too simplistic to argue that emerging countries such as Rwanda are advancing economically at the expense of human rights. The premise of this argument overlooks the fact that strides in economic development are intertwined with respect for human rights.  The two are not mutually exclusive as there can be no economic development without the respect and protection of fundamental freedoms. The philosophical underpinning of human rights is both controversial and ambiguous because protection of fundamental rights means different things in different parts of the world.

The most recent Gallup poll best illustrates this point; it ranks Rwanda as the safest place to live in Africa with 92% of ordinary Rwandans feeling safe and secure. Additionally, the poll shows that among African countries, Rwanda is the safest place for women to flourish. Even without the Gallup survey, Rwanda’s respect for gender equality is unprecedented – 64% of Rwanda’s parliament is constituted by women (the highest globally). Moreover, the Constitution stipulates that for all leadership positions, women must constitute a minimum of 30%.

The trust and confidence ordinary Rwandans place in state institutions to guarantee security, law and order extends to other important rights such as privacy, life and dignity which are cornerstones of human existence. It is only through guaranteeing respect for the rule of law and a peaceful environment that people are able to freely exercise their right to dignity, privacy, life and freedom of expression. Put succinctly, personal liberties do not operate in a vacuum – such rights are meaningless without a certain level of development. Indeed, over the last twenty years, modern Rwanda has strived to lift ordinary people out of poverty because only when people have been liberated from it can they fully enjoy personal liberties.

Dr. Richard Karugarama Lebero (PhD) is an Investment/International Law Lawyer currently working in the Office of the President of Rwanda.