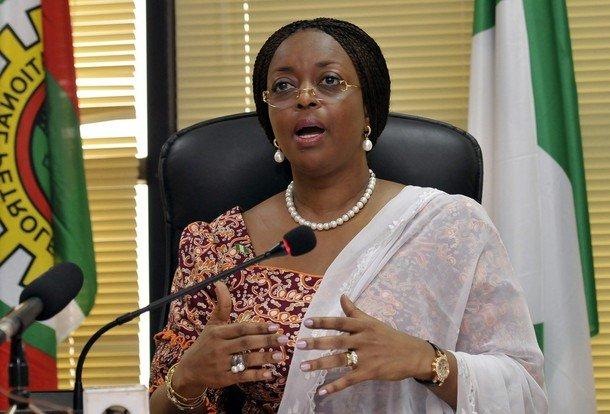 Nigeria’s Minister for Petroleum, Deziani Allison-Madueke, has heralded the retreat of oil majors from the country as empowering for indigenous firms.

When politicians, fund managers and development professionals look to highlight the success of democratic Nigeria, they typically point to one, key statistic: when the military stood down in 1999 after an almost unbroken generation in power, per capita income in Africa’s most populous state was USD1,940; by 2013, under civilian rule, it had leapt to USD5,360.

Growth in GDP has been robust, foreign reserves are up (on the precarious levels of 1999, although currently under pressure as revenues drop), debt is down, telecoms and banking have boomed. The international media regularly contrasts Nigeria’s vibrant private sector in the South with the apocalyptic brutality of the Islamist insurgency that has been sweeping the North-East of the country.

A rather less heralded statistic associated with the apparent dividends of the new constitutional era in Nigeria is the price of oil in an economy where oil and gas typically generate at least, and in recent years very much more, than 90 percent of overall export earnings. Oil was hovering around USD10 a barrel when General Abdulsalami Abubakar left office, just as prices begin a sustained an exponential boom, peaking at USD140/barrel in 2008 and until June this year still well above USD100.

In short, oil production and prices remain the cornerstone of the Nigerian economy.

Now prices are falling. In an industry were forecasting is a notoriously inexact science, there is a rare consensus as to how gloomy the outlook for the industry presently appears. Nigeria’s Finance Minister, Ngozi Okonjo-Iweala, has called for austerity measures  – no mean feat in an election year – but a sustained fall in oil prices is set to present profound challenges for a political culture untested in such a scenario.

Some of the biggest names in oil and gas in Nigeria began reviewing their position well before the current slide. Shell and partners Total and Agip have been selling interests in assets licenced to Joint Ventures with the Nigerian National Petroleum Corporation. Chevron and Conoco Phillips have also been divesting. Local companies have been taking over, doubling their slice of Nigeria’s average 2m barrels/day output, according to NNPC data, to 7 percent in 2013, up from a little over 3 percent in 2012.

Deziani Allison-Madueke, five years as Minister of Petroleum Resources, has heralded the flight as a process of empowerment that has seen foreign companies give way to indigenous players – although many are relatively unknown and have been able to raise without apparent difficulty relatively large sums without a public listing or, indeed, in some cases, any significant pedigree in upstream operations.

Shell and other players continue to see a long-term future in Nigeria in deepwater operations and liquefied natural gas, where contractual terms and security conditions are more favourable. The new entrants to the Joint Ventures will have to face unresolved issues with financing and security, licence renewals and uncertainty of the passage of the much delayed and diluted Petroleum Industry Bill, a blueprint for reform stalled in the National Assembly since 2008.

Some of the new players are widely regarded as enjoying good political links that might facilitate an improvement in the often tense and adversarial negotiations that characterised the relationship between the International Oil Companies and NNPC. In five blocks where Shell has exited, Mrs Allison-Madueke has entered into Strategic Alliance Agreements, where third-parties help raise finance in return for a lucrative share of revenue.

But structural changes in the industry will be harder to overcome. Sustained, buoyant prices and innovations in technology have encouraged huge investor interest in less developed parts of Africa. There have been major discoveries in Ghana, Uganda and Mozambique, and promising indicators in many more countries.

Critically, developments in fracking in the US have changed market dynamics:  in June 2014, the US, for the first time in a generation, sourced no oil imports at all from Nigeria. For much of the 2000s, the US was Nigeria’s principal customer, accounting for more than half of all sales. Changes in the market for gas are only more pronounced still.

Officials note the declining interest from the US has been more than offset by rising demand from Asia, and believe that falling prices may actually facilitate a more bold approach to policy making than any of Nigeria’s three post-military administration’s have contemplated.

Efforts to remove fuel subsidies, a delicate issue that triggered massive street protests in 2012 despite widespread corruption and abuse of the subsidy regime, might prove easier to implement if the cost of fuel were to be lower and falling. A more limited export market for Nigerian gas might encourage greater efforts to monetise gas locally as an energy source for newly privatised power companies looking to tackle Nigeria’s chronic and long-standing shortages – a critical constraint on efforts to develop genuine growth in the non-oil economy.

A more realistic assessment of an increasingly competitive international market even in Africa, and tighter margins on costs and profit, may also add momentum to efforts to promote the PIB and end the regulatory uncertainty that has blighted the industry in Nigeria since 2007: although there has been some movement within the ownership of existing licences, with the exception of the award of blocks to two well-connected new oil companies, no new acreage has been offered since 2006.

In his May Day speech this year, President Jonathan complained that Nigeria’s problem was not the wealth it generated, but how it had been disproportionately distributed, highlighting the issues facing an oil producing nation at the end of a long oil boom that has bought or leased more private jets than almost anywhere, but where millions still live without electricity, sanitation or even basic security.

The tension between the huge benefits that have accrued to the few compared with the meagre crumbs enjoyed by the many that have characterised the boom years will be harder to sustain in more difficult times. The new oil elite that has emerged faces a critical challenge: to sustain the conspicuous consumption of recent years and face all the potential for instability that may herald; or look to the opportunities a more competitive oil industry might generate.

Antony Goldman is director of Promedia Consulting, which specialises in political and security risk in sub-Saharan Africa.