A Man of Good Hope – Review by Richard Dowden 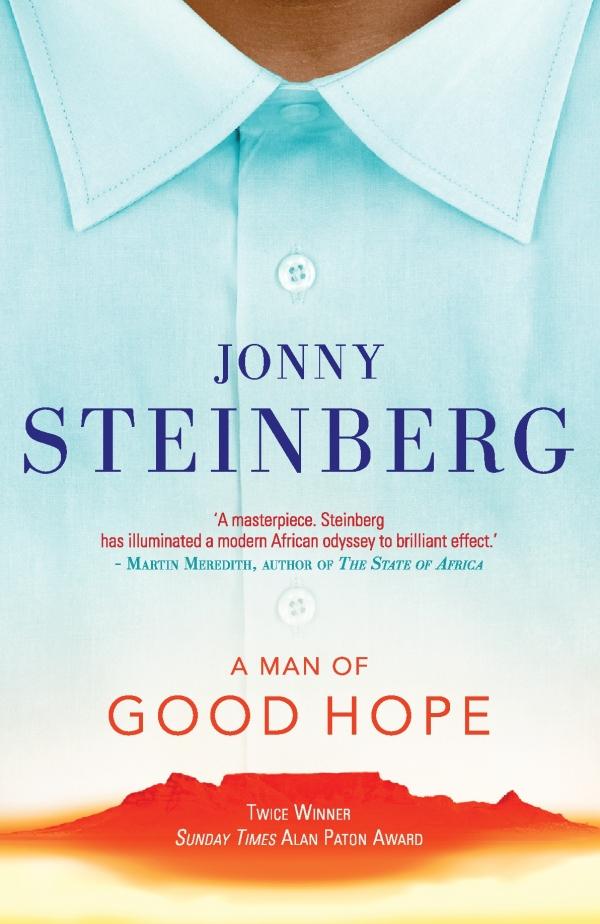 If this tale were a novel it would be unconvincing. Fate seems to conspire against Abdullahi Asad at every turn. He is a good man, intelligent and industrious. His lodestar dream is to get to America but half way through you wonder what else can possibly go wrong for him. The statistics show there are millions of Asads in Africa struggling to get out and make a life elsewhere. Occasionally I have interviewed them in a quick “vox pop” chat and glimpsed their pathetic poverty in which the word ‘choice’ does not seem to exist. This book drills down deeper and reveals someone likeable, a single face to represent the millions who are forced to live beyond the edge of a broken society. It tells one man’s extraordinary and moving story to reveal the reality of life at the bottom of the world’s worst pile.

When I started reading A Man of Good Hope, “get on with it” came to mind several times. Jonny Steinberg , a South African writer who lectures at Oxford, leads us to Asad with a slow, painstaking technique that begins very cautiously. The interview sessions – held bizarrely in his car – are described in some detail showing how trust was built between narrator and writer. He feeds back what he has written so that Asad is comfortable with it. At first I found this irritating. But as the book progresses so does the relationship, and I came to admire Steinberg’s diligence in checking and rechecking the narrative and conclusions to make this an authentic co-authorship.

Asad was born in Somalia’s capital, Mogadishu, in the early 1980s. Aged eight he sees his mother shot dead in front of him when the city is invaded by rebels and the country disintegrates. He loses his family in the flight from the city and looks after an injured woman for two years and then finds himself alone in Kenya. He moves around the region in search of his family. Later he discovers that his father lived in the same town as he but they miss each other. The family is never reunited. Homeless, with no family and often with only the clothes he wears as his possessions, Asad is buffeted around from place to place, country to country, always facing danger from thieves and officials. But he never loses hope, finding just enough work to live another day.

Asad has certain talents. Firstly he has immense determination and remarkable internal resilience. A strict Muslim, he follows the precepts of the Koran. This enables him to distance himself from his fate in the belief that it is God’s will. He never gives in to despair. Disasters are met with acceptance and pragmatism. And he retains his dream to get to America despite disasters and setbacks that would fell the strongest men. Secondly he is intelligent and resourceful. He has strong self-discipline and is hardworking, willing to do any job if it pays. Thirdly he relates well to others, reads them well and is trustworthy. I would add too that the Somali nomads’ traditions inculcate a culture of support for anyone from your clan, although the fellow clansmen he meets are all in the same predicament so they can do little for each other. But those traditions have bred a nation of extremely tough, proud and self-reliant people which make them among the world’s best travelers and adapters.

With little hard information Asad contemplates the route to America via the Mediterranean where so many Asads and their families have perished in recent years. But instead he chooses to try to get there from South Africa. Getting to South Africa from Somalia with no passport or ID through five countries looks impossible. Several decades ago I hitchhiked part of that route with a friend, thinking myself terrifically brave. I got ripped off a couple of times and was always being asked for money. Border posts were an irritant, not a problem for a British passport holder and most Africans were very welcoming and gave us lifts and advised us where to stay.

Asad’s experience of that same journey could not have been more different. The only way to cross the borders without a passport was with help from people smugglers. Finding an honest one and making a deal was hard. The price was very high – the product of years of saving and living on scraps. Betrayal is easy. As an African – or worse, distinctively Somali, passportless and defenceless, Asad is repeatedly robbed or ripped off by bus drivers, officials and police. Again and again wherever he goes the police side with the attackers or are themselves the thugs and thieves. The Kenyan and South African police are the worst.

After a series of night crossings of borders Asad gets into South Africa through a hole in the border fence. He is astonished at the newness of the roads and buildings in South Africa and its modern efficiency. Even an illegal immigrant like Asad can set up a shop. He settles in a township outside Cape Town and turns it into a profitable business. But in 2008 the poorest South Africans turned on African immigrants with appalling savagery, particularly the Somalis who often ran small shops and businesses in poorer areas, believing them to be the cause of their poverty. Asad’s partner is murdered by the mob and Asad is beaten up and lucky to escape alive. All that is left of his shop is the concrete base. He lost everything.

Throughout all of this Asad remains calm, immediately trying to rebuild and making rational choices in a world where most human beings might decide it more rational to curl up and die. During the years he is tossed this way and that by forces beyond his control like flotsam in a rough sea, but he also makes real choices, often losing what little security he has to take risks in another sea. He manages to marry and then lose one wife and marry another and have children with both.

He does finally reach America with his second wife and children but Steinberg finds no sense of exultation at his reaching the promised land. Instead there is a new set of challenges that he has little control over. The man who took extraordinarily risks to reach America is somehow diminished by its bureaucratic reality. He has to wait to be given a house and a job. Social workers take over his family. An interview with him and his family in five years time would be fascinating.

Filling Up the War Chest: The Economy ...