The IMF and Ebola: why we don’t have any good answers – By Morten Jerven 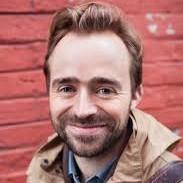 The debate on whether the IMF should shoulder any blame for the Ebola outbreak has been frustrating, even infuriating. And I predict that it is going to continue to be frustrating. This is largely because asking “Who is to blame for Ebola?” is not a good question. In turn, we have received bad answers.

That’s a bad answer. And that’s how many, including Chris Blattman summarized the view taken by Kentikelenis, King, McKee and Stuckler, the authors of a recent article in The Lancet. It should be noted that they carefully phrased their conclusion as “it could be that the IMF had contributed to the circumstances that enabled the crisis to arise in the first place”.

Moreover, it was a response motivated by the IMF’s announcement of US$ 430 million of funding to fight Ebola. The IMF was selling itself as the solution to Ebola. Meanwhile, as they and others show, one could plausibly argue that IMF was part of the problem. In any case, however carefully it was caveated, the study was re-reported as saying that the IMF was to blame, which in turn spun the debate towards a “˜whose fault is it?’ kind of game.

I bet that the IMF really wanted to say: “Hey, we did our best, but it is impossible to work with these countries,” but for obvious reasons couldn’t. It was left to other commentators to blame country authorities, which in political science lingo is phrased as “lacking state capacity”, exhibiting “bad governance” or “low quality institutions”.

The mainstream political science view was presented by Chris Blattman in his first response on the Washington Post’s political science blog “˜The Monkey Cage’. This is about state capacity, and it is wrong to assume that Africa is a blank slate where you can just implement perfect policies.

Blattman implicitly evokes the statistical economic growth and political science literature. According to this literature, “˜good’ or “˜bad’ external policy advice makes little difference in countries like Sierra Leone, Liberia and Guinea because the political institutions are not good enough to implement it in the first place.

I am not that impressed with the research this argument relies on. Sure, according to the regression results numerical data representing high ethnic fragmentation, colonial institutions, geography and the slave trade (to mention a few) are correlated with numerical data representing “˜bad’ institutions, “˜bad’ policy and low income per capita today.

I have got two main problems with this. One is that it carries the “˜Why aren’t you more like Denmark?’ policy implication. The lesson from the regression is that Uganda would be rich like Sweden if it had institutions like Sweden. Not only may there be reversal causality, but it is not a given that Sweden and Uganda should have the same institutional framework.

Second, it is often forgotten that if you read the regression results, only a fraction of the development outcomes today can be explained by these different “˜historical’ factors. So while I do sympathise with the view that is wrong to ignore politics and history –I think that the literature that warns against the blank slate approach is equally wrong about ignoring the fact that recent history and current actions do actually have decisive impacts.

The causality is messy. Because it is cleaner econometrically, messy current day politics is often treated as an outcome. Yes, the answer is in politics and history, but of course the IMF plays a role in that history.

I could not make up a weaker response for the IMF than the one they came up with. They ran some econometric tests (with the fiscal data they themselves help country authorities to aggregate, by the way) – et voilí : “we find an increase in health spending as a percent of GDP. In Guinea, spending increased by 0.7 percentage points, in Liberia by 1.6 points and in Sierra Leone by 0.24 points (from 2010 to 2013).”

In my experience, with error margins in official statistics like this (remember, the denominator is GDP which can be a bit wobbly), that is not enough to assert direction of change. Also, if you calculate how much this “˜increase’ is in US dollar terms, we are talking about 0.3 cents per capita per day. Not a whole lot.

And it distracts from the real pattern. Look here, what happens to health spending as a share of GDP according to World Development Indicators with data from 1998 to 2012. The pattern is stagnation. We start at 15 percent in Sierra Leone and end up at 15 percent. We start at 6 percent in Guinea and we end up with 6 percent. There’s an increase in Liberia, but that’s the end of the civil war. So to find a percentage fraction in this history and say, “look that’s me,” is not a good answer.

We need better research questions to get better answers. The answers I reviewed here are all pretty sloppy. Contesting who is to blame, and who causes one or another dollar increase will inevitably rely on too many implausible counterfactuals: Would Sierra Leone have had a better health system if it was allowed to engage in more deficit spending? Would Guinea be more affluent today if policy advice in the 1980s had been better? Would Liberia have done better in a different climatic zone? I suspect that how convincing different stakeholders find the evidence that is put forward ultimately reflects their prior beliefs as much the quality of the evidence.

The question that should be posed is whether the Ebola crisis has shown that over the past decades the IMF has focused too much on fiscal discipline and too little on the ability of countries to deliver services, education and health.

Most agree that too much was cut in the 1980s and 1990s, and there are bits and pieces of evidence provided in the study that show that the priority given to increasing capacity to deliver health services in Sierra Leone, Liberia and Guinea was not high enough.

Whether the IMF really caused health expenditure to increase 0.24 percentage points is irrelevant. The question is whether the IMF needs to reshape its focus on capacity to the delivery of health and education when discussing fiscal issues – or whether it should narrowly focus on balancing the books.

Olusegun Obasanjo: Whose Side is He On? ...