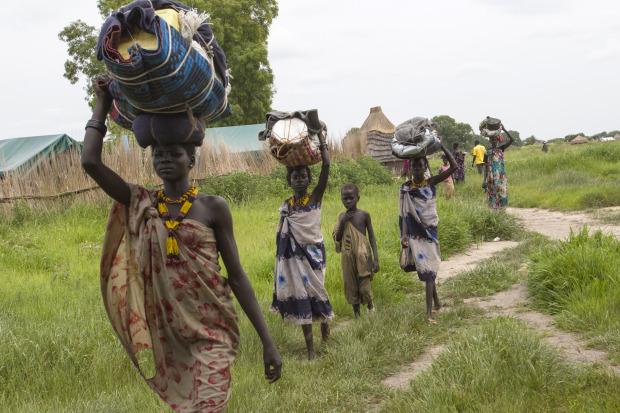 Amidst protracted conflict with Nuer rebels and a peace-negotiation impasse in Addis Ababa, the Government of South Sudan (GOSS) is also one year in to a brave political experiment granting semi-autonomous governance to a former rebel commander in southern Jonglei – a place that is largely home to the Murle people and smaller communities like the Jei, Anyuak and Kachipo.

On 30 January 2014, the GOSS formally codified a peace agreement between itself and David Yau Yau’s Cobra faction under the broader South Sudan Defense Movement/Army (SSDM/A). On 9 May, a presidential decree led to the creation of the Greater Pibor Administrative Area (GPAA), and Yau Yau was made administrator-in-chief in the region. According to the pronouncement, the GPAA would have independent government structures, be recognized at par with other states within South Sudan, and citizens of the GPAA could be appointed to national positions directly by the President. By most accounts, such a deal is unparalleled and Yau Yau appears to have drawn a good hand.

South Sudan, itself a product of a secession, is not unaccustomed to homegrown feats of dissent. Beset by political fissures and problems of elite conflict in the post-CPA era, the GOSS has attempted to bring rebel groups into the frame of “˜normal’ politics either by forcing their hand or offering incentives like blanket amnesties and military promotions.

Reaction to this process gave rise to the outbreak of a series of small wars between the SPLA and various non-state armed groups in 2010 and 2011. By mid-2013 however, almost all these groups’ leaders had accepted face-saving integration into the SPLA, been killed in action, moved north of the border or simply become inconsequential.[1] David Yau Yau’s Cobra Faction remained the last bastion of resistance, and its latest peace deal with the government – involving self-governance and partial territorial sovereignty – remains unprecedented in character and scope.

The “˜Murle secession’, although it is not always termed as such, is problematic from a state’s perspective because it implies the existence of a challenge to the dominion of South Sudan. So why and how did Yau Yau succeed in obtaining the sort of concessions that others failed to acquire?

A definitive answer is hard to come by, although several conjectures may be made: First, geographic concentration of the Murle is likely to have influenced and reinforced their separatist stance vis-í -vis the rest of South Sudan. Furthermore, the moment may have been opportune – given southern Jonglei’s strategic geographic location as a buffer between the Nuer-controlled Greater Upper Nile and the Equatorias, alienating the Murle on the advent of the newest civil war may have been perceived by the GOSS as a bad idea.

Last but not least, it is also likely that Yau Yau may have made a highly cognizant and judicious gamble in pursuing a “just about right” self-determination claim and carefully balancing external perceptions – neither appearing too soft (thus avoiding the fear of not being taken seriously) nor pursuing too radical an agenda (and by extension, being regarded a serious threat).

As Yau Yau engages with communities within the GPAA and transforms his militant group into an acceptable political entity, he has focused, sometimes by choice and often out of compulsion, on social welfare, economic development and building sustainable security arrangements. Schools have been renovated, agricultural activities restarted and health facilities re-introduced for the first time in a long time.

In September 2014, Yau Yau appointed seven commissioners, followed by additional ministerial appointments in December to kick-start local governance institution building.[2] A selection process for the GPAA council is underway and Pibor town has emerged as the de facto center. As of November 2014, local authorities have also started implementing fiscal policies to compensate for budgetary shortfall, and Yau Yau’s group have begun levying taxes on traded commodities and goods being moved in or out of the area.

Yet, the process of building a state within a state does not come without its own set of challenges. Amidst its institutional enterprises and promises of democratic representation, Yau Yau’s state system has had the whiff of hegemonic centralization. For example, in September 2014, Pochalla North youth communities protested the appointment of their county commissioner, a man known to be a close associate of Yau Yau, in favor of another nominee who was believed to have been deprived the post despite securing a higher vote count.

In October, Yau Yau’s choices for county commissioner for Fertait, Likuangole and North Pochalla were also rejected by local communities. Additionally, the Jie, an ethnic minority within the GPAA, have accused Yau Yau of taking a hard stance against them and failing to incorporate their demands for a separate county.[3] Some among the Jie community also felt the need to form their own separate armed group to protect the community’s interests. The GPAA project faces substantial discredit from within its constituency, and demarcation of the GPAA’s internal and external borders remains contested.[4] Internally displaced people returning to the area in the last few months have found their homes occupied by some of Yau Yau’s men.

Considerable confusion persists about the exact political and security arrangement between the GOSS and the GPAA. Some officials continue to see the GPAA as part of the Jonglei region, a position that Yau Yau and his deputies vehemently oppose. Some have suggested that members of parliament and ministers from Pibor serving in the central government ought to plausibly be removed from office and reinstated within the GPAA. Relations between the government and Yau Yau have further been strained over the SPLA’s presence in the area, procedural aspects of integration of the Cobra Faction into South Sudan’s armed forces, and his tumultuous relationship with Nuer rebel forces.

GOSS rejected an earlier proposal to integrate Yau Yau’s men as two divisions in the SPLA (at one point they claimed to be more than 27,000 strong), and although some of Yau Yau’s forces collocate with the SPLA in Pibor, a date for formal integration has yet to be set. Delays in the security sector reform process have left members of the Cobra faction in a state of limbo, some of whom are rumored to be facing food shortages.

Internal and external security for the GPAA remains weak. Earlier in 2014, a split within the Cobra faction occurred between elements aligned with the SPLA, those who chose to remain independent, and others who teamed up with estranged deputies. Tensions with the SPLA also escalated after Brigadier General Joshua Konyi, disfavored by Yau Yau, was temporarily appointed as the SPLA commander in the GPAA in December 2014 (his appointment was allegedly canceled after Yau Yau lodged a protest) and James Kuburin, a former member and later enemy of Yau Yau’s top military brass, was relocated in the GPAA with the SPLA. Furthermore, in October and November 2014, in Pibor town and Fertait County, fighting between the Lango and Kurenen and Nyakurumo – various age sets of the Murle – led to several casualties.

Continued clashes in December between the Lango age set – who have historically supported Yau Yau, but may have felt disenfranchised of late – and members of the Cobra faction threatened to undermine Yau Yau’s position as chief administrator in the GPAA. Yau Yau reportedly traveled around the GPAA in the last several months mobilizing youth from minority communities like the Anyuak to join the SPLA. Simultaneously however, he has created rivals among the Dinka Bor by resisting the idea of teaming up with the SPLA to clash directly with Nuer rebel groups from further north.

Yau Yau’s efforts to carve out his personal dominion may be well-intentioned and his control over the GPAA thus-far complete, however, in many ways he has been thrust into a situation that mirrors the problems that South Sudan has always faced. In trying to design a functioning framework for the realization of Murle minority rights in the midst of protracted warfare, the GPAA has become a microcosm of all that could possibly go right and wrong with governance at large in South Sudan.

Mayank Bubna is a researcher who has worked in various capacities in South Sudan since 2010. His travels in the region have taken him to Jonglei, Unity, Upper Nile, Central Equatoria, Abyei and Khartoum. Some of his past work can be sourced online.