From One Campaign to the Next: Buhari and the Battle against Boko Haram – By Jacob Zenn 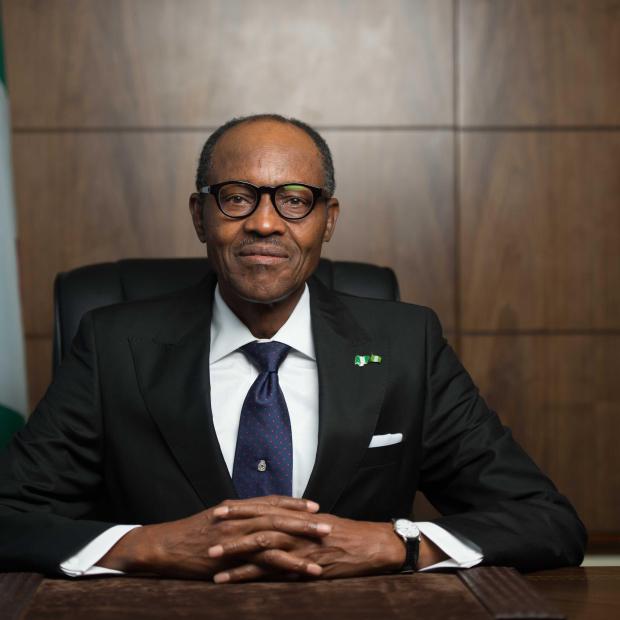 On April 1, Nigeria’s electoral commission announced that Muhammadu Buhari had won Nigeria’s presidential election. This was monumental for the country. For the first time in the Nigeria’s history, one elected leader succeeded another elected leader. Moreover, that a free and fair election with few reports of violence could take place amid the ongoing Boko Haram insurgency was an additional feat.

Although Boko Haram did not live up to leader Abubakar Shekau’s threats to disrupt the elections, the group was nonetheless a major point of debate between supporters of Buhari and incumbent candidate Goodluck Jonathan during campaign season. Supporters of Buhari often charged Jonathan with a lackluster effort in combating Boko Haram. They pointed to the Commander-in-Chief’s inability to rescue the 250 girls Boko Haram kidnapped in Chibok and Shekau’s declaration of a Caliphate in northeastern Nigeria as examples of Jonathan’s weakness on the military front. Buhari, who was a military leader of Nigeria in the 1980s, promised to defeat Boko Haram where Jonathan could not.

Some of Jonathan’s supporters, however, alleged that Buhari and other northern Muslims aided Boko Haram for the purpose of tarnishing Jonathan’s image. They also countered arguments about Jonathan’s military ineffectiveness by pointing to the offensive the government launched against Boko Haram (after the original election date was postponed) on February 14 as evidence that Jonathan was able to defeat Boko Haram. This offensive, which benefited from Chadian, Nigerien and Cameroonian troop deployments in Nigeria’s borderlands, drove Boko Haram from most of the towns it occupied in northeastern Nigeria, including its “˜capital’ of Gwoza, which Boko Haram renamed “˜Dar al-Hikma’ (“˜House of Wisdom’ in Arabic).

With his victory in the election, the time has now come for Buhari to act on his campaign pledges to “˜crush’ Boko Haram and vindicate his supporters. Buhari will be judged on whether he makes progress in the counter-insurgency effort and he will be held accountable in five years. If the Boko Haram insurgency continues unabated, it will be difficult for Buhari to argue that he deserves a new term as president.

There are several reasons why Buhari may be successful in countering the Boko Haram insurgency in the next five years. Yet, Boko Haram, which is more resilient and adaptable that most observers anticipated, can also employ tactics to stay relevant in Nigeria and the sub-region. This is increasingly the case given the potential benefits to Boko Haram of Shekau’s pledge of allegiance to Islamic State leader Abubakar al-Baghdadi (and al-Baghdadi’s acceptance of the pledge) and Islamic State’s enthusiasm for Boko Haram as its largest affiliate.

One of Buhari’s main campaign promises was his pledge to end corruption in Nigeria. Under previous administrations, funds for the military were siphoned into the pockets of elites, which led to a hole in funding for procurement of equipment, weapons and training for Nigerian troops. This also led to the demoralization of troops who were not adequately prepared to combat Boko Haram, which received many high-grade weapons from the stockpiles of former Libyan leader Muammar al-Qadaffi.

In addition, as a former General, Buhari may be more closely attuned to the demands of the military and the sentiments of its troops. A full-scale anti-corruption and accountability drive could lead to improved morale among Nigerian troops and better relations with international partners like the US and UK. Revived relations and trust between Nigeria and allies abroad could open opportunities for greater military-to-military collaboration; from intelligence-sharing on Boko Haram’s international networks to provision of new weapons to counter the group.

Another factor that may provide a boost to Buhari’s capacity to combat Boko Haram relates to his identity. As a Muslim from northern Nigeria, Buhari’s victory in the election will likely assuage concerns – whether real or perceived – among other Muslim northerners that the democratic system leaves them marginalized from the center of power in the country. This, in turn, could undercut some of the support base of Boko Haram in northern Nigeria. Goodluck Jonathan’s landslide victory over Buhari in 2011 took place amid allegations of fraud and post-election violence. However, the success of Nigerian democracy in 2015 shows that a Muslim or a Christian can win the presidential election. Moreover, the smooth election undermines the narrative of Boko Haram and other extremists that democracy is futile for Muslims and that only an idealized Islamic State can empower them.

Even with several factors working in Buhari’s favor, Boko Haram will still be a threat to Nigeria and the sub-region. One of its advantages is its alliance with Islamic State, which was launched with Shekau’s pledge to al-Baghdadi on March 7, al-Baghdadi’s spokesman’s acceptance of it on March 12, and celebrations of the alliance by affiliates of Islamic State from al-Raqqa, Syria, to “˜Euphrates Province‘ on the Iraqi-Syrian border, to “˜Tigris Province‘ in Iraq, to Tripoli, Libya, to Jund al-Khalifa’s bases in Central Algeria. In the weeks prior to this pledge, Boko Haram had already been increasing its French language propaganda, especially on Twitter and videos released on jihadist websites. This suggested that Boko Haram was expanding operations into the territories of Nigeria’s French-speaking neighbours, such as Niger, Chad and Cameroon. Islamic State also renamed and re-branded Boko Haram as the “˜Islamic State in West Africa.’

What this means for Nigeria is that even if the offensive against Boko Haram drives militants from bases in Borno, they will likely use other countries in West Africa for recruitment, logistics and as hideouts. Islamic State has, in turn, already activated its human and online networks to encourage fighters from West Africa who cannot travel to other Islamic State wilayas in Libya or the Middle East to go to Nigeria and join Islamic State in West Africa. In the future, Islamic State may also seek to leverage West African members not only as foreign fighters deployed in West Africa, but also in Europe if it can gain traction among the West African diaspora.

Since launching the “˜jihad’ in 2010, Boko Haram has also proven adept at biding its time and then re-launching attacks when the security forces let down their guard. This is what happened several months after the government launched a State of Emergency offensive against Boko Haram in May 2013. Boko Haram may repeat this tactic now in the wake of the pre-election offensive and wait until Buhari focuses on domestic or international issues and then re-activate cells throughout the country.

It will be up to Buhari as the new Commander-in-Chief to keep up the momentum against Boko Haram if the militants lie low and do not carry out attacks for the first several months of his presidency. Moreover, it will be a test of his diplomatic tact to see how well he can coordinate Nigeria’s counter-insurgency campaign with the country’s neighbours and international partners to prevent financing, recruitment and arms from flowing to Boko Haram from Islamic State affiliates throughout West Africa.

Having won the presidential election and returned to a position of national leadership for the first time in nearly three decades, Muhammadu Buhari is faced with a military challenge, but this time he will be in civilian shoes. Waging a counter-insurgency campaign against Boko Haram while also fulfilling his campaign pledges to root out corruption and enhance Nigerian democracy will form the core components of Buhari’s legacy. Fortunately for him, fulfilling these two goals on anti-corruption and democracy will also be crucial to his success in providing the military with the resources and narrative it needs to once and for all “crush” Boko Haram and its violent ideology.

Jacob Zenn is an analyst of African and Eurasian Affairs at The Jamestown Foundation in Washington DC. In 2013, he provided testimony to the U.S. Congress on “The Continuing Threat of Boko Haram and Ansaru.” He writes in his capacity as an independent expert and his views do not engage any of the policies or positions of current institutional clients.

The Truth about the Lies: Women, violence ...