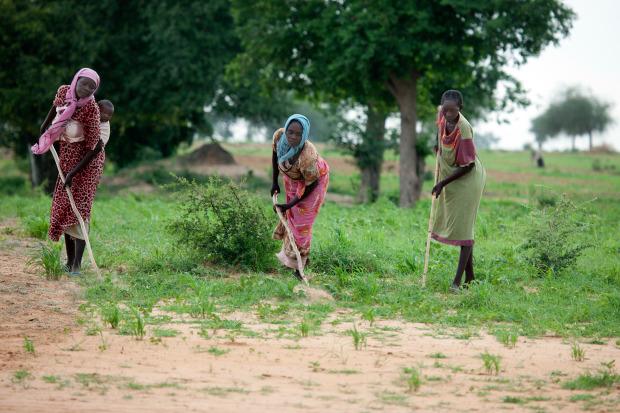 There has been a global awakening to the opportunities and costs of land grabs in Africa. Academics and activists are duly investigating the scope and impacts of large-scale land seizures; the plight of victims has gained recognition; and there are moves to promote “˜responsible’ corporate investments. In contribution to the ongoing debates, we propose a closer focus on the responses of justice mechanisms.

First, it is questionable whether statutory law represents, let alone protects, existing rights in land. In many parts of Africa, social norms and customary law understand land to be a social good not a commodity; land is felt to be a human right, yet it is not clearly expressed as such in national – still less – international law.

Second, justice mechanisms are ill-equipped to prevent land grabs, given that the mere prospect of an increase in the value of African land produces contention in advance of any actual investment.

Third, the apparatus of justice and law enforcement is being employed to arrest or intimidate those who are resisting investments out of desperation to protect their birth-right and have no prospect of alternative livelihoods. This is a recipe for conflict, but victims of land grabs often still resist peacefully and seek to pursue their rights through the courts. Apart from violence, the justice system may be their sole recourse.

The plight of impoverished Africans whose land is ripe for investment was embodied by a group of elderly women from Amuru district in Northern Uganda on 16 April 2015. In a symbolic protest, they tore off their clothes publicly and threw themselves naked on the ground in front of land surveyors, government officials and soldiers. They demanded to know why government is “˜targeting their land’, leading the protests of a crowd of hundreds of residents of Apaa parish against an illegal attempt to demarcate the boundary between Amuru and neighbouring Adjumani district. The women of Amuru are unlikely to win international plaudits but – like Nobel-laureate Leymah Gbowee’s threat to disrobe at the Liberian peace talks of 2003 – their breach of a social taboo did change minds. The Amuru-Adjumani demarcation team turned back.

However, the reprieve was short-lived; MPs have decided to push ahead with the border demarcation, although tensions remain high. Some local people are convinced that the demarcation is not simply intended to clarify borders, to end interethnic disputes with the neighbouring Madis, or to protect wildlife in the East Madi Game Reserve. Instead, they fear a land grab fuelled by the personal business interests of powerful political and military figures – their land has potential for agricultural and wildlife development but it is also rumoured to be rich in minerals (and oil was discovered in neighbouring Nwoya). Their best hope may lie with their ongoing appeal to the courts.

There are possibilities for legal activism to protect communities affected by land grabs. In the face of it, contemporary African governments and civil societies have made some progress towards securing property rights in law. Some of Africa’s newest constitutions and land policies also show sensitivity to communal land rights. South Sudan’s 2011 constitution declares: “˜all land in South Sudan is owned by the people of South Sudan’ and only allows for its expropriation “˜in the public interest’. Uganda’s National Land Policy of 2013 aims to transform a “˜peasant society’ into a modern urban and industrialised economy, but it still recognises in principle the need to protect the land rights of marginalised groups and communities.

Such legislation is often not sufficient to secure historical rights to land use in Africa, which have provided (albeit modest) social security to the majority over generations, but it can offer some leverage. And without the offer of alternative safety nets, and full recognition of implicit rights to land, there is certainly a need to protect community rights. Even if investors are above board and determined to be “˜responsible’, this is impossible to achieve in unequal and differentiated communities: those with existing privileges have most to gain from the deals and may sell out their vulnerable neighbours. And when land becomes of commercial interest, local elites can become brokers – and co-profiteers – in its sale. Neither international guidelines nor local dispute resolution in customary systems, nor even progressive land legislation and policy, can protect vulnerable people in the open land marketplace. The problem is not simply that people lack land rights on paper, it is that in practice they lack protection and are often subject to politicised or privatised justice and security mechanisms.

“˜Accumulation by dispossession’ is, of course, far from new, and recent grabs may pale into comparison against systematic colonial expropriations. But there is potential for massive land grabs in South Sudan given the fragility of its justice and security systems. Although the country lacks a favourable climate for investment while it remains in conflict, there have already been leases of large tracts of land without consultation. South Sudan’s political and military elite have a reputation for corruption. And, in this zone of persistent war and human rights violations, individuals with political or military clout are in a strong position to perpetrate “˜land grabs’. As a lawyer who pursued a seven-year case on behalf of a victim of land confiscation concludes in our recent report on Justice in Practice: In South Sudan “˜only the powerful can access justice, while the ordinary man is the victim of justice.’

There have been several “˜victims of justice’ in Nimule. This part of Eastern Equatoria lies in the ancestral homeland of the Madi community, far from the frontline fighting between government and opposition forces and it seems outwardly peaceful. But it is prime land, located at the lucrative and strategic customs border with Uganda, and near the fertile banks of the Nile, and its governance is hotly contested. The Madi community have opposed planned “˜illegal demarcations’ associated with the establishment of a Town Council as an attempt to sell off plots of their land without consent. They describe this as a land grab, orchestrated by individuals in pursuit of “˜personal business interests’. They have mobilised in community meetings, and put collective resolutions in letters of complaint to the authorities. Since the dispute arose, community leaders have faced arrests and illegal detentions by security forces.

In our experience of research, advocacy and legal activism, including in South Sudan and Uganda, it seems that local land grabbers are able to employ the apparatus of justice and law enforcement, sometimes violently. Actions taken nominally on behalf of the state may actually involve the pursuit of private or commercial interests. Victims cannot effectively challenge breaches of the law in courts, since money and power frequently dictates the course of justice. This means that an urgent effort to improve the public accountability of justice mechanisms in Africa is essential to prevent land grabbing. Local human rights lawyers can sometimes win important victories on behalf of the rural and urban poor.[1] However, they are swamped with cases and the system is stacked against them. Promoting functional justice systems must be a prerequisite for large-scale land investments. If not, people in Africa will remain vulnerable to the violent predation associated with the development of land markets.

Moses Adonga is a Ugandan activist and Programme for African Leadership fellow at London School of Economics and Political Science (LSE). Rachel Ibreck is a Fellow in International Development at LSE, and Godfrey Victor Bulla is a South Sudanese lawyer and journalist.

[1] Godfrey Bulla writes from experience here, following his recent victory securing the demarcation of land to the people of Hai Game in Juba, South Sudan, after a prolonged legal battle.