Zimbabwe: when ending child labour does not end child exploitation

Rights groups scored a victory when a tea estate ended its ‘earn and learn’ scheme. But without further support, the situation facing former child workers is arguably as dire as ever. 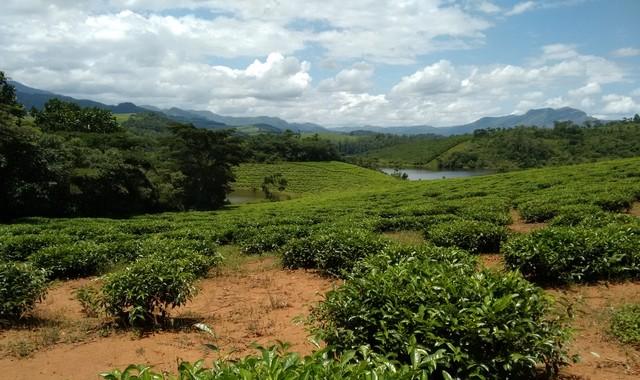 In the rural district of Chipinge in eastern Zimbabwe, lush green tea plants cover the gentle slopes and valleys, painting a picturesque image. However, until a couple of years ago, this idyllic landscape was tainted by a less scenic reality.

For half a century, the Tanganda Tea Company, which grows tea in across 2,600 hectares, ran a so-called Earn and Learn scheme whereby children would work on the fields in return for educational support. The company boasted that the programme provided an education to under-privileged children. But rights groups accused it of exploitation and described the young workers’ deep scars, chapped hands and high drop-out rate.

Two years ago, amidst media criticism and concerns about its international reputation, Tanganda finally submitted to pressure and abandoned the scheme. However in the absence of a safety net for the students who were part of the programme, the situation facing Chipinge’s children has changed but arguably not got any better.

According to a report by the Ministry of Labour, in collaboration with the International Labour Organisation and UNICEF, child labour is a prevalent in Zimbabwe.  An estimated 13% of Zimbabwean children are engaged in child labour, with the report identifying poverty as the main driver of this problem, alongside a lack of social services and poor enforcement of legislation.

Until recently, the Tanganda Tea Company was seen as a significant culprit in this situation. According to a media release, the company’s so-called Earn and Learn scheme began around 50 years ago and enrolled some 200,000 children in that time.

The company proudly states: “The majority of the pupils are orphans and without the programme would never have been educated. This year [2013] we have 2,000 Earn and Learn pupils at our various schools and they are able to join the programme at age 16. Pupils are accommodated and fed by Tanganda and we provide medical benefits and of course most importantly education.”

In contrast to this rosy picture, however, investigations suggested that children were employed from as young as 12, working long hours for very little pay and with insufficient equipment.

A timetable agreed between Tanganda and the Ministry of Primary and Secondary Education stipulated that the children work from 4:30am until noon, and then attend classes from 1-5pm (with some variations depending on the season). Children were required to work for six days a week, 50 weeks a year. Furthermore, according to a contract seen by African Arguments, the only protective equipment provided to employees were open sandals cobbled from worn-out tyres (known as manyatera) and canvass aprons.

Barely protected and required to toil day after day, many children suffered from septic wounds and respiratory diseases due to prolonged exposure to heavy rains and cold.

“Some would vomit blood from carrying the heavy harvesting baskets, wounds on legs did not heal quickly and could become septic,” says Tracy Muchena, a former child worker who joined the scheme aged 13, but dropped out in her second year due to chest pains. She says she negotiated her contract without parental consent, which in Zimbabwean law is illegal.

“We would go out to work no matter what the weather was like. It was hell,” she adds.

To cover their monthly fees of $5 for tuition, $3 for accommodation and another $3 for food, the children earned a dollar for every 60 kg of tea they picked. Some children had to pick several times their own body weight in tea each day just to earn a paltry living.

In the wake of these kinds of allegations a few years ago, the company faced pressure from rights groups to end the practice. Additionally, given that Tanganda exports 75% of its products abroad, it also grew concerned about its international reputation and certifications.

Writing to the Ministry of Education, Tanganda’s Human Resources Manager said: “We started preparing to comply with the [international] standards in 2010. In October 2011 some international auditors came to audit us and we failed the audit. The reason for our failure was the existence of the Earn and Learn scheme which is viewed as child labour.”

The letter continued: “We are required to be certified to Sustainable Agriculture Network standard by 2014 for us to be able to export any tea.”

It was in December 2013 that Tanganda terminated its Earn and Learn scheme.

This move was seen as a victory for child rights groups and a step forwards in Zimbabwe’s struggle to confront the prevalent problem of child labour.

However, while the move ended the immediate practice of child labour on Tanganda’s fields, the root causes of poverty and poor educational opportunities that were pushing children to enrol in the first place went unaddressed. Furthermore, the closure of the scheme was sudden and, with no safety nets, the move resulted in around 2,000 orphaned and poor children being largely abandoned. Some observers believe the children’s circumstances are as dire as ever.

“Orphans are now in a worse off situation,” says Betty Sigauke, a resident of Chipinge who runs a backyard restaurant. “They will not get priority and will at best just be transformed into servants. Ending this programme so abruptly and with social welfare without the capacity to assist was unrealistic…It actually worsened the lives of the very people that were supposed to benefit from the move.”

Nearly two years later, many children in Chipinge are now looking for any means of survival. Though some will have benefited from the end of the scheme, others are struggling. Some children working as vendors in the city even suggest the tea estates were a better evil, in that gaining access to education at least gave them hope for a way out of poverty.

“I certainly would have been better off working for my fees than what I am currently doing,” says Onai Muzeya, at 14-year-old seller.

Without alternative means of livelihood, some of the former child labourers are also turning to prostitution and theft.

“They are definitely worse off as they are now exposed to the worst rigours of poverty,” says Memory Mandingwa, a human rights lawyer. “Without basics like shelter and food they have no choice but to engage in negative social vices.”

“Government should have investigated their circumstances and placed those who were deserving in places of safety,” she adds.

Indeed, provincial education director Edward Shumba told African Arguments that his ministry had recommended a gradual phase out of the programme. But this did not happen, and provincial social welfare officer, Charity Ndadzungira, concedes that her office did not have the capacity to help the children or even to investigate their plight.

“We never made investigations into what situations the children are in now due to budgetary restrictions,” she says, adding that it would require her department to cover the whole country given that the company recruited from across the provinces.

As Zimbabwean groups – as well as various international organisations – attempt to root out the practice of exploitative child labour, the example of Tanganda demonstrates the complex and multi-faceted nature of the issue. Child labour needs to be confronted urgently and boldly, but stopping exploitative practices is just the start.

Child labour is not a simple dilemma, and confronting the problem without addressing underlying issues of poverty and lack of social protection will be, at best, a partial solution. As those now abandoned by both rights groups and the Earn and Learn scheme in Chipinge can attest, at worst, it can create all new kinds of exploitation and suffering.

Ngoni Shumba is a Zimbabwean journalist.