Nearly $50 million has been set aside in unaccountable items notorious for being misdirected. 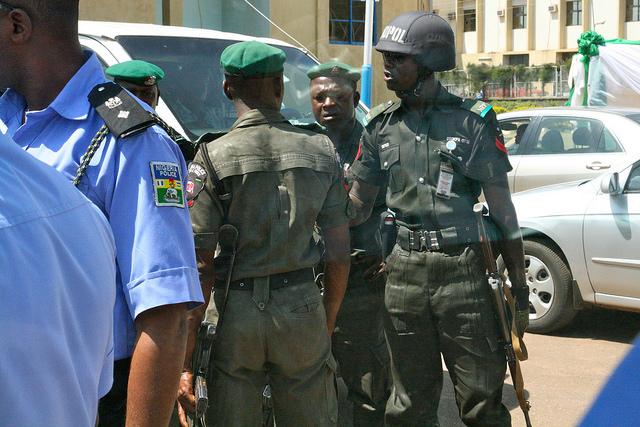 Under President Muhammadu Buhari, the fight against corruption in Nigeria has unquestionably turned a corner. Shortly after taking office in May, he vowed to “plug revenue leakages”, made sweeping changes in the notoriously corrupt Nigerian National Petroleum Corporation (NNPC), and took steps to tighten control over public spending. He gave the Economic and Financial Crimes Commission free rein to pursue former officials, several of whom have been arrested.

However, despite these advances, Buhari’s 2016 budget raises awkward questions. According to official details just released by the Nigerian government’s Budget Office, the 2016 budget contains over 30 so-called “security votes”.

In theory, security votes are catch-all line items inserted in the budget to give recipients the flexibility to cover ad hoc security expenditures. But in practice, they are opaque slush funds that officials have long used to embezzle state funds or redirect them for political purposes. Security votes are distinct from the type of extra-budgetary defence spending that may have been misdirected or stolen by the previous government, but they resemble them insofar as they are spent with scant legislative oversight or outside scrutiny.

In light of his record and rhetoric, Buhari’s decision to use security votes raises doubts about whether his anti-corruption strategy is comprehensive enough to put Nigeria back on track.

A relic of military rule, security votes were used to siphon public funds during Nigeria’s Second Republic from 1979 to 1983. In fact, when the military overthrew the government and Buhari became a military head of state in 1983, he arrested former officials and investigated fellow military officers for embezzling security funds.

Max Siollun suggests that these actions contributed to Ibrahim Babangida’s decision to topple Buhari in 1985. And under Babangida and later Sani Abacha, the use of security votes as a tool for self-enrichment was perfected and institutionalised.

Although it makes sense that a few select military and intelligence expenditures should remain classified even in a democracy, the widespread use of security votes by federal, state, and even local officials is anathema to norms of transparency and accountability. Yet top politicians have long turned a blind eye to the practice or even attempted to excuse it.

And the winners are…

In Buhari’s proposed 2016 budget, the top ten security votes amount to about N9.3 billion ($46.5 million), which his 25% less than the equivalent amount tucked into his predecessor President Goodluck Jonathan’s 2015 budget. Although these votes make up less than one-half of one percent of overall recurrent expenditure in the 2016 Appropriation Bill, they represent huge windfalls for the handful of top officials entrusted with spending them.

The 2016 budget contains a N576 million ($2.9 million) security vote for the National Security Adviser, even though the last NSA, Sambo Dasuki, allegedly diverted up to $2 billion from the security budget in office. Although 10% less than Jonathan gave Dasuki in 2015, the amount indicates that the political and financial pre-eminence of the NSA among Nigeria’s top brass will continue.

As it did under Jonathan, the shadowy State Security Service (SSS) is set to receive the largest security vote in 2016: about N2 billion (roughly $10.4 million) or 10% less than last year. Since Buhari took office, the SSS has been increasingly assertive under the leadership of Lawal Musa Daura, who hails from the president’s home town. Daura has purged officers accused of misconduct and corruption from the top ranks of the SSS.

Nigeria’s small foreign intelligence arm, the National Intelligence Agency (NIA), will enjoy a N1.2 billion ($6 million) security vote in 2016, a little less than it received last year. Buhari has retained Jonathan’s NIA director, Ayo Oke, who even joined the new president on his July 2015 visit to the US. Nevertheless, his stewardship of NIA finances have been called into question. A recent documentary showed evidence that the agency received a suspicious disbursement of $289 million from the NNPC on the eve of the 2015 election, an amount more than twice its annual budget.

Last but not least, the Ministry of Defence and the three branches of the Armed Forces are set to receive security votes totalling approximately N5 billion (roughly $25 million). This amount is about half of what they received in 2015. This reduction might reflect Buhari’s concerns about alleged financial malfeasance by the military under President Jonathan.

President Buhari is undeniably working to root out and deter corruption from the top down. Nigerians elected him to do so and, to an unprecedented degree, he and his government are making progress. Yet the unfolding Dasuki affair should be a reminder that secretive security slush funds can easily end up paying personal, rather than operational, dividends.

If the Buhari government continues to use security votes, it could at least work with the National Assembly to better monitor how such funds are spent. It could also enable citizen oversight by declassifying how the money was spent after two years.

Having said that, even if he wants to maintain the use of these secretive funds, Buhari may soon find that as more embarrassing details of security sector corruption emerge, he has no choice but to address security votes, one of the most durable forms of corruption in Nigeria today.

Matthew Page is an international affairs fellow at the Council on Foreign Relations. This article represents the views of the author and do not represent the official policy of the Department of State or the government of the United States.  You can follow him on Twitter at @MatthewTPage.