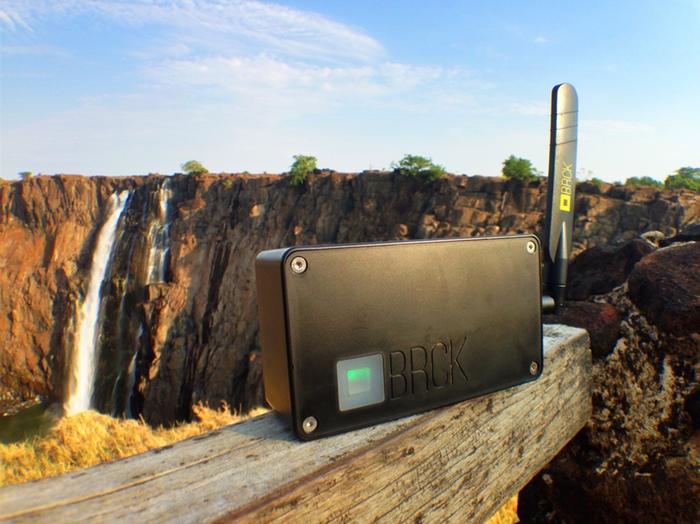 This entry was awarded 3rd place in the 2016 Haller Prize for Development Journalism. In the third annual edition of the competition, professional and amateur journalists from across sub-Saharan Africa were asked to submit articles on the theme of: “How best can digital technology empower development in sub-Saharan Africa? And where are the challenges?” A record 110 submissions came in from across the continent. Also read the 2nd and 1st placed entries.

Erik Hersman is a tech bohemian, entrepreneur and technologist who is focused on advancing the use of technology as an empowerment tool in Africa. If he is not in Nairobi, he is travelling the world preaching the gospel of African innovation. There are many challenges ­ institutional, political, economic ­ but there is more still to celebrate.

In the space of a decade, mobile phones and the Internet have changed Africa more significantly than any development since their independence from colonial powers. Living in Africa is to be on the edge. It is a continent where electricity and internet connections are still problematic both in urban and rural areas – both of which affect connectivity. There are still 4.3 billion people around the world who are not yet online.

Africa is treated by the big tech companies ­ Facebook, Twitter, Google ­ as a passive continent. Its value is in its consumerist market, not in its capabilities as a centre of innovation. It is no secret that most of the hardware and software used in Africa comes from elsewhere.

I met Hersman, who is commonly known by the moniker, White African, when he made a pit stop visit to Harare in his role as a ‘tech evangelist.’ He had biked from Nairobi to southern Africa visiting tech hubs in the region. He had a lot of good things to say about Harare’s fledgling tech community. Even though there are still fewer early stage tech enterprises in the country, Hersman said: “Zimbabwe has a good nucleus on which to build a vibrant tech community.”

Viable startups in Zimbabwe do not exactly create novel products or services, but instead offer content, usually through blogs and social media. These include bootstrapped media businesses like Techzim, 263 Chat, and Soccer 24. While internet access has been made easy by the ubiquitous home­grown mobile operator Econet Wireless, there is still no boon in software and application development by local startups. But Hersman is of the view that “fewer Africans are involved in building hardware technology for the internet”.

It is in this vein that Hersman invented BRCK, a rugged WiFi internet device designed for use throughout the emerging markets, especially Africa. “We wanted a connectivity device that fit our needs, where electricity and internet connections are problematic both in urban and rural areas,” he said. It’s described as ‘the go anywhere, do anything, self empowered, mobile WiFi device.’

Currently, most routers and modems are built for New York and London, whereas most of the people connected to the internet today live in places like Lagos or Nairobi or Kampala. The BRCK was designed to work in harsh environments, where the infrastructure is not robust. The rugged design of the BRCK allows for drops, dust and weather resistance, and dirty voltage charging. This device is named for its appearance ­­ roughly the size and shape of a brick ­­ and contains a mobile router capable of connecting as many as 20 mobile phones, laptops or tablets to the Internet, even in the most remote villages. A rechargeable battery provides up to eight hours of backup power during power outages.

BRCK is expected to be a game changer. While mass production of the mobile router is taking place in Asia, there are hopes to eventually be able to move production to Africa. That will make BRCK the first hardware component manufactured in Africa, by Africans.

Hersman had a challenge for the young Zimbabwean techies and creatives. “Quit just talking. Innovate. Harare encounters a lot of problems everyday that you don’t get to solve when the solutions are easy to come by.” Hersman was a co­founder of Ushahidi, a crowd mapping digital platform that exposed Kenyan election killings in 2007. He explained that Ushahidi started out as “an ad hoc group of technologists and bloggers hammering out software in a couple of days, trying to figure out a way to gather more and better information about the post­election violence.” Ushahidi is now an acclaimed software worldwide used for “mapping crisis” in stressed environments.

In 2010 Hersman founded the iHub, Nairobi’s innovation hub for the technology community, bringing together entrepreneurs, hackers, designers and the investment community. This space is a tech community facility with a focus on young entrepreneurs, and to date has created more than 1,000 jobs, about 200 companies and currently has 20,000 members. But the situation in Harare remains stifling for young innovators and entrepreneurs. “You have to know someone who knows someone, or your father has to be somebody everyone knows,” said one local tech entrepreneur. And if it is not for patronage and pilferage, then it is the monopolistic tendencies of the big companies that are a big obstacle for young innovators.

“Incumbent and larger firms are hardly ever willing or able to partner with startups or to become customers, because they simply don’t trust upstarts or have convoluted hierarchies and decision making processes that don’t allow for collaborations with smaller players. The distrust is often mutual: more than once, entrepreneurs expressed that they were wary of companies like Econet simply copying their ideas following a partnership pitch” writes Nicolas Friederici, a fellow at the Oxford Internet Institute. It is becoming an economic paradox, but while seven of the fastest growing economies in the world are in Africa the reality for everyday people does not square up. What keeps them going is their creativity, hard work and innovation. There is no doubt Africa has the capacity to become the next centre of innovation.