Historical score-settling, future succession and the state of the economy are all to play for on 8 August. 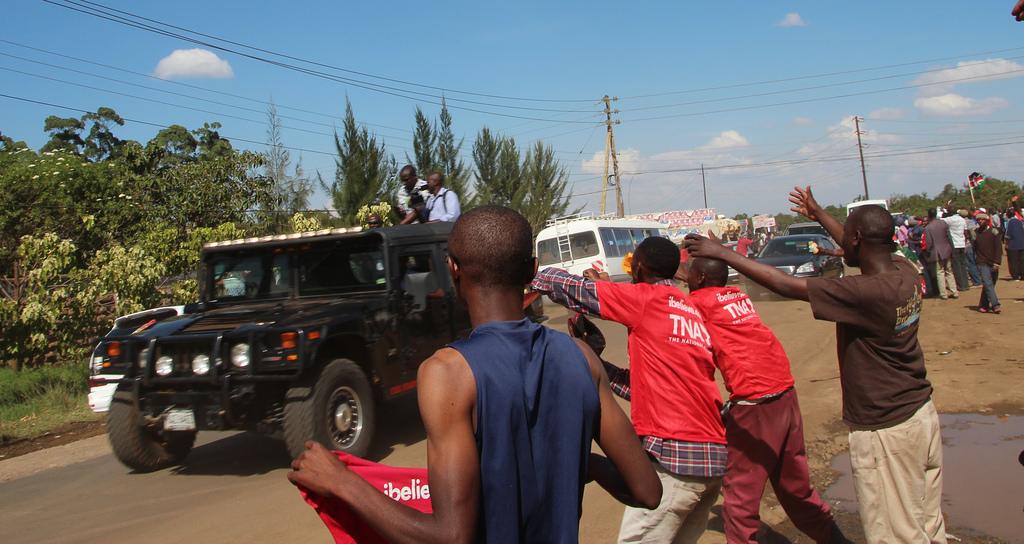 After the 2007 general election, Kenya experienced its worst politically triggered ethnic violence since independence. The violence was caused by a dispute between the two main presidential candidates: Raila Odinga and his opposition Orange Democratic Movement; and Mwai Kibaki, who was defending his seat on a Party of National Unity ticket.

But this was not the first time Kenya experienced violence around a general election. Since the reintroduction of multiparty politics in 1992, ethnic violence has repeatedly reared its ugly head around election time. Even in elections that were considered peaceful, as was the case in 2002 and 2013, the threat of politically-instigated ethnic violence remained real.

It is within this historical context of unpredictability that the upcoming general elections – and specifically the presidential elections – need to be understood.

The run up to the 8 August general election is again expected to be characterised by palpable tensions, particularly in the race for the presidency.

One of the issues that fuelled tensions and led to violence in 2007 was a lack of trust in the court system. There could well be a repeat of this come 8 August. The official opposition has already questioned the institutions charged with conducting elections and resolving election disputes: namely, the judiciary and the election agency known as the Independent Electoral and Boundaries Commission (IEBC).

Firstly, President Uhuru Kenyatta is keen to avoid the tag of being Kenya’s first one-term president.

On the other side of the aisle, Raila Odinga – a perennial opposition presidential candidate – is making what is widely seen as his last stab at the presidency. The stakes are high for both candidates.

The second factor has to do with the post-2017 presidential “succession plan”. Neither Odinga nor Kenyatta are expected to be on the ballot in 2022. By law Kenyatta is bound to step down after two terms, and Odinga has indicated that he will be a one-term president.

The stakes are therefore high not just for 2017 but also for the 2022 presidency race.

Given the fluidity of Kenyan politics and the penchant for political parties to form alliances based on ethnic calculations, there is no guarantee that both deputies − William Ruto and Stephen Kalonzo Musyoka − will face off in the 2022. The shift in political alliances may even result in the two deputies working together. In fact, the two main hopefuls in the current race for presidency, as well as their deputies, have at one time been in the same camp.

The third factor has to do with dynasties. The 2017 presidential poll is likely to be the final duel between the Kenyatta and Odinga dynasties. The two families have dominated Kenyan politics for more than half a century.

The rift between the families has never healed. The upcoming election can be interpreted as the final battle in settling the long-standing political score between the Odinga and Kenyatta scions.

What matters for ordinary Kenyans

For ordinary Kenyans, the economy is a key factor. The economic welfare of the majority of Kenyans has worsened despite promises by the current administration to reduce the prices of basic commodities and increase their socioeconomic wellbeing.

By the end of April 2017 inflation stood at 11.48%, according to data from Kenya Bureau of Statistics. That is well above the Central Bank inflation ceiling of 7.8%.

The election may also swing on runaway corruption. Since 2013, graft has been more visible than in previous administrations. In its 2016 Corruption Perception index, Transparency International ranked Kenya 145 out of 176 countries – a drop of six places from 2015.

Can Kenya avoid a repeat?

Although the 2010 constitution opened up county governments as the new frontier for political power struggles, the presidency is without doubt Kenya’s most coveted elective seat. If the presidential election is mismanaged, tensions are likely to escalate into ethno-political violence.

To avoid a repeat of the 2007-2008 post-election violence, key stakeholders and existing institutions must be on high alert. This is particularly true of the institutions tasked with ensuring peaceful elections.

The Independent Electoral and Boundaries Commission has a particularly large responsibility given that it is the main institution charged with conducting the elections. It must gain the trust of actors across the political divide.

As things stand, the official opposition has expressed reservations about the commission’s neutrality, efficiency and readiness to conduct elections. These tensions have been playing out in the High Court. The main contention currently between IEBC and opposition is the 7 April High Court ruling which decided that constituencies would be the final voter-tallying centres.

Another factor likely to trip up the commission is the amended election law. This allows it to activate a manual backup system should the electronic voter identification and transmission system malfunction.

The main reason for grounding the electronic system in law was to prevent the election malpractices cited in the Kriegler Report following the 2007 election. Resorting to a manual system could open the door for voter numbers to be manipulated.

The opposition also has little faith in the judiciary. The courts have repeatedly assured Kenyans of their readiness to handle presidential election petitions. But scepticism persists.

Despite the tensions, Kenya is in better shape than it was in 2007. But it remains dangerously close to the precipice. The 2017 elections will once again test the country’s legal framework and institutional capability to undertake credible, free, fair and peaceful elections.

If it does, Kenya will have continued to consolidate its future as a democracy. A shambolic election will take the country back to its traditional history of anxiety and unpredictability around each election cycle.