Where were the poor, Igbos and other minorities in the state’s 50-day birthday party? 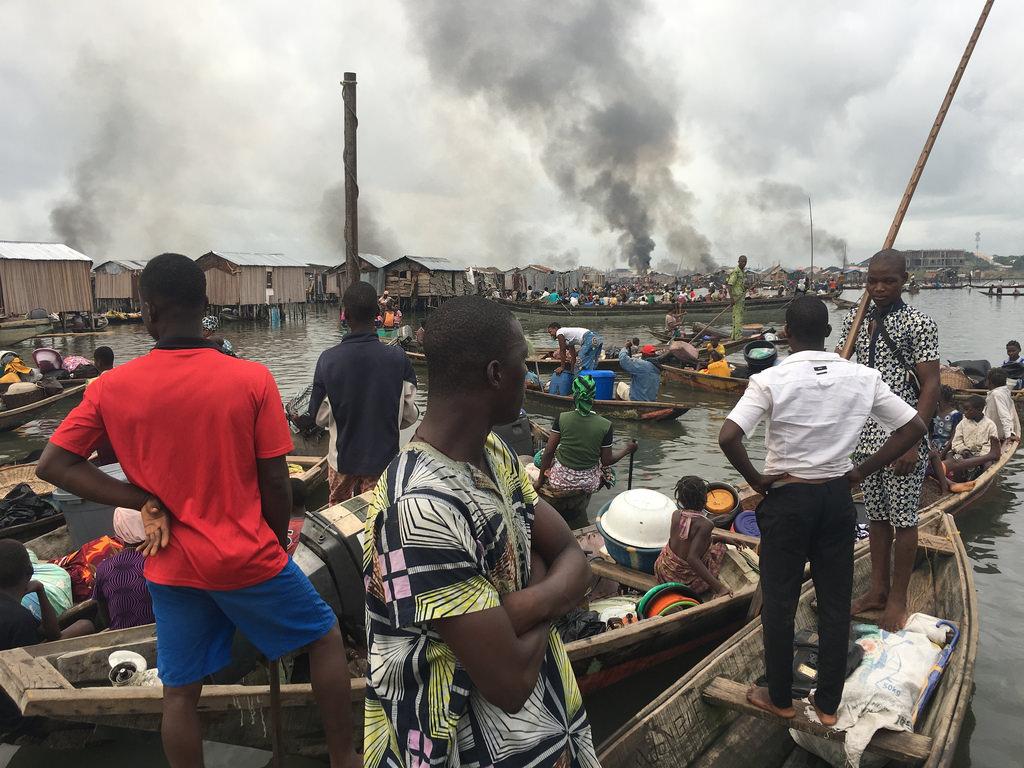 Lagos state, Nigeria’s economic and commercial capital, turns fifty this year. To celebrate, Governor Akinwunmi Ambode and his team have embarked on a two-month bacchanal that swells with excess as much as it rankles with tone deafness.

The planning committee for the Lagos@50 mega-party is captained by Nigeria’s only Nobel Laureate, Wole Soyinka, and members include luminaries such as arts entrepreneur Bolanle Austen-Peters. Boosting the city’s image as a cultural melting pot, the line-up of activities includes film screenings, music concerts, art exhibitions and a colourful boat regatta.

However, like many ideas that have their origins in spacious government offices, this one – complete with a trend-ready hashtag – is shockingly out of touch with most of Lagos’ 21 million inhabitants.

While elites gather on the upscale Victoria Island to clink glasses and make toasts to the city that has given them so much, the urban poor that make up the majority of the city’s residents remain largely oblivious of the 50 days of celebrations. They continue to struggle with the ugly day-to-day realities of living in the economic recession that hit Nigeria with a vengeance in 2016.

The stark disparity between Lagos’ haves and have-nots was highlighted in March when the state government, accompanied by police, descended on Otodo-Gbame, a riverine community settlement in Lekki. They demolished structures, forcing residents to flee for their lives on boats and canoes amidst a hail of bullets and tear gas.

This happened despite an injunction from a Lagos High Court restraining further demolitions. Despite national and international outrage, the state government remained adamant, citing security concerns.

The destruction exercise continued without a thought to resettlement for the victims in April. The same month, the American cast and crew of Fela! The Broadway Musical were flown in to perform a concert based on their Tony Award-winning show.

Outside the gates of the venue for the event, victims of the Otodo-Gbame demolition and their sympathisers gathered in protest. They held up placards condemning the government brutality, echoing everything the Afrobeat pioneer Fela Anikulapo-Kuti – on whose life the musical Fela! is based – had stood against.

In the ‘70s and ‘80s, Fela was a thorn in the side of the military establishment that was headquartered in Lagos. He became a legend by playing defiant anti-establishment songs that gave renewed, feverish meaning to the notion of protest music.

At his compound, known as the Kalakuta Republic, where followers gathered to watch him perform on a regular basis, Fela railed against the corrupt political class with biting satirical take-downs. Even when he decried complacency among the masses, it was always clear which side he stood on.

The idea of the Lagos elite being entertained by Fela’s angst-driven Sorrows, Tears and Blood and Shuffering and Shmiling in splendorous settings, while downtrodden citizens, a few metres outside lamented their ill-treatment by a government elected to serve and protect, reeks of insensitivity and appropriation of the worst kind.

With its infrastructural advances and opportunities made possible by its proximity to the sea, Lagos has been open for business from as early as 1472, when Portuguese explorer Rui de Sequeira visited the area. Over the centuries, Lagos has developed in a thriving hub, attracting a diverse mix of people from all ethnicities.

One of the groups that has been crucial in the city’s development has been the Igbos, who make up about one-fifth of the country’s 180 million population. Originating from the South East, members of the Igbo community have made enormous contributions – particularly, but not limited to trade and commerce – to the Lagos economy, which is estimated to be the fifth largest in Africa.

However, when the Lagos@50 planning committee decided to pick prominent individuals to be celebrated as exemplars of how ambition and opportunity meet in Lagos, a land where nothing is impossible, not a single Igbo was selected.

Major roads were decorated with pictures of prominent Nigerians, from former governor Bola Tinubu, to rapper Olamide, to business mogul Aliko Dangote, to bread-seller-turned-model Olajumoke Orisaguna. But what could have been a welcome and inspiring concept immediately turned sour as it became obvious that Igbo citizens were completely overlooked.

A couple were added following the swift backlash, but the damage was done. The state missed a golden opportunity to take the lead in celebrating diversity and championing inclusivity.

“That they had to be reminded to celebrate us after all these years shows exactly what they think of us,” says Orji, a 55-year-old cosmetics dealer at the Igbo-dominated Trade Fair complex. “All they are interested in is chasing us out of the city after we have made it prosperous for them.”

Now aged 50, Lagos may be wearing a new look these days as infrastructure continues to get a much needed face-lift. The Ambode administration has continued with his predecessor’s preoccupation with upgrading decaying infrastructure in keeping with the state’s mega-city status. This includes the recent commissioning of “Jubilee Bridges” in Ajah and Abule Egba to ease perennial traffic congestion and the free Wi-Fi pilot programme kick-started at a public park in the metropolis.

But as the state tries to forge forwards, the Lagos@50 celebrations and their blindness towards the urban poor, the Igbo community and other minorities exemplifies how many people are simply not part of the government’s vision – how many people Lagos state is willing to leave behind.