Leapfrogging is only so good. Africa needs to make things.

Africans remain consumers of technologies invented elsewhere, not their creators. 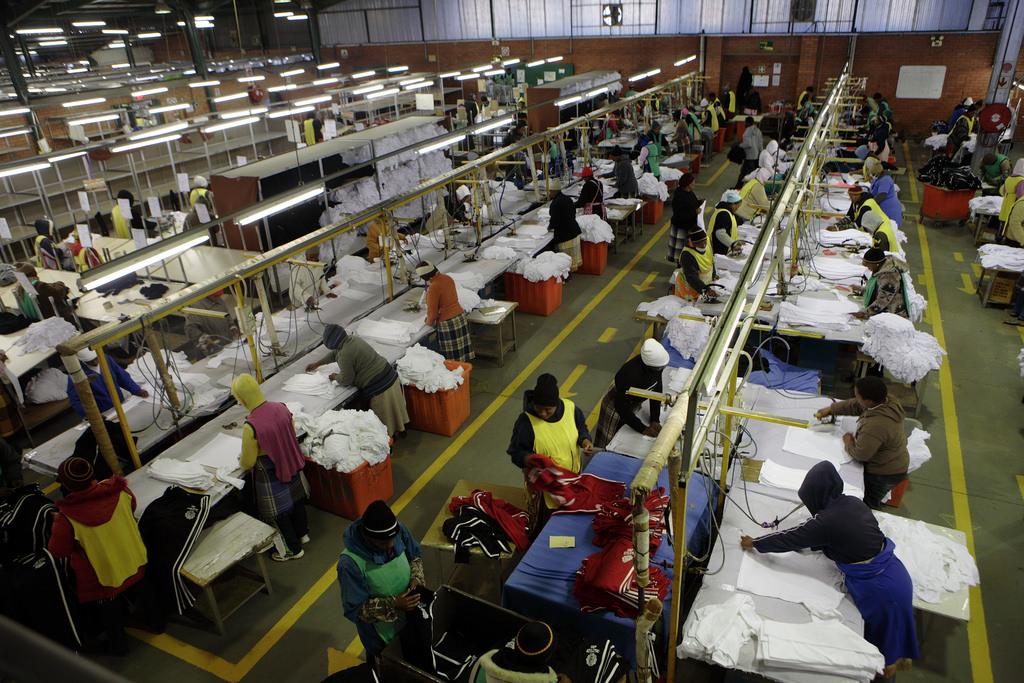 Investment in infrastructure can have a uniquely transformative power for Africa. Addressing the huge funding gap – estimated at almost $100 billion per year – by building roads, power, water, sanitation and the like will drive industrial development and create much-needed jobs.

Industrial development is still a critical step in Africa’s socioeconomic development. In a recent paper for The Breakthrough journal, Harvard Kennedy School’s Calestous Juma makes the case that “leapfrogging industrial development is not an option”. We agree. Indeed, many of the innovations we celebrate in Africa today reveal not just the continent’s entrepreneurial drive, but governments’ failures to get some basics right.

Mobile phone usage, for example, has soared faster in Africa than anywhere in the world. According to the Pew Research Centre, mobile phone penetration in Ghana rose from just 8% in 2002 to 128% today. Over the same period in the US, penetrations levels rose from 64% to 103%. But this increased rate of adoption stems in no small part from governments’ failures to build landline networks; people had to take matters into their own hands.

Mobile telephony isn’t the only example of this. Rooftop solar power is taking off less for environmental concerns and more for the lack of robust electricity grids. Citizens dig boreholes or install water tanks at home because they can’t depend on pipe-borne water. Drones may be the future of medical supply delivery because road networks are poor.

However, as corporate and private solutions fill gaps left by the government, the continent may be missing out on the bigger picture of economic transformation. The “leapfrogging” of landlines in favour of mobile phones is hailed as a great success in Africa. But it’s crucial to note that mobile telephony’s growth in Africa has less to do with innovation on the continent and more to do with inventions and innovations elsewhere.

The same is true of many consumer goods such as fridges, flat screen TVs, computers and a host of other electricals and electronics, mostly from China. Africans remain consumers of technology, even if the way in which new technologies are used sometimes gives an inaccurate impression that Africans are creating them.

Furthermore, as Africa’s economies become service-heavy, the continent may be missing out on the grit and organisational skills that come from making things. To build a Boeing 747 and all its six million parts or a smartphone from scratch tasks a country in ways that developing six million smartphone apps from existing code never can.

In his paper, Juma argues that despite its adoption of new technologies, Africa still lags behind in manufacturing and has not made major steps to move to the production of technologies. With a view to economic history, he says that Africa should invest in core infrastructure and engineering capabilities that would enable it to meet the needs of other sectors such as health, education, and agriculture.

Additionally, the ability to manufacture smartphones would ensure that the money spent on them remains within the continent. The role of infrastructure as the foundation for innovation and economic transformation has been overlooked, Juma laments.

Infrastructure and capacity development projects can have a transformative impact on the continent. But a critical step in the process on ensuring long-term value is to optimise local content in such investments – from inception to operation.

One such example is the Bridge Power project in Ghana. This billion-dollar, 400-megawatt power plant is a joint venture between Endeavor Energy and GE Power, both from the United States, and Sage Petroleum from Ghana. Sage is part of the Quantum Group, which has developed its capacity in part through international partnerships and is the technical lead in some aspects of Bridge Power. The Ghanaian company will no doubt absorb new skills and technologies from its foreign partners through the project.

Local content policies must be bold in their vision, but also progressive in their implementation. It takes time to build companies to the standards expected by serious multinationals. CDC, the UK Government’s development finance institution, runs a training programme to inform emerging market fund managers and indigenous companies on what good international outcomes look like from an environmental and social perspective. By equipping companies and investors with tools and an understanding of what success might entail, they can then find locally-appropriate solutions that work to these objectives. It also behooves governments to set clear, realistic milestones that allow projects to be completed on schedule while increasing local participation.

Africa’s dream of industrialisation is alive, well, and achievable. New technologies are a stepping stone but not the destination. To get to the destination, governments must create attractive environments, schools have to impart the right knowledge and skills, and businesses need to orient themselves to long-term value creation.

Rosalind Kainyah MBE is an advisor to global companies on responsible business investment and partnerships in Africa. She is a former environmental lawyer, corporate lawyer at Linklaters, and corporate/commercial lawyer at De Beers. She was VP of External Affairs and CSR at Tullow Oil. She started Kina Advisory in 2014.