Power to the party: Zimbabwe’s coup isn’t a revolution but a consolidation

President Mugabe’s successor may make some economic reforms, but don’t expect ZANU-PF to loosen its grip on power. 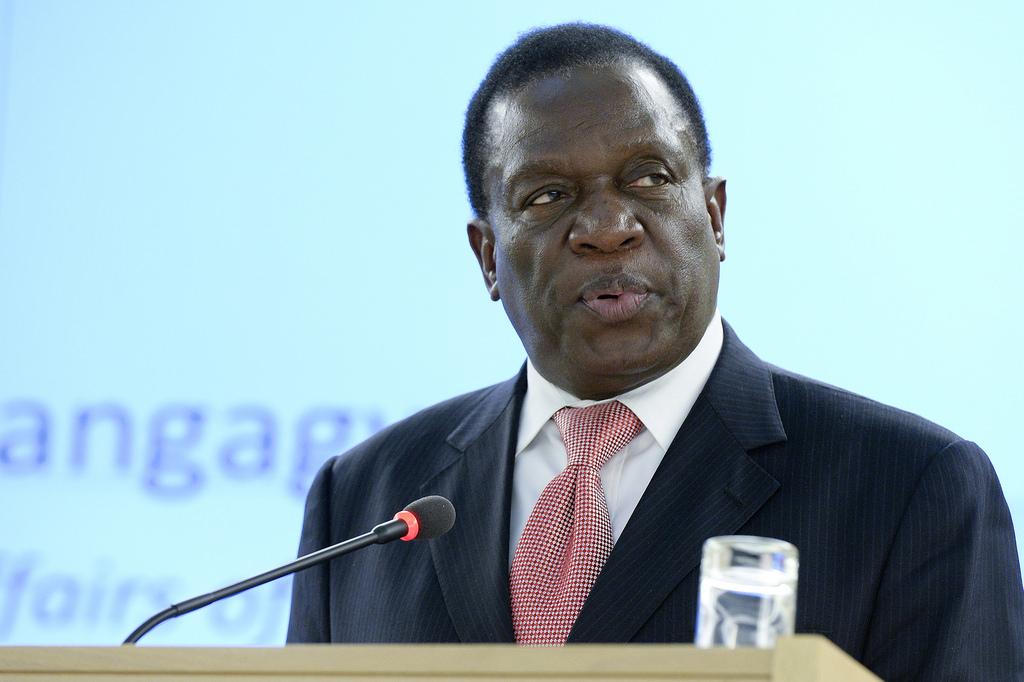 Many in Zimbabwe and beyond are talking about the events of the past 48 hours as if it marks the start of a profound political transformation. This is misjudged.

The military’s takeover is not a Colour Revolution. Nor does it symbolise the profound change so many have anticipated for so long. Rather, it is an internal settling of scores within the ruling ZANU-PF. The talks to persuade President Robert Mugabe to step down and arrest of figures close to First Lady Grace Mugabe are part of a readjustment of party priorities.

This is not a revolution, but a realignment. If former Vice-President Emerson Mnangagwa steps in Mugabe’s shoes as many are expecting, he may bring a few opposition faces into a Government of National Unity so that the cash starts flowing in from donors and, critically, the diaspora.

Some might argue that a slow transition such as this under an inclusive government would be the best way for Zimbabwe to evolve into mature multi-party democracy. But this is over-optimistic. ZANU-PF is a Maoist organisation that believes “power comes from the barrel of the gun”, and unless someone outside the party challenges them with guns, they expect to stay in charge. Indeed, the inclusive government of 2009-2013 showed how the ZANU-PF machine will consume any external force by using patronage and flattery, and, if those don’t work, exclusion and aggression.

Right now, the Party leaders calling the shots probably understand that concessions will have to be made to economic liberalism and basic civic freedoms if it is to attract investor and donor support. Without Mugabe’s stubborn inflexibility, a revived ZANU-PF could probably make these concessions. But it seems unlikely this would lead to any reduction in the Party’s control over the state. Any outsider who joins a Unity Government will likely be subsumed into its machinery.

Since the Party’s inception 50 years ago, ZANU-PF has tolerated limited internal dissent. But it has done so under the clear proviso that if dissent turns to rebellion or threatens the integrity of the Party, retribution will follow quickly and without mercy. Josiah Tongogara, Solomon and Joice Mujuru were deemed to have forgotten this lesson and paid the price. Now Grace Mugabe and her inner circle look to have gone the same way.

Grace may partly have her husband to blame. President Mugabe made the fatal error of believing he was more important and wiser than the Party. The public humiliation of his wife two weeks ago when she was booed by crowds in Bulawayo broke his famous iron discipline. The president lashed out and fired Mnangagwa, Grace’s rival in the contest to succeed him.

Mugabe may have favoured his wife because he doesn’t believe Mnangagwa has what it takes to lead the country. The two men’s relationship has been that of master and pupil, ever since the 40-year-old school master and politician shared a Rhodesian jail cell with the 18-year-old semi-literate fighter in the 1960s.

Alternatively, Mugabe may have simply surrendered to Grace’s greed for power, which is itself partly driven by her fear that if she does not command the country after her husband dies, her future in Zimbabwe will be short and painful.

A final speculative possibility doing the rounds is that the arch-Machiavellian Mugabe knew that by allowing Grace to assert ascendancy, Party leaders would be forced to do what he was unable to do: crush his wife and re-establish the natural order.

Regardless of the exact thinking, however, it seems likely that Mugabe’s Jesuit upbringing, which taught him he is always right, ultimately ended up superseding with his Maoist ideology, which taught him that the Party is always right. He paved the way for the unpopular Grace to succeed him and thus initiated what key ZANU-PF leaders saw as an existential threat to its rule.

As in all state ideologies, Zimbabwe’s army is at the centre of the ruling party. It is essentially the armed wing of the former liberation movement and understands that it serves ZANU-PF first. Along with the party, the military recognised that if Grace took charge, the Party could be doomed, either through internal collapse or electoral wipe-out.

The Party and military leadership felt they had to respond. They slapped down the disruptive and disrespectful Grace along with her over-ambitious cohort. They pulled together to re-establish their control over the country.

Power to the party

These ZANU-PF leaders likely calculate that Mnangagwa is strong, respected and feared enough to convince both the electorate and international community that he can be trusted to lead the country out of its current economic mess. It also serves the Party’s purpose that the ZANU-PF stalwart has no significant popular constituency and can therefore be more easily removed should he step out of line.

If the military leaders don’t get their way, however, Sydney Sekeramayi could find himself elevated to the top job. If Mugabe refuses to concede without taking Mnangagwa and Zimbabwe Defence Forces Commander Constatino Chiwenga down with him, the relatively faceless and loyal Minister of Defence could be an acceptable compromise candidate.

Either way, ZANU-PF’s priority on consolidating power will be to fix the economy. Whoever leads the country, his primary task will be to convince donors, the Zimbabwean business community and the diaspora to inject enough cash in the country to get the economy moving again. It is likely that it will succeed in this, largely because donor and business groups are so desperate to see Zimbabwe succeed that they will close their eyes to the democratic deficit.

What has happened in the past two weeks, and has come to fruition in the past 48 hours, is ultimately an internal adjustment. From the perspective of ZANU-PF, an immature and greedy challenger has now been silenced by the adults in the room.

The writer is a former Zimbabwean journalist who wished to remain anonymous. He now works for a commercial security and analysis provider.