Ethiopia: The relentless protests that forced the Prime Minister to resign

The stepping down of Hailemariam Desalegn will not satisfy Ethiopia’s protesters. But it is a start. 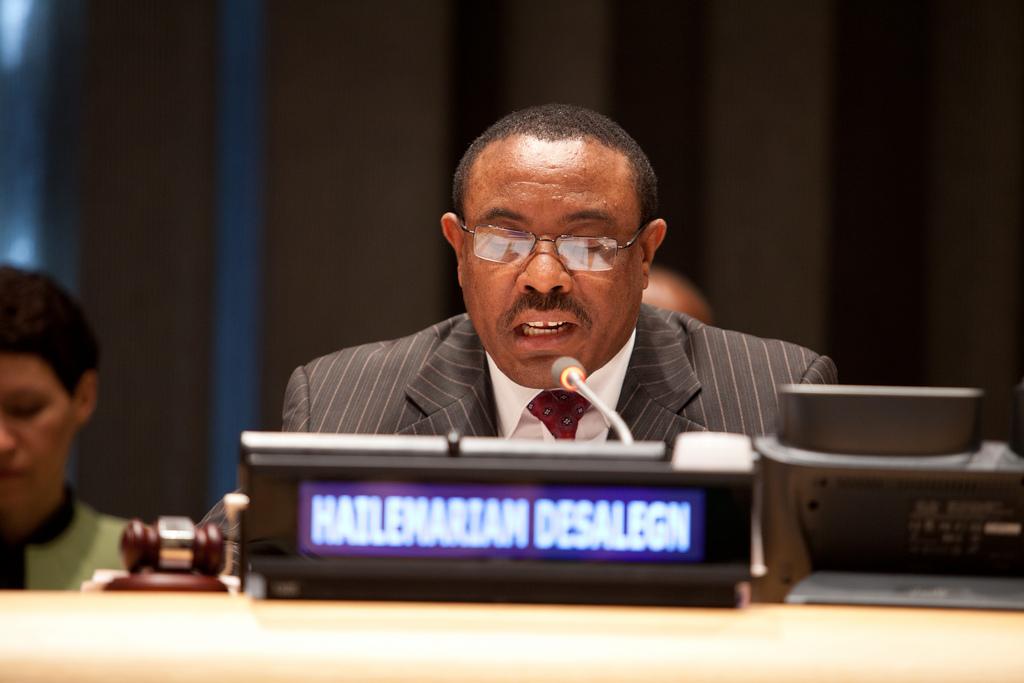 Hailemariam Desalegn, in power since 2012, has said he will remain a caretaker prime minister until his successor is picked. Credit: United Nations/Bo Li.

According to some analysts, the prime minister since 2012 was expected to step down at the EPRDF congress scheduled for later this year, but today’s move came as a surprise.

Desalegn said he would formally step down once a successor is chosen and claimed his departure was part of the government’s attempts to change how it operates. “I see my resignation as vital in the bid to carry out reforms that would lead to sustainable peace and democracy,” he said in a televised address.

The government has faced a crisis of legitimacy in recent years amidst huge protests across much of the country, particularly by members of the populous Oromo and Amhara ethnic groups. Hundreds of people have been killed in resulting clashes with security forces.

Desalegn’s resignation can be seen as a response to the fact these protests have continued despite brutal crackdowns and gestures of reform. As analyst Mohammed Ademo says: “Make no mistake. This momentous transformation isn’t a favor from a benevolent vanguard party. It’s the cumulative outcome of years of relentless struggle by democracy activists and opposition. Many died fighting to see this day.”

Ademo says Desalegn’s replacement is widely expected to come from the Oromo party in the ruling coalition. Protests in the Oromiya have been particularly sustained and this week saw a concerted three-day strike across the region. Enormous numbers blockaded roads and marches on the streets of towns and cities. An Oromo prime minister would not necessarily mean the regime would change it how it governs, but it would be a symbolic victory for the protests in that region.

However, as speculation grows about what happens next, protests in Ethiopia’s northern Amhara region – although generally lesser covered – should not be forgotten. Just last month, demonstrations flared up in Amhara too, resulting in bloody clashes and several deaths.

These weeklong events were triggered in the town of Woldiya when people taking part in a popular religious festival chanted anti-government slogans. Security forces responded violently, leading to the deaths of at least six civilians and one security agent. Angry at this bloodshed, protests then spread to the nearby cities of Kobo and Mersa where government offices and private property were attacked, leading to millions of dollars of damage. At least eight more people were killed in the resulting crackdown.

These recent anti-government demonstrations are the continuation of those that emerged in late-2015. At that time, members of the Oromo and then Amhara – Ethiopia’s two largest ethnic groups, who together make up about two-thirds of the population – began protesting in huge numbers.

The grievances that triggered those protests were not resolved, but temporarily suppressed through force and the imposition of a state of emergency from October 2016 to August 2017.

The Oromo protests have deep roots and encompass widespread disaffection with the government regarding human rights abuses and lack of freedoms, but they were initially triggered by an urban development plan in the capital. Addis Ababa is located within the Oromiya region and activists complained that the proposed expansion would have seen it swallow up Oromia land and towns.

The Amhara’s reasons for protesting have been similarly manifold. They have demanded greater respect for human rights and democracy. They have called for more economic investment in the Amhara region to create employment and spur development. And they have expressed anger at an unfair political economy that disproportionately benefits supporters of the regime.

However, one of key triggers of the Amhara’s protests has been the disputed territory of Wolqaite. Activists claim that this large agricultural district was annexed by neighbouring Tigray regional state despite the fact its residents largely identify as Amhara, and a committee was established to campaign for its return. The government’s decision in 2016 to detain this group’s leaders using Ethiopia’s notorious anti-terrorism law was one of the main triggers of the widespread protests that followed.

It remains to be seen how many of these protesters demands will, and can, be met by a new EPRDF prime minister.

However, by far the most senior and strongest party within the coalition is the Tigrayan People’s Liberation Front (TPLF). Representing an estimated 6% of the population, the TPLF oversaw the formation of the other three parties in government and handpicked their leaders.

Over the years, the TPLF has taken advantage of its dominance to favour its political base. Today, Tigreans dominate key political and economic positions, including in the army, security establishment, key federal ministries, and state-owned corporations such as Ethiopian Airlines and Ethio Telecom.

The government’s junior parties have typically been acquiescent. But with growing pressure from their constituencies, the OPDO, and to a lesser extent ANDM, have become more assertive. They have demanded less interference from the TPLF in their regional affairs and expanded political and economic roles at the federal level. At times, decisions and policy directions provided by federal authorities have been over turned by regional authorities, and vice versa.

Some are now suggesting the new prime minister will be from the OPDO. While this would be symbolically meaningful, it is too early to say how significant it would be in terms of governance. TPLF loyalists would still hold key positions and it is notable that outgoing Desalegn is not from the TPFL either, but the SEPDM. He was chosen by the former PM Meles Zenawi to be his successor and was viewed by many as a puppet of the TPLF.

Years of unaccountability, the collapse of rule of law, and the ethnicisation of the country’s politics have pushed Ethiopia to tipping point. Injustice, repression and lack of democracy have instilled a sense of despondency, particularly among Ethiopia’s youth. This has driven many to view protests as the only viable means of bringing about meaningful political change.

As these sustained mobilisations have continued, the government has been forced to offer ever greater signs that it is willing to reform, most notably through Desalegn’s resignation as well as the recent release hundreds of political prisoners. But unless this leads to real steps to institute rule of law, redefine the political economy, and promote a fairer distribution of resources, discontent will only be staved off momentarily.

Protesters in Oromiya, Amhara and beyond may see the PM’s resignation as a victory, but they will crucially be watching closely for what happens next.

Gonje de Wadla is an assistant professor of public administration based in Ethiopia.