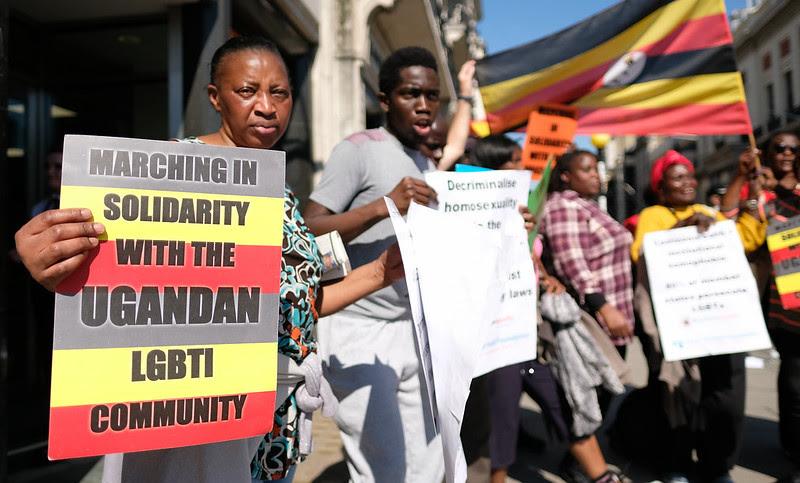 The essentials: Despite a raft of ludicrous denials, it’s clear that Ugandan officials are cracking down on the country’s LGBTQ community. Following the raid of a gay-friendly Kampala bar, 67 people are now being charged with public nuisance.

The background: Anti-LGBTQ rhetoric started heating up a few months back when Ethics Minister Simon Lokodo promised that Uganda‘s parliament would soon be voting on notorious legislation that would introduce the death penalty for people found guilty of having gay sex.

With the raid of Kampala’s Ram bar last week, officials have continued their throttling of the LGBTQ community. Officials say the raid had nothing to do with the fact that it’s one of the few queer-friendly spaces in Kampala and that they were only enforcing a ban on shisha smoking (a practice that goes on uninterrupted by police raids in any number of other Kampala establishments).

The bad: This is a common tactic when the government is under political pressure to divert attention. President Yoweri Musveni’s administration is being challenged by a new cadre of young activists. It’s probably no coincidence that, once again, attacks on the queer community are beginning just as Museveni is starting to feel the heat. In addition to being deeply cynical, it does lasting harm to the LGBTQ community.

The future: Look for donor governments to come down on the Museveni administration and threaten to withhold aid if the crackdown doesn’t stop. But it will be telling to see how strongly US officials condemn these actions, given that President Donald Trump has been no champion of the LGBTQ community since taking office.