The COP27 climate summit on African soil will be the continent’s chance to put the needs of vulnerable nations above the interests of rich countries. 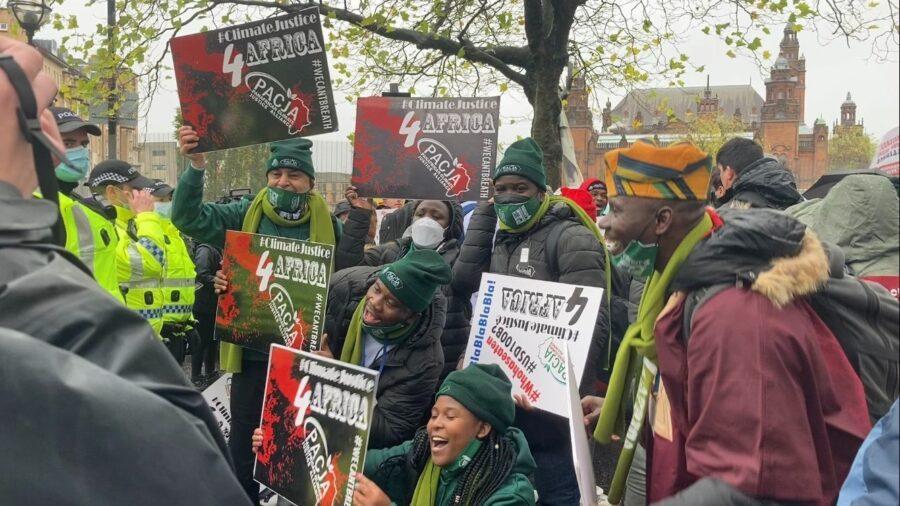 Nowhere experiences the bitter injustice of climate change like Africa. Despite contributing almost none of the greenhouse gasses that drive the climate crisis, we suffer its most brutal consequences – from the drought gripping the East to the shrinking Lake Chad in the West, from the floods that have devastated South Sudan to the Mozambican communities still not recovered from Cyclone Idai two years on.

The recent international climate summit, COP26, made some progress. But those of us from Africa came away feeling it had been a conference led by the Global North and whose outcomes reflected the interests of the UK hosts. For all the celebratory rhetoric, rich countries failed to deliver on their 12-year-old promise to deliver $100 billion of climate finance to poor nations by 2020. There was little progress on creating a fund to deal with permanent losses and damages caused by climate change.

However, COP26 did lay the ground for 2022 to be the year that Africa changes this course. COP27 will be held on African soil and provides the opportunity for the continent to ensure that the needs of the climate vulnerable – rather than the interests of rich, polluting nations – are met. Egypt will welcome representatives from around the world at the end of 2022 and, as host, they have a crucial role in shaping the outcome and creating space for the correct priorities.

This can finally be time that rich nations cough up the lifesaving cash that is essential to help vulnerable communities adapt to a changing climate. From building the right infrastructure, to creating early warning systems for extreme weather, to providing people with drought resistance crops, the adaptation needs of countries in Africa and elsewhere in the Global South are vast and only growing the longer we delay. $100 billion a year of climate finance needs to be the start of the financial flows that must begin moving from the Global North to the Global South to deal with the climate emergency.

Some climate change impacts, however, cannot be adapted to. You cannot adapt to your island home being submerged forever under rising sea levels, or your farmland turned into desert by rising temperatures. This suffering needs to be addressed through what is called “loss and damage”, something for which the developing world has been calling for special financing. In fact, rich countries have agreed to the principle of such a fund since COP19 in 2013 but have dragged their feet and still haven’t moved to create it.

The chance to deliver it was missed again at COP26, but the good news is the loss and damage was a huge topic throughout the Glasgow summit and can no longer be brushed under the carpet. It is now one of the biggest issues on the global climate stage and will rightly dominate discussions in Sharm El-Sheikh at COP27.

This upcoming African summit is a huge opportunity to prioritise the needs of climate vulnerable countries, but to the ensure it is taken the continent will need to get ready. We need to see a pan-African movement that unites our continent, aligns our priorities, and pools our diplomatic and political resources. There is far more that unites Africans than divides us, and nothing unites like a common enemy. Climate change is that common enemy and we need to work hard, and together, to defeat it.

When Africa speaks as one, it speaks with power. Millions of Africans need their political leaders to become climate leaders in 2022. In parts of the continent, we’re already showing the way with the transition from dirty, polluting energy to the clean, green, renewables of the future. We have the wind and solar resources to be a trailblazer for decarbonisation around the globe.  We now need to see African leaders uniting to make climate funding and loss and damage a red line for Africa at CO27 and ensure this African COP delivers for all those around the world on the front line of the climate crisis.

Why Africa needs to make financial inclusion its ...

WHO Decides Africa’s Health? Learning from the ...

Mohamed Adow is the director of the energy and climate think tank Power Shift Africa.