Nigeria has one of the lowest rates of female political representation in the world. This culture is established and reinforced early. 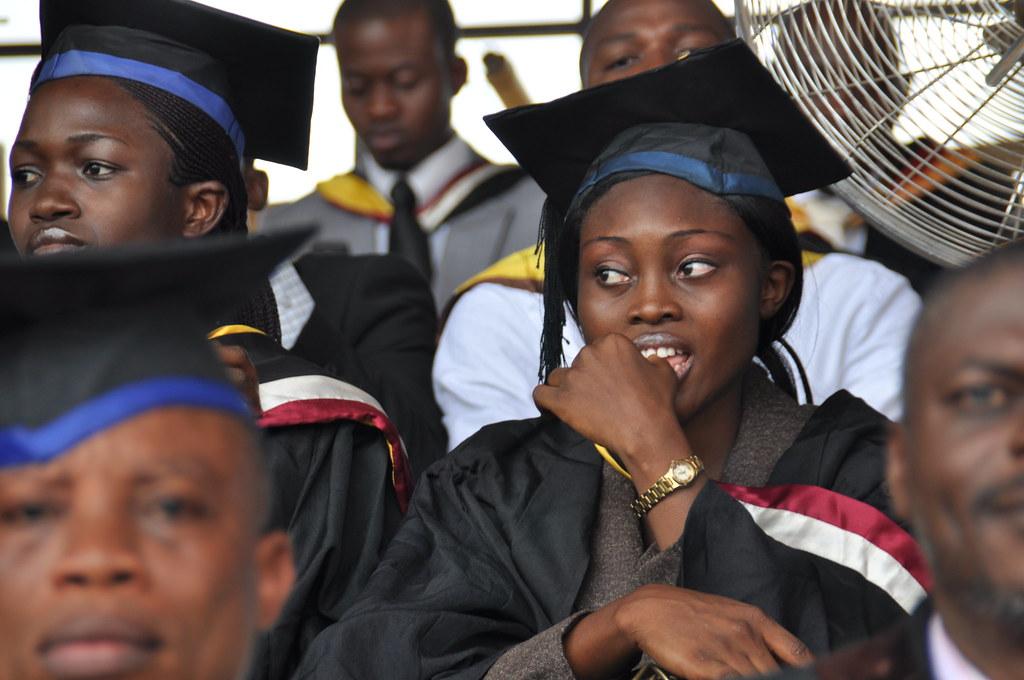 One morning before heading to university, Esther Binkap, 21, looked at herself in the mirror and asked herself if it was all worth it. The English Language undergraduate at the University of Jos was running to be president of her arts students association, a position in which she felt she could make positives changes, but had faced abuse since putting herself forwards.

Her campaign posters had been ripped down. Her supporters, and particularly female members of her campaign team, had faced threats that their grades would be tampered with. And Binkap had received constant comments from students asking why a woman would want to be president. “Where is it written in the bible that a woman should be president?” asked one.

Nonetheless, she kept going. When she received threats that some students would “deal with her” and got word that she might be in danger, she fled for safety. Yet still she did not withdraw her candidacy.

As a young girl, Binkap had looked up to Beni Butmak, a female member of the National House of Representatives who represented her constituency. She dreamt of one day being like her, addressing the people’s problems and providing solutions. Binkap got involved in campus politics in her first year of her degree and aspired to take on greater responsibilities. When aspired to the highest office in the arts’ students association, the tide turned against her. She immediately faced abuse and threats, but Binkap wasn’t ready to give up her aspirations just because the idea of a female president was alien to some.

“Some people see it as a form of disrespect when something is new, bubbly and challenging whatever you have believed in,” she says. Even though Binkap lost once the dust settled and the votes were counted, she did not regret standing up for herself.

According to the World Economic Forum Global Gender Gap Report, Nigeria ranks 149th out of 155 countries in terms of female political representation. Only 10.3% of ministerial positions and 5.8% of parliamentary seats are held by women. Moreover, attempts to change this reality face intense opposition. When a gender equality bill was brought to the National Assembly earlier this year, it was promptly shut down by the grossly unequal legislative house. When Khadijah Okunnu-Lamidi announced she was contesting the 2023 presidential election, many Nigerians took to social media to tell her a woman can never be president.

According to Folashade Aransiola, Executive Director of Blue Sapphire, a women-led organisation that advocates for female participation in politics, the belief that women don’t belong in politics is drummed into Nigerians when they are still youths.

“As young people, we understudy what the older group of people practice and we copy it from them,” she says. “This is why in campuses, more male students contest elections than their female counterparts. It is only girls who are naturally exposed or nonconformists that oftentimes participate actively in politics and when she does, men see her as eroding into a space not meant for her.”

Some people argue that institutions need to implement rules to ensure greater female representation. However, Binkap’s experience shows the inadequacy of this approach. Many Nigerian universities already reserve certain student offices, such as Assistant General Secretary and Vice President, to female students. But rather than tackling gender inequality, these rules just change the way it functions.

The problem, says Prosper, is not the rules so much as popular attitudes towards women, such as those held by Olukayode Lawal.

“[Women] can’t handle the pressure that comes from being the team head,” says the 20-year-old male student. “Because of their nature, they allow their emotions cloud their judgment and act out of character. If any of my female friends decides to contest for the post of the President of the Student Union, her faculty or department, I will tell her the zeal she has lacks a proper direction and tell her to run for another post.”

Women face these same mindsets, however, even if they take on the roles reserved for them.

When Chioma*, a 20-year-old student at the University of Ilorin, was vice-president of her department’s student association, her ideas were regularly dismissed out of hand, even when some were quietly adopted later.

“There were times when meetings were held without me and the other females being informed and, at the end of the day, they would just come and delegate roles to us,” she adds.

Chioma had planned to contest for another post at the end of her term, but her experiences changed her mind.

“It felt like I was holding a redundant position and I would not want the same thing to repeat itself in the future,” she says. “I will rather not bear the title than bear it without being able to make meaningful contributions.”

For Chioma, tackling gender discrimination in campus politics will require a sea change in attitudes driven by both women and their allies. She would like to see sustained, long-term campaigns, though she remains doubtful at the prospect of significant change.

“Many people have played their part in ensuring the society is enlightened about the ills of gender discrimination in politics, but I wonder why it is not working,” she says.

For Binkap, it is also the responsibility of women to not be discouraged and to keep aspiring for political office to prove the stereotypes wrong. She says she is tired of sitting back and watching as Nigeria gets worse and that, instead of complaining, she wants to be a part of the solution. Despite her difficult experiences, she plans to keep campaigning and to venture into politics upon graduation.

“Politics drives words to a place of actions and results,” she says. “For this reason, I still want to do politics in the future.”

Olayide Oluwafunmilayo Soaga is an early career Freelance Journalist and an incoming final year student of political science. She has written for IJNet, International Policy Digest, The Guardian (Nigeria ) and others. Her stories revolve around property, environment, education and gender inclusivity.