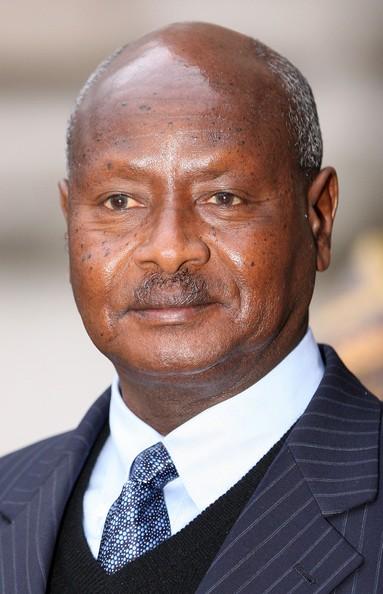 A post-Museveni Uganda is on the horizon - but what will it look like?

One of the peculiarities of African governments with long-serving leaders is that whereas they are led by aging men and women, their public institutions are pubescent. Like minors everywhere, these institutions tend to be easy to abuse and harder to control as the spell of paternalism wears off. Unsurprisingly, where such tensions exist, the fear that leaders may die intestate or depart without setting their affairs in order are real. Without the political equivalent of a will or succession plan the prospect of chaos is as real as the evening sun.

The Ugandan political class is undergoing some handwringing over similar concerns. By the time of the next election in 2016, Yoweri Museveni – the charismatic leader of the ruling party, the National Resistance Movement – will have been 30 years in power. Asked recently at a party conference if he would be partial to the discussing his own succession Yoweri Museveni reportedly left the room for a bathroom break.

Party conferences, like the one in Kyankwanzi in January, have become necessary to keep the ruling NRM from tearing itself apart. This one – the fourth in a series since the last half of 2011 –  came when just months after winning re-election a season of dissent descended on the NRM.

And it is fair to say that pressures driven by uncertainty about a future after Mr. Museveni and inheritance of the family jewels – Uganda’s newly discovered oil wealth – are driving some of the bickering.

Protests from organized groups including teachers, health workers, traders and students rage at the door of change. Inside, finger pointing over allegations of corruption, centred mainly around bribery claims in Uganda’s oil sector, have led to calls for the resignation of the Prime Minister Amama Mbabazi, the Foreign Minister and brother-in-law of the President, Sam Kutesa, and former energy Minister (now head of Internal Security) Hilary Onek. Besides being regime insiders, both the Prime Minister and Foreign Minister have been associated with the succession “˜queue’.

These “˜family’ quarrels are obviously meant to re-arrange the so-called succession queue or impose a different form of succession within the party.

Last year parliament, packed with a majority of young Mps, many of them fresh to the gallery, surprised the President by convening a special session at which they sought to stop the government from signing any new oil deals and launching an all out reform package in the extractives sector. They also picketed government Ministers over other cases of corruption, which in Uganda is like closing your eyes and pointing any member of cabinet off to jail. Each may yet have their turn. A Minister for the Presidency, Princess Kabakumba Matsiko, was forced to resign after allegations that her radio station was using broadcast services belonging to the national broadcaster for free. Waiting in line are three or more others.

It is anticipated that unless the President manages to reign in his Mps through the “re-education camps,” where he has met them with lectures on ideology with an emphasis on party unity, things may well and truly fall apart.

Many analysts have weighed in about on relationship between oil and corruption, which makes sense perhaps for a country with a history of graft parodied elsewhere as a bad episode of Ali Baba and the Forty Thieves.

However, perhaps emphasis should be centred on what state the politics of succession (or if one is to look beyond the NRM, political transition), will leave Uganda’s public institutions?

It is necessary to recognize that the present chaos within the ruling party is maturing not because of oil, but in spite of it. The seeds of the present crisis were sown at the 2006 NRM party primaries – the first elections in which what was previously a no-party system in Uganda became a competitive multi-party system. These elections produced the first set of “˜independents’ or candidates who, failing to win the party ticket, ran anyway and won the election on their own individual merit. Resentful of the old authority structures that persisted within the new “˜party,’ these Mps and their supporters formed the nucleus of the new reform movement within the NRM. In the 2011 elections independent candidates, mostly NRM leaning, outnumber the official political opposition and some fear could, if they had a leader, form the second largest party within the parliament. The oil debate was in effect no less than a parliamentary coup whose aim is uprooting the old order.

Secondly, the very same institutions currently arbitrating Uganda’s political transition (or succession) are the same ones that will usher Uganda into its oil-producing era. And it could be messy.

When the oil debate revealed allegations of corrupt payments it put on hold a $2.9 billion deal for oil production by a consortium led by UK’s Tullow Oil, Total and the China National Offshore Oil Corporation (CNOOC). Since then the government has sought better terms from the companies and fast tracked oil laws to be debated next month – in part due to the public outcry related to the scandal. But these are some of the better outcomes. Mps have also sought, quite dangerously, to approve all contracts. It’s possible that a Parliament (close to 400 members) with an elevated role in the extractives sector, in a country where elections are a vote-buying exercise, may be no-worse when oil comes than an Executive that may well seek to bond them in a common enterprise of emptying the treasury.

What is important to observe now is that NRM’s inchoate transition, as well as Uganda’s incomplete transition to oil producer, are occurring within the same time frame and applying pressures on the very same institutions.  Uganda is becoming to policy makers and analysts the new Mecca on which one can observe the effect of natural resource exploitation on hybrid regimes.

The point above is important because Uganda sits at the fault lines of a fragile region which is equally resource endowed. Its public institutions are therefore not merely matters of internal concern alone. The oil fields it intends to exploit are shared with Democratic Republic of Congo, while it is the direct neighbour of South Sudan. Internal political reform is thus a matter of regional policy and international security – where Uganda as an ally of the West will face increased scrutiny. If its institutions do not survive its leaders, or if the pressures from oil prove too much, the consequences will be felt beyond the Ugandan homestead.