Nigeria: Ribadu’s return is good news, but Jonathan must take on the State Governors – By Jeremy Weate 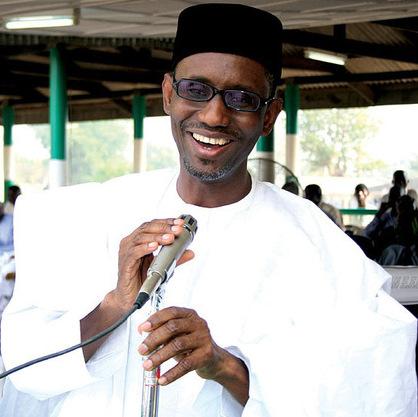 The return of Nuhu Ribadu to the political theatre in Abuja as Chair of the newly constituted Task Force on Petroleum Revenue perhaps does just enough to finally tip the balance of forces in favour of the progressive, for the first time in the Goodluck Jonathan administration.  At the height of his powers at the Economic and Financial Crimes Commission (EFCC) under former President Olusegun Obasanjo, Ribadu struck fear into many a state governor or briefcase contractor.  With no legal mandate and reporting directly to the Minister of Petroleum, it will be interesting to see what impact the new body has.  The move does however put the quest to quell corruption closer to centre stage in Nigeria.  Together with his former colleague Ibrahim Lamorde, who was formally appointed Chair of the EFCC in January, we may see more pressure for the state-owned colossus, the Nigerian National Petroleum Corporation (NNPC) to change its modus operandi, ahead of the long-anticipated Petroleum Industry Bill (which is currently being rewritten, apparently from scratch).

However, whether the fight against corruption in the oil sector and elsewhere is the most important battle progressives have to win in order to break the logjam of under-development in Nigeria, as Ribadu passionately believes, is open to question.  An alternative perspective would position grand corruption in Nigeria as symptom, rather than cause of developmental malaise. On this view, corruption is merely cyclical action at the surface, with each administration generating characters that repeat and refashion the archetype set by the original flamboyant kleptocrat, Festus Okotie-Eboh, independent Nigeria’s first Minister of Finance.

If corruption is mere symptom, what then is the cause?  It is too easy to point to the “˜resource curse’ simpliciter as the source of Nigeria’s woes.  The first systematic assessment of corruption in Nigeria was the Commission of Inquiry into the Administration of Lagos Town Council, back in 1953, long before the commercial production of oil in Nigeria.  The report tries hard to avoid being shocked at the Mayor’s £2,500 per annum salary, far more than the equivalent paid to mayors in English towns at the time, as well as the proposed budget of £2,000 for the purchase of the mayoral car. More interesting however is the conclusion, where the author remarks, after noting that the council was only three years in operation, “Neither do I overlook the fact – and I say this in no derogatory sense – that it was an all-African Council with a way of life and elected by people with a way of life which differs from my own.  Moreover it had imposed upon it the outline of a local government structure English in conception and based on English practice.”

In many ways, this nearly sixty-year old assessment is relevant for a critique of the governance framework of Nigeria today.   Rather than oil per se, the underlying cause of corruption is the structure of Nigeria’s quintessential “petro” state.  There are a number of characteristics of the petro-state we can point to.  Firstly, it features a broken social contract in the form of a rupture in the relationship between taxation and accountability. Royalties and taxes paid by international oil companies are direct contributions to the federal coffers, by-passing the citizenry. As the government has no need to rely on internally generated revenue, it has no incentive to engage with accountability actors such as civil society organisations.  It is therefore close to impossible to apply accountability pressure into the system of governance. In Nigeria ministers never resign.

Receiving over 50 percent of the fiscal allocation, the federal centre-ground is the “˜prize’ in Nigerian politics.  The state has developed a mirage-like quality, in contrast to, say, Ghana, national identity has been relatively weak and opportunistic in Nigeria.  Just as the capital city, Abuja, has no obvious centre, so too does the structure of the Nigerian state, once the hydrocarbon banquet is removed.

The absent centre of the Nigerian petro state exhibits enormous centripetal effects, none more so than the power granted to the president by the constitution. The president effectively oversees all three arms of government. The rambunctious noise of the House of Representatives belies the reality of how the Speaker of the House is selected, and the political economy pressures that come with the job.  The president selects the boards of all key agencies of government, including that of the Chair of the EFCC.  This constitutional mandate means that there can be no institutions that function at arms-length from the Presidency, and therefore, no effective checks and balances placed into the system.

The petro state also ensures that key government institutions are weakened to the point of torpor. No state can develop a critical infrastructure and services without a meritocratic civil service cadre. Despite being founded on the best of intentions by requiring that there is a balanced representation of staff from across Nigeria, the “Federal Character” rule introduced in the 1979 Constitution effectively ensures that the best will often not rise to the top.

Finally and perhaps most critically, the Nigerian petro state denies accountability and participation at the grass roots level. At present, local governments are funded via a joint account, which the state government receives from the Federation Account. The consequence of this is that only local government leaders who kowtow to the state governor can be guaranteed to receive their allocations.  Without the power to set budgets according to practical realities on the ground, a participative form of governance is killed before it is born.

The petro state must therefore be seen as the engine-room of corruption. By ensuring there is a centralised pot of money (the Federation Account) and a constitutionally hyper-empowered presidency, in the context of weakened non-meritocratic institutions and scant opportunity for accountable governance at the local level, the conditions for grand corruption are put in place.  Both the presidency and state governors (via the Excess Crude Account) have huge sums of money at their disposal, with insufficient institutional checks and balances built into the system.

The obvious developmental solution to the stultifying fiction of the petro state is a systematic decentralisation of fiscal arrangements, supported by constitutional devolution.  This would be the Nigerian “˜third way’ between an enforced unitary status quo and an unrealistic appeal for a once-and-for-all break up. This would include rigorous checks and balances placed against presidential and state governor discretion; it would also ensure that local governments are funded independently of state governors. Finally, it would include the mandate that oil windfalls over the benchmark price are saved rather than squandered (replacing the Excess Crude Account).

The technical details of a devolved and fiscally federalised Nigerian state could be worked out with relative ease.  The question is, why has it not happened already? The key pressure comes from the state governors, organised via the Governor’s Forum (which is not, by the way, mentioned in the current Nigerian constitution).  Empowering local governments would put grassroots politics beyond the control of the state capital, considerably diluting the current autocracy of state governors.

So far, Jonathan has yet to take on the governors. His presidential style contrasts with Ribadu’s former boss Obasanjo, who was often willing to wade in to adjust the complex balances that make Nigeria work.  And yet. Jonathan now has a competent administrator at the head of the electoral commission in Attahiru Jega, and one of the stars of the Obasanjo era administration arriving to tackle grand sleaze in oil. He has a proven bureaucrat at the helm of the EFCC, and an internationally respected Finance Minister.  As the dusk settles on the “Occupy Nigeria” oil subsidy removal protest, the President can also claim responsibility (by accident rather than design) for an increasing energy and confidence among civil society groups.

The conditions for more accountable governance are gathering. The ultimate achievement of his administration now emerges on the horizon: a deep-seated constitutional reform that delivers a genuine federal structure to Nigeria, and for the first time empowers accountability at the local level of government.  If he achieved this, Jonathan would truly have broken the mould of Nigeria’s post-independence politics.  And the country’s Nuhu Ribadus and Ibrahim Lamordes would have an easier task ahead of them.

What’s diaspora got to do with it ...