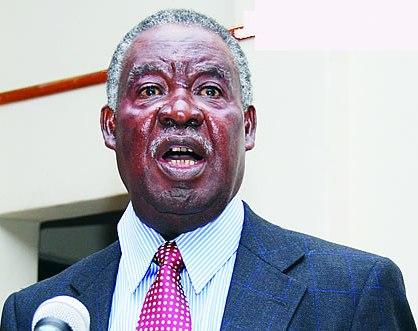 Michael Sata’s tough electoral stance on corruption has been reflected by concerted action against members of former political regimes.

Corruption of previous governments is likely to be targeted by new Sata regime, particularly in infrastructure, energy and retail sectors.

In the next six-months, President Sata is unlikely to ease his anti-corruption drive, which was one of his key campaign promises, and he started implementing immediately after his election as President in September 2011.

On 9 January 2012, the government reversed a $394 million contract for the sale of a 75% stake in Zambia Telecommunications Company Limited (Zamtel) to Libyan investment fund LAP Green Networks, on the grounds of irregularities in the contract-awarding process. LAP Green Networks reportedly failed to satisfy any of the three key pre-qualification criteria that regulate the tender process. LAP Green Networks claimed it had already spent $170 million in developing the operator’s infrastructure. Further contract cancellations are likely, particularly in the infrastructure, energy and retail sectors, as President Sata pursues corruption investigations into contracts concluded under the previous MMD government.

Probes initially started with high-profile deals which resulted in the reversal of the $5.4 million sale of Finance Bank of Zambia to South Africa’s FirstRand and the cancellation of a contract with Turkish-owned Guris Holding to build a new airport in Lusaka. In November 2011, the government also cancelled a contract for the sale of 80% of the Zambia Electricity Supply Corporation (ZESCO)-owned optic fibre network to LAP Green Networks.

Sata faces growing pressure from civil society groups and the opposition to prosecute former MMD officials and lift the immunity of former President Banda. The MMD lacks the capacity to block investigations, as it only holds 55 out of 150 seats in the National Assembly and The United Party for National Development (the other main opposition party in Parliament), under the leadership of Southerner Hakainde Hichilema, supports Sata’s corruption drive. The party has furthermore been weakened by the defection of MPs to join President Sata’s government despite the threat of sanctions.

The construction and energy sectors are likely to be the next target of President Sata’s anti-corruption drive, resulting in contract cancellations and orders for the reimbursement of funds paid by the state. Investigations are reportedly underway of fuel-purchase contracts entered into by the Energy Regulation Board (ERB), power and supply purchase agreements entered into by ZESCO, and contracts undertaken by the Zambia National Building Society (valued at approximately $98 million). Infrastructure contracts, in particular road construction projects, are being reviewed and a number of them have already been cancelled, though these have tended to be primarily non-performance based. The government is also likely to review contracts with food and fuel retailers, such as Pepsi Cola, as well as contracts for land sales.