Joyce Banda delivers a speech at her ina 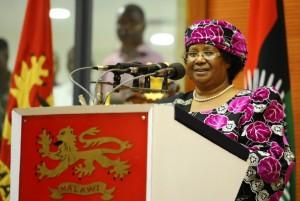 Joyce Banda delivers a speech at her inauguration on April 7, 2012 as Malawi’s new president, becoming its first female leader in a ceremony in the capital Lilongwe. Joyce Banda was on Saturday sworn in as Malawi’s first woman president and told her supporters there was “no room for revenge” after the divisive Bingu wa Mutharika died in office. AFP PHOTO / STEPHANE DE SAKUTIN (Photo credit should read STEPHANE DE SAKUTIN/AFP/Getty Images)

About half of the oil being produced by Angola is in Congolese waters, according to the UN convention that defines maritime borders. Angola’s politics lives off oil. The natural resource ...
By continuing to browse this site, you agree to our use of cookies.