African economies rising – but are they taking the people with them? – By Richard Dowden 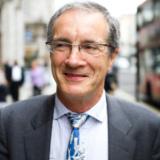 How long before Africa's demographic dividend becomes a disaster - scaring away investors for another generation?

After 26 years of the most horrific war, Liberia seems to have settled down despite noisy disenchantment with the rule of Ellen Johnson Sirleaf, now in her second term. I recently attended a conference on Liberia for some 300 investors and potential investors. During this, I heard very many positive statements from companies that have already invested in the country and praise for the remarkable recovery it has made since the war finally ended in 2003. The biggest ventures are in mining and palm oil plantations, though there was also talk of housing projects and even tourist beaches.

President Johnson Sirleaf was originally on the billing but pulled out. Many people would have liked to have heard her speak, and I would have welcomed the opportunity to ask her why she appointed three of her sons as ministers. Maybe in such a fragmented country they were the only people she really trusted. But this nepotism has damaged her previously glowing reputation – though she has recently suspended one of them, along with 46 other officials, for failing to declare their assets.

The conference was held in the sumptuously grand rooms of the Drapers Hall in the City of London. Its full glorious title is “The Master and Wardens and Brethren and Sisters of the Guild or Fraternity of the Blessed Mary the Virgin of the Mystery of Drapers of the City of London” and its origins go back to 1180. On the wall of the main meeting hall is both a clock and a weather vane (connected, I assume, to a device on the roof). Traders in the 18th Century really had to know which way the wind was blowing.

Today’s weather vanes are the big consultancy firms such as Ernst and Young. Its 2011 report It’s Time for Africa said that the continent “has one of the fastest economic growth rates, enjoys the highest returns on investment in the world and is making strong progress towards political reform, macroeconomic stability and social development”. It urged investors to pile in, though it did feel the need to mention the company’s ability “to navigate successfully through the complexity (of Africa) that our clients are experiencing…”

The report had a huge impact. Suddenly other big business beasts – and not just mining companies – began to set sail for Africa. Just a few years ago, in many London-based companies, the very mention of Africa would have set eyes rolling and provoked a quick change of subject. Now they are falling over each other in the scramble for the new El Dorado.

Africa is the world’s last great untapped resource landmass, but there are two big questions: why hasn’t it fulfilled the potential that these resources promised? And what has changed that makes them accessible now? I still cannot quite find the answers, but in the process I developed a set of rules for reporting the continent. The first one is, don’t make continent-wide generalisations. Africa is the most diverse continent on the planet – it has more than 2000 languages for example. Unqualified generalisations are useless. Every time you reach a conclusion you find several cases where the opposite is true. Ernst and Young at least mention the complexities of Africa, but then go on to make sweeping statements such as: “Africans themselves are leading the growth in investment across the continent, and display an overwhelming optimism…”

The second rule is to rely mainly on African informants. The Ernst and Young survey, however, did not rely on African perceptions. It was based on interviews with 562 businesses of whom 59 percent were European, 18 percent North American and 18 percent Asian. Sixty-one percent had operations in Africa, and many of those businesses hired Africans, but there is not much input from other Africans there. That is not to say the perception is wrong, but rather that I would treat it with caution. It comes from inside the air-conditioned bubble that expat and African professionals inhabit in every African city. From home to car to office and back to home they rarely, if ever, leave that bubble or listen to ordinary Africans in the street.

The third is to treat all figures with deep suspicion, especially if they are precise. I had always accepted World Bank figures as gospel until I realised that the Bank relies on African governments for most of its data. Remember Ghana in 2010?  That year the Ghana Statistical Service “improved their national accounts series by incorporating new data sources and better estimation methods, classifications and standards” said the World Bank. That led it to “re-base” the estimates and revise the level of GDP for 2006 upwards by a modest 60 percent. Yes, SIXTY PERCENT richer than we had been told. Overnight it became a middle income country. And Ghana has one of the best bureaucracies in Africa. God knows how they add up the figures elsewhere, but one thing is certain – Africa is a lot richer than the development lobby and aid agencies would have us believe.

Another recent report from McKinsey and Co called Africa at Work, Job Creation and Inclusive Growth suffered similar problems of generalisation. It says Africa is the second fastest growing region of the world and the continent’s GDP is expected to grow at 4.8 percent this year. Good news, but worryingly drawn from only 14 countries, most of them the more successful ones. Their employment figures seem to have been extrapolated continent-wide and that is worrying because there are some big “buts” hidden among the optimism. Firstly, natural resources extraction is the single biggest contributor to Africa’s growth. There is not much sign of adding value to those resources or manufacturing in Africa. Secondly the report claims poverty is falling and poverty figures are notoriously short term and unreliable.

The report says that 90 million Africans had joined the world’s consuming classes by 2011 and that the continent is about to reap a “demographic dividend” by 2020 as there will be another 122 million people in the job market. Then comes the killer fact that makes the so-called dividend look more like a disaster: only 28 percent of the current labour force has stable wage-paying jobs. So technically Africa – were it one country – has a 72 percent unemployment rate. And where will new jobs come from? Resource extraction – namely mining, oil and gas – are notoriously low employers these days.

Without work, millions of poor and poorly educated young Africans will sit at home trying to make sense of why they spent so long in school and why their parents made huge sacrifices to send them there. Why did they bother? But this huge rising generation will be connected, linked to each other by the internet and global social media. My guess is they will become angry. How long before an explosion of that anger blows away investors for another generation?

RAS recently launched a book on this very topic: Alcinda’ Honwana’s The Time of Youth. She defines the situation of most young Africans as “waithood” – a never ending time waiting for life to begin when they will have a job, can get married and have a family. Dr Honwana concludes that the Arab Spring might spread across Africa. She writes: “Could this represent the beginning of an era in which young people will no longer allow themselves to be manipulated by the elites into fighting ethnic and religious conflicts but instead choose the fight for their own socioeconomic and political rights? Could this mean that the waithood generation in Africa is shifting the battlefield from identity–based conflict into class inequality and rights-based conflict?”

You won’t read that in the business prospectus, but business in Africa needs to know about it too.

My comment last week that Andrew Mitchell, Clare Short and Lynda Chalker really cared about the job when they were overseas aid minister, brought a sharp response from many who pointed out that Hilary Benn also cared. That is true. I am sorry I did not mention him.