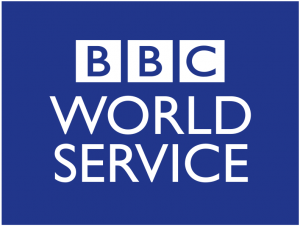 "Nation shall speak peace unto nation" - the motto of the BBC, but radio broadcasting has often been used for less benign purposes.

Radio Propaganda and the Broadcasting of Hatred: Historical Development and Definitions is a new book by Keith Somerville, a regular writer for African Arguments.

It was late evening on Wednesday 6 April 1994 in studio S36 in Bush House, the home of the BBC World Service.  My Newshour team were coming to the end of a long shift and there was about 15 minutes of programme time to go.  The running order was full, timings were spot on and the programme was going well.  And then came the moment when a newsflash set both my pulse racing and alarm bells in my ears.

A report came in on the BBC newsgathering system that the plane carrying Presidents Juvenal Habyarimana of Rwanda and Cyprien Ntaryamira of Burundi had crashed near Kigali – all on board were presumed dead.

It’s not every day you get two presidents killed in the same crash, so that alone meant this would develop into a big story for the World Service audience. To compound this, Rwanda and Burundi were two of the most volatile states in Africa.  Their presidents were returning from Arusha in Tanzania from a summit at which pressure was put on Habyarimana to proceed with implementing the Arusha peace Accords designed to end four years of war in Rwanda.  His death would, at the every least, put the accords in doubt, and could potentially lead to full scale civil war or worse.

As I sought more information from BBC newsgathering, the Africa service at Bush, and checked incoming news wires, I was assessing how to cover the story before the programme came off air.  I checked with my studio producer, Fred Dove, if we had room for Rwanda and he said he could make room. So I had to decide.

While not an expert on Rwanda particularly, I had reported stories from inside the country, followed the four year civil war and had a good background knowledge of the decades of conflict, massacres and repression of the Tutsi minority in Rwanda by the Hutu majority.  I knew very well how unstable the ceasefire was between the government and the opposition Rwandan Patriotic Front (RPF) and how an event like this, and any suggestion that the Tutsi-led RPF was responsible for Habyarimana’s death, could lead not just to renewed fighting, but to targeted massacres of Tutsis.  I did not want to risk having any role in starting rumours or broadcasting suggestions that could have catastrophic results. I opted for safety and caution.

As it did for most of Africa and much of the world, my focus now switched to South Africa.  Within days I was in Johannesburg leading the World Service news programme team reporting the elections that were to bring the African National Congress and Nelson Mandela to power.  However, even in the hectic run up to the start of voting on 27 April, the horrifying news from Rwanda was being discussed in South Africa. This now included the killing of the Prime Minister and several ministers in the coalition government and growing evidence of large-scale massacres of Tutsis.

Days before the official announcement of the South African election result  on 6 May, it was clear the ANC had won and international leaders and diplomats were beginning to sound out the new government’s leaders about a South African role in ending the Rwandan violence.  The man soon to become South Africa’s deputy defence minister and a key figure in the new military and intelligence set up, Ronnie Kasrils, told me off the record he was fending off suggestions of a South African-led African force to keep the peace in Rwanda. Over the next couple of months the extent, intent and sheer scale of the attempted genocide became clear.  What also became clear was the role of the media in Rwanda in inciting hatred of and violence against Tutsis and moderate Hutus.  The phrase “˜hate radio’ became synonymous with Rwanda and Radio Television Libre des Mille Collines (RTLM), the Hutu station which encouraged and aided the killings.

That radio should play such a role was an anathema to someone like me who had worked for years in the World Service. I was wedded to the motto on the BBC coat of arms that “˜nation shall speak peace unto nation’ – even though I knew well that, in its own way, the BBC World Service output was, like most other news, a form of propaganda, though a benign and well-intentioned form.

Before working as a radio producer, reporter and editor, I’d spent eight years at the BBC Monitoring Service directly monitoring Soviet, Czech, Israeli, Afghan, apartheid South African and, during the Falklands War, Argentinian, news and propaganda broadcasts. I had few illusions about the purity of the broadcast media.

The first half of the 1990s brought home with violent force the ways that broadcasting, primarily radio, could be used to encourage, justify, incite and support violence, particularly in regional or civil conflicts.  Even before the ghastly example of RTLM, Serb and Croat radio and TV, especially local stations like the Serb one in Knin, had shown how radio and other media could be used for ends other than informing people of news and information. A decade later, my interest was strengthened by aspects of the post-election violence in Kenya in 2007-08 and the suggestions that radio had played a key role in inciting violence and hatred.

Kenya had always interested me – in 1992 I was arrested and deported by the Moi government to prevent me making a documentary on demands for an end to one-party rule.  Research into the role of radio in the events in Kenya inevitably threw up comparisons, usually hugely exaggerated, with Rwanda.  I thought it better related to what I knew of the break-up of Yugoslavia – which I had been involved in covering exhaustively as a programme editor at the World Service in the early nineties.  As research tends to, it then led me back – back to Cold War propaganda, the role of radio in the Middle East and to the Second World War and Nazi Germany and then further back to the early uses of radio for the purpose of propagandizing.

I found more and more material, but struggled to put it into context, to find definitions, to delineate the different forms and motivations of propaganda, and to decide where, how and why propaganda developed into the open engendering of hatred and incitement to violence.

The main conclusions I have come to relate to how radio can directly incite but also set an agenda for hate and acceptance of or involvement in violence against “the other”. In Rwanda, an agenda was set for the Hutu audience of RTLM emphasising that all Tutsis were a threat to all Hutus on a long-term basis; that the only way to protect the Hutu was to destroy the Tutsi; that as the threat was deemed by Hutu leaders to be immediate and local, you as a Hutu should join the collective effort in exterminating the Tutsi.  It was a cascading series of actions deriving from the representation of the Tutsi as the enemy.

Ultimately, the incitement of hate works on all the levels described above and can be put as follows: to set an agenda of suspicion and ultimately hatred of a target group or groups; attribute malign motivations to those groups;  utilize fear through the propagation of a discourse of atrocity relating to the malign motivations of the target group; relate the long-term threat and/or grievances against a group to current developments; prepare people to “defend” themselves and their community against this threat; place the blame for violence on the target group, thus justifying violence as a response to attack or threat and finally to incite action and justify action.

The ability to translate these points into actual policy is dependent on the propagandist’s ability to marshal and use force, coercion and violence to accompany the propaganda.  Politicians, movements or governments may propagate ideas and even develop discourses of hatred, but they become a deadly weapon when allied with the capacity to carry out violence.

Radio Propaganda and the Broadcasting of Hatred: Historical Development and Definitions by Keith Somerville is published on 12 October 2012 by Palgrave. A book launch will be held at the Brunei Suite, SOAS, London at 6.30pm on 23rd October.

Keith Somerville teaches at the University of Kent and runs the Africa – News and Analysis website  (www.africajournaismtheworld.com)