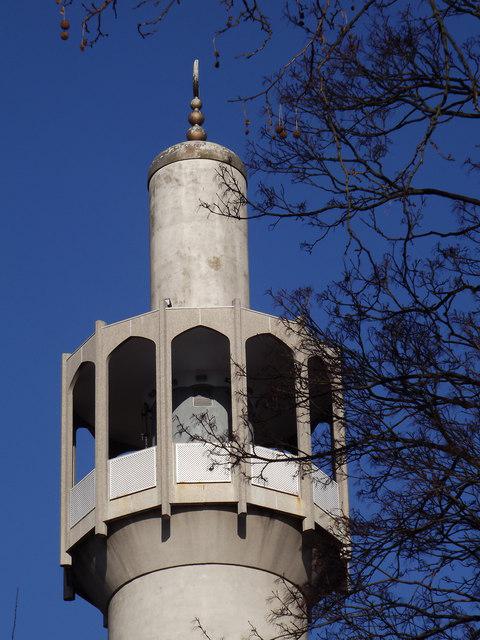 In Europe (and Britain) religion is often thought to be in terminal decline. Yet, the fact is that African Christians and Muslims increasingly occupy a prominent place within the multicultural religious and social landscape of contemporary society.  Any assessment of religious decline neglects the pivotal role of religion for the African diaspora in these regions; a role that will be examined in a forthcoming conference taking place in London this winter.

The conference “Religion and Diaspora: African Migrants’ Religious Networks in Britain and Europe” – to be held at the School of Oriental and African Studies in London on the 24th November 2012 – will address the role that religion plays in the African diaspora.  The event aims to gain a deeper understanding of the polyvalent elements that constitute British and European civic society in the early twenty-first century.

This endeavour is of urgent importance in our contemporary era when the contribution of religion to public life is under increasing scrutiny. Through their religious practice, doctrine and ethics, African Christians and Muslims articulate social visions that address key contemporary issues of sexuality, health, prosperity, political virtue, secularization, and globalization. The African diaspora in Britain and Europe, in other words, show us how religious practitioners draw upon religious idioms and practices in order to construct new notions of citizenship – notions of belonging, rights and obligations that often do not fit neatly into the West’s liberal democratic tradition.

Religion, the African Diaspora and the Secularization Debate: One of the most pressing debates in contemporary Britain and Europe focuses on the relationship between the religious and the secular in the public sphere. Recently, the debate has been characterized by a number of high-profile individuals and organizations defending the significance of faith in British society.

What is the contribution of religious communities in the African diaspora to this on-going discussion? What new and traditional forms of media do they draw upon to critique notions of the secular? Do African Christians and Muslims envision the relationship between religious commitment and civic obligation as complementary, conflicting, or falling between these two extremes? The African diaspora in Europe hails from countries as diverse as Nigeria, Zimbabwe, South Africa and Somalia: how do these national identities intersect with Christian and Muslim piety in order to shape Africans’ practice of citizenship within a diasporic context?

Civic Vision and Discourses of Evil and Healing: Many Christian and Muslim communities practice diverse forms of faith healing, claiming that the causes of sickness and misfortune are spiritual rather than biological-physiological. Equally, many of these believers identify health and healing as evidence of God’s intervention in the secular realm. In what ways does the role that religion plays in diasporic activity in this country, and in Europe more broadly, offer a distinctive vision of public “˜health’, drawing upon idioms of evil, witchcraft and miraculous healings? What are the legal consequences of these practices? In particular, what are the implications of recent high-profile cases of African “˜witchcraft murders’ in Britain?

Sexuality, Gender and Human Rights: African Christians – particularly those who attend Pentecostal churches – and African Muslims are often typed as resistant to modernizing sexual mores. We urgently need to move beyond this stereotype to carefully examine the contribution of the African diaspora – both in Britain and in Africa – to current debates around sexuality and gender. Religious communities within the diaspora both draw upon and reject idioms of human rights, justice and development; African concepts of patriarchy and normative sexuality are transformed in the context of the diasporic experience and assume new meaning. A further factor to consider is the role that international aid organizations – and the financial leverage they exert – play in shaping African notions of sexuality.

African Pentecostals and the Established Church: Many African Christians in Britain attend some type of Pentecostal church – a form of Christianity that stresses the ecstatic, charismatic mode of the Holy Spirit’s work in believers’ lives. But at the same time, many of these believers have roots and ongoing links to mainstream Anglican, Catholic and Methodist denominations. Further, African Christians do occupy prominent positions within the traditional church establishment; for example, the current Church of England Archbishop of York, John Sentamu, is Ugandan. So, how does the newer phenomenon of African Pentecostalism in Britain position itself in relation to the older established church?

Do they perceive themselves as reformers, as schismatics, or as loyal descendants? What does the increasing popularity of African Pentecostalism and indeed other forms of faith and religiosity imply for a rapidly changing British religious landscape?  This is a question to which this one day conference hopes to find some answers.

“Religion and Diaspora: African Migrants’ Religious Networks in Britain and Europe” – will be held at the School of Oriental and African Studies in London on the 24th November 2012.