Princeton Lyman resigns: the future of US diplomacy in the Sudans – By Aly Verjee 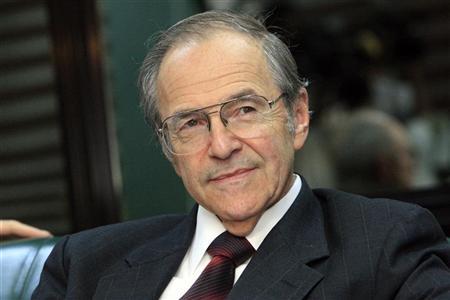 Princeton Lyman, US special envoy for Sudan and South Sudan, is stepping down. A White House source characterised Lyman’s departure as “the kind of personnel change that is normal at the end of a president’s first term and start of a second.”  President Obama appointed Lyman as special envoy on March 31, 2011.  He is the fifth holder of the post, following John Danforth (September 2001 – June 2004, when he was appointed as US ambassador to the United Nations; from New York, he continued his involvement in the negotiations that led to the CPA), Andrew Natsios (October 2006 – December 2007), Richard Williamson (January 2008 – January 2009) and Scott Gration (the first Obama appointee, March 2009 – March 2011).

In a long series of envoys, Lyman was the most successful since Danforth.  First appointed in 2010 to help negotiate post-secession arrangements between north and south, he played a key role in bolstering the efforts of his one time boss, Gration, at the critical juncture around the referendum.  As envoy, Lyman was in charge as the CPA ended and Sudan’s split was peacefully achieved.  He was able to continue a relationship with Khartoum without sycophantically cosying up to the regime – as did Gration – or being unnecessarily antagonistic towards the NCP in public, as were Natsios and Williamson.  In short, he was a better diplomat.

Lyman’s appointment was a relief after the somewhat erratic Gration.  I remember Gration telling me on Referendum Day in 2011 that the independence vote so far had been a “˜disaster’, because voters were being processed very slowly (we tried to explain that it was unrepresentative to measure progress by the few mega-polling stations in Juba, with thousands of registered voters, compared to the majority of more reasonably sized polling places in rural areas, and that with six more days of voting ahead, there was plenty of time, anyway).

Relations with South Sudan have historically been much easier for all the envoys, although the events of the last year (support to the SPLM-N in South Kordofan and Blue Nile, the invasion of Heglig, the oil shut down) have complicated what was once an unequivocal US position towards the government in Juba.  Overall, the envoy’s brief has become more difficult: the end of the CPA and its subsequent replacement by a host of patchwork agreements that two squabbling states have broadly failed to honour, and which have little popular legitimacy, is a lot more difficult to implement.

In recent years, many of the leading lights of the US foreign policy establishment have been engaged with Sudan and South Sudan: in the George W. Bush era, Colin Powell visited Darfur and deputy secretary of state Robert Zoellick talked to Khartoum, in addition to envoys Natsios and Williamson; during the Obama administration, then deputy secretary of state James Steinberg visited Khartoum and Juba for talks.  Former Democratic nominee for President, John Kerry, as chair of the senate foreign relations committee, was involved in key stages of bilateral talks prior to the South’s independence.  Most recently, secretary of state Hillary Clinton visited South Sudan, encouraging Juba to resolve the oil dispute with Khartoum.  This is to say nothing of senior officials from USAID, who have routinely visited Sudan and South Sudan.

This high-level commitment appears set to continue, despite the loss of a competent envoy in Lyman.  US senior advisor on Darfur, Dane Smith, remains in post with plenty to do, as the latest Darfur Peace Agreement stumbles on.  With war ongoing in South Kordofan and Blue Nile, relations between Khartoum and Juba consistently troublesome, and ongoing liaison with capitals in Addis Ababa, Beijing, Doha and elsewhere necessary, the need for a high-level, full time US appointee continues, in addition to the diplomats that head the US missions – Susan Page in Juba and Joseph Stafford in Khartoum (the latter a former ambassador to Gambia, but appointed in Sudan at the rank of chargé d’affaires.  The last US ambassador resident in Khartoum, Tim Carney, left in 1996).  Smith might be a candidate to succeed Lyman, much as Lyman succeeded Gration.  Or the post could be reinvigorated with a more senior political appointee, as with the Danforth appointment.

Whomever Barack Obama appoints next, it’s hard not to believe that those in foreign policy circles in Khartoum will think that, once again, in pursuit of their own interests and policies, they have outlasted a capable, but relatively short lived diplomatic opponent.  And that they can, and will, do it again.  This, of course, is by no means unique to US representatives in Sudan – every other state with representation in the country, every UN representative, every other special envoy – faces the same fate.  Few diplomats stay long on the Sudan file.  Even then, longevity is no guarantee of success, or of influence over the Khartoum regime.

Faith and Development in Africa: A new ...