Politics
Home›African Arguments›Politics›Mali/Algeria: threat of AQIM to Europe has been overstated – By Christina Hellmich

Mali/Algeria: threat of AQIM to Europe has been overstated – By Christina Hellmich 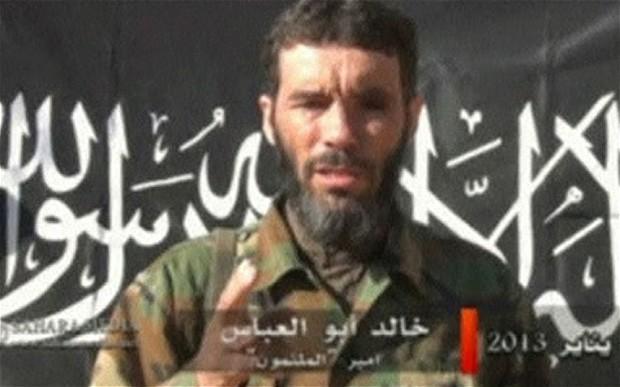 Mokhtar Belmokhtar, supposed al-Qaeda kingpin in the Sahel, may actually be part of a more complex and local struggle for power in the region.

Is Al-Qaeda about to bring terrorism to Europe’s backyard in North Africa?

The intervention of French military forces in Mali and the apparent reprisals in the form of the hostage crisis at the In Amenas gas processing plant in Algeria have brought the threat of Al-Qaeda in the Islamic Maghreb (AQIM) to international attention. The drama of the hostage crisis has shot the hitherto unknown group “˜Signatories in Blood’ and its leader Mokhtar Belmokhtar, variably referred to as an Islamist with ties to bin Ladin and/or a senior al-Qaeda leader, to notoriety overnight and has prompted Western leaders to focus on the possibility of a growing threat of Islamist terrorism on Europe’s southern border. Such tragic events are bound to provoke a strong reaction, yet, upon closer examination, it seems that the idea of a threat to mainland Europe is overstated.

Even at a glance, the nature of the attack – hostage-taking for financial gain – is not the kind we have come to associate with al-Qaeda over the years.  Rather than reflecting the “signature” suicide attack with mass casualties, the event fits more appropriately into the series of other hostage-takings that have taken place in Algeria in recent years but which have not been on so grand a scale and hence have not gained the same attention as events at In Amenas.

It is not only the events which are different: the particular branch of al-Qaeda to which they have been ascribed, al-Qaeda in the Islamic Maghreb (AQIM), formerly known as the GSPC (Groupe Salafiste pour la Prédication et le Combat – Salafist Group for Preaching and Combat) stands out for its focus on a local agenda. Although it has allegedly claimed that it supports Osama bin Ladin, the group, which was found to be responsible for car bombings that took place in Algiers in 2007, as well as a number of other local incidents, appears to be more concerned with the goal of overthrowing the Algerian government and the institution of an Islamic state in its place than with bin Ladin’s vision of the reestablishment of the caliphate and global jihad against the West.

While it can be argued that the above is not entirely out of touch with al-Qaeda’s stated aims, it is nonetheless a return to the “near enemy” – the forces of occupation and secularisation – that have preoccupied Islamists for almost a century. While the AQIM’s claim to be acting in the name of “al-Qaeda central” feels very much like a convenient piece of flag-waving, current al-Qaeda leader Ayman al-Zawahiri declared in 2006 that America and France were the enemies, indicating a pragmatic approach by which senior al-Qaeda leaders aim to flatter their local affiliates, enabling one side to continue to maintain the impression of its global reach while the other benefits from association with the infamous name.  The true extent of any link or co-operative strategy, however, remains open to question.

If there is little evidence to suggest genuine cooperation between AQIM and the senior leadership of al-Qaeda, the connection between al-Qaeda and Belmokhtar and his Signatories in Blood is even more tenuous. Sometimes referred to as “Marlboro man” for his cigarette-smuggling exploits, Belmokhtar has a wide-ranging and impressive criminal career which includes drug trafficking, diamond smuggling and the kidnapping of dozens of Westerners, such as diplomats, aid workers and  tourists, for ransoms of up to $3 million each. Yet Belmokhtar’s success and growing influence were to be his downfall as far as his membership of AQIM was concerned.

While his actions at In Amenas supposedly link Belmokhtar to al-Qaeda in the eyes of the West, he in fact made the news on various jihadist forums for falling out with AQIM for his “fractious behavior”, and either resigned or was formally dismissed from its ranks in late 2012. Such splintering is far from exceptional; indeed, it exemplifies the present state of al-Qaeda.

Al-Qaeda in the Arabian Peninsula (AQAP), operating in Yemen, and the recently formed Ansar al-Sharia are a case in point: despite their different names and agendas, the two groups are frequently referred to as one and the same and are conceived of as somehow representing a joint force.  This bias amongst commentators towards presenting a united al-Qaeda in various regions of the world is conducive only to resurrecting the popular, yet deeply flawed theory that al-Qaeda operates on a global basis as a cohesive group, with all that this implies for the threat it poses to global security.

Today more than ever before, al-Qaeda and its local affiliates are highly fragmented and in disagreement as to their priorities of ideology and strategy.  Indeed, the lines of fragmentation only begin here: beyond the increasing internal debate, al-Qaeda and its local affiliates find themselves in direct contest with other, often more established Islamist groups with radically different worldviews and agendas, many of which now enjoy greater popularity because they are not so ready to spill the blood of their fellow Muslims.

Whilst the existence of groups such as The Signatories in Blood and the dramatic, violent nature of incidents such as mass hostage-takings and car-bombings heightens fears in the West of a resurgence of the al-Qaeda that caused so much death and destruction on 9/11, the truth is that most of today’s al-Qaeda franchises have a much more limited vision. Thus, when David Cameron announces that Britain must pursue the terrorists with an iron resolve, he unwittingly reinforces a notion of a unified Islamist threat that does not exist in that form in reality. It is a convenient narrative which benefits both the propaganda machine of Islamists and the calls of those in the West who support military action, yet the true picture of those who claim to act in the name of al-Qaeda – both in Africa and elsewhere – is far more nuanced, and much less of a threat to Europe, than we are commonly led to believe.