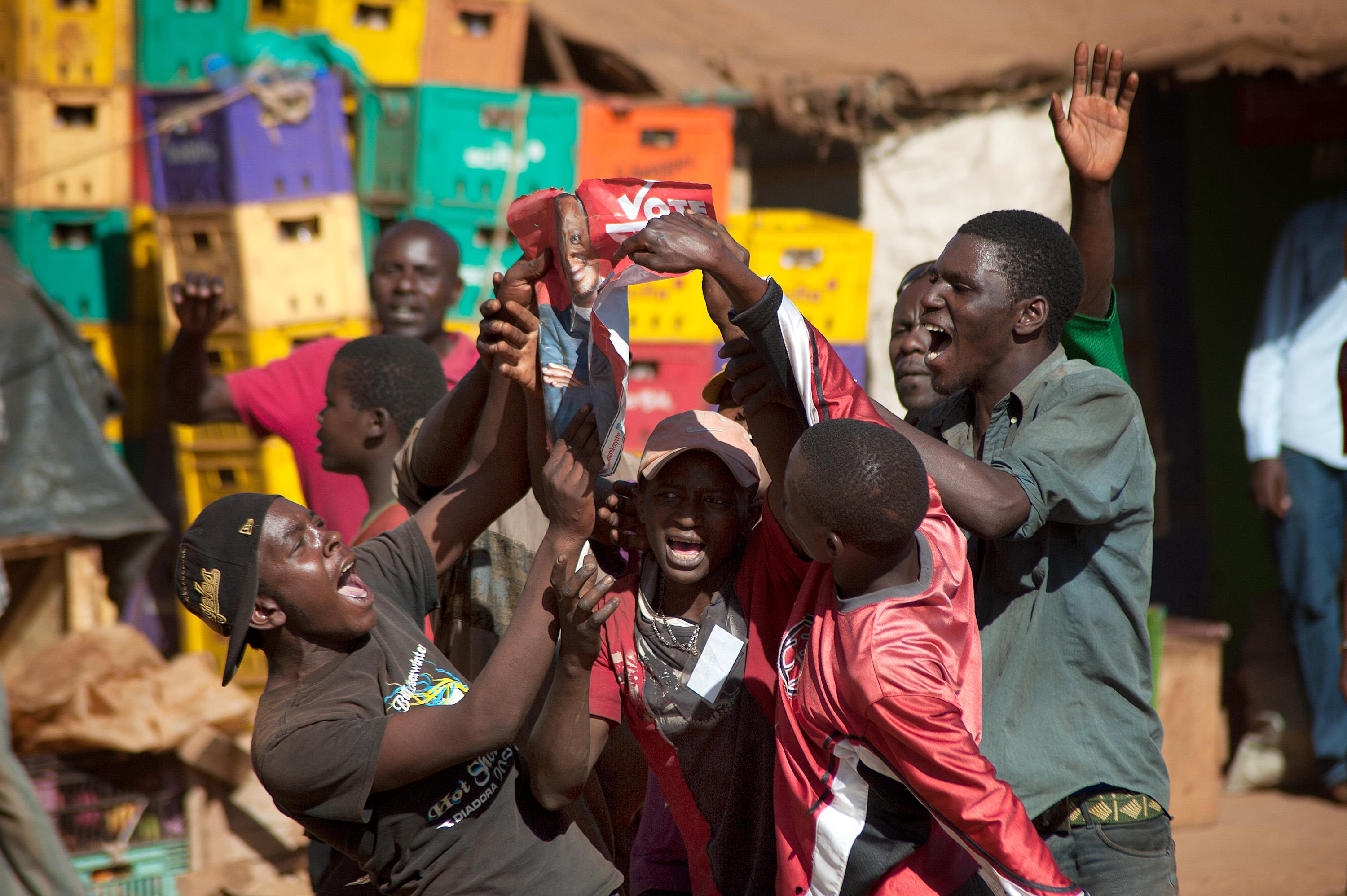 Politics is a way of doing things together (photo by Will Boase).

Politics is more than elections

A few hours before an official winner was declared in Kenya’s election, New York Times correspondent Jeffrey Gettleman tweeted: “Raila REJECTS Kenyatta victory in Kenya election. A 2007 type scenario could be shaping up. See story at http://nytimes.com.” This rhetoric is not unique: Throughout the week after the vote the media warned of a 2007-like crisis. But what this election has demonstrated is that comparing elections without looking at the process and politics of what happens between obscures more than it explains.

Analysts, journalists and even political scientists tend to treat elections as fixed events. Elections are compared to other elections; electoral violence is compared to previous instances of electoral violence; and all other institutional progress (and digression) is swept aside. But in new democracies a lot happens between elections, both good and bad. Power arrangements are re-shaped, societal transformations occur, and political institutions are strengthened and weakened. In Kenya, there is a new constitution; there are new leading candidates; there is a new electoral commission; there is an integrated international community; there is a stronger and more ubiquitous press; there is a new national land policy.

There is one very simple point to be made: it takes a lot for a neighbor to kill his neighbor. Elections, and even disputed ones, do not provide the incentive to kill. They simply provide the context for a host of other factors to coalesce. Elections do not take place in a political vacuum.

Kenyatta ran a well-oiled machine. This high turnout won him the elections. His campaign was impressive. TNA offices sprang up all over the country. Huge rallies inspired confidence that he could put on an impressive show. His campaign message offered hope and optimism: “I Believe.” In the middle of his pre-election rally at Uhuru Park, a friend turned to me and said, “If he runs the country like this, I would vote for him.”

Kenyatta was partnered with the best campaigners in the country. William Ruto is one of the most charismatic figures in Kenya; Mike Sonko’s version of hip-populism spans tribe and excites the youth. Being the richest man in Kenya undoubtedly also helped: Kenyatta was able to infuse huge sums of cash into his campaign in a very short time.

On the other hand, Odinga let down his core supporters by trying to push through six-piece voting arrangements. His campaign strategy relied on painting the opponents as international pariahs unable to govern the country from the ICC, rather than inspiring confidence in his own abilities to lead the country. Often, he seemed exhausted and out of touch. A dissertation needs to be written about what strategies work in African electoral campaigns. Similarly, why do Africans turn out to vote? A deep analysis of the 2013 Kenyan election is a good place to start.

The future is local

As political institutions strengthen across young African democracies, an interesting arena of politics will be at the local level. Kenyans anxiously watched results pour in from the races of county representatives, governors, and senators. As one former government worker told me, “I needed to see where across this country there are people I can work with. Where real reforms can be made so we can improve this country.”

Some analysts worry that Kenya will descend into decentralized majimboism; others worry that the country will develop unevenly like Nigeria. But the fact of the matter is that local political development in Kenya is unknown, and will be a fascinating area of research in years to come.

The collective capacity to get things done

The 2013 Kenyan election was a collective endeavor: political parties supported the electoral commission and allowed them to do their work independent of political interests; the international community spent more than $100 million on logistical support; the media pressured the leaders to answer for their past in groundbreaking debates; civic education campaigns energized the grassroots. Kenyans participated and engaged actively in politics by attending political rallies, organizing local political associations, and holding their leaders to account. Longstanding leaders who did not deliver were voted out of office.

Kenyans demonstrated that democracy is more than a mechanism for counting votes, but rather a means of doing things together.

After Kenyatta’s victory, political science graduate student Kathleen Klaus tweeted: “#Uhuru:”For too long in Kenya we have talked about the Land Question – now we need to find the Land Answer.” #Kenya: let him not forget!” Klaus’s dissertation examines the relationship between land, political mobilization, and violence. Prior to the elections, analysts and commentators emphasized the land issue. During the voting process, commentators stressed the possibility of chaos and political violence.

But what Klaus demonstrates is that all of these factors are related, and must be dealt with in the Second Republic. Democracy is not consolidated because there was a peaceful election. Kenyatta will have to prove that Kenya is indeed an inclusive republic: economically, politically and socially.

Kenyatta owns large swaths of land across the country. Many Kenyans across the country see him as a “land grabber.” Residents across the Rift Valley and on the Coast still do not have title deeds and remain squatters on land they have lived on for several years. The price of land and other resources will continue to rise, contributing to competing land claims and inevitable winners and losers. It is important to deal with the underlying property rights issues now to avoid future conflict. Implementing the national land policy is a good place to start.

Jeffrey Paller is a PhD Candidate in political science at the University of Wisconsin-Madison. He now lives in Kenya.