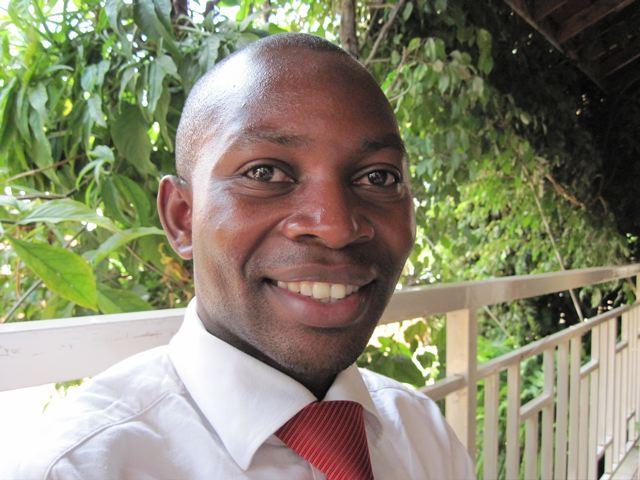 Much has been said about the international media’s reporting on Africa. Over the past years, broadcasters and journalists have been reproached for their afro-pessimism. On this very blog, last year, Richard Dowden addressed an open letter to John Humphreys, bemoaning that “British media’s news values did not include a mission to explain, to dig a little deeper.”

Today, the “˜Africa Rising’ narrative is well anchored in journalism, to the point where some are questioning whether what is produced is an unrealistic depiction of the continent.

As a Ugandan journalist, I believe that it isn’t just Western media outlets that have a responsibility for changing their coverage of Africa. African journalism must also improve its reporting of developments on the continent and become an authoritative and reliable source of information. This means holding politicians, business and societal stakeholders accountable for their failures, but also giving due credit for their successes.

There are serious challenges facing African media today – corruption, censorship and draconian laws (which make it difficult for independent journalists to operate), limited skills, poor pay, and poor access to information and technology. Most importantly many journalists lack exposure and opportunities to hone their skills. Some of these challenges are the result of repressive regimes and the difficult political environment in which some journalists are forced to operate, while others are reflections of the limited resources and funds available in a still-developing industry.

Today, there are on-going struggles for human rights in Africa and journalists are at the forefront – some colleagues have paid with their lives. In 2011, nearly half of journalists murdered or killed globally were from Africa. In 2012, 18 journalists were killed in Somalia alone.

The impunity enjoyed by the people responsible for violations of human rights – in particular the right to freedom of information – faced by a feeble and “˜compromised’ opposition, encourages the continuation of these violations. Despite the existence of widespread corruption and human rights violations, foreign aid from Western donors remains strong .

It should be understood from the development perspective that foreign aid is not regressive per se. In fact, some countries like Ghana, one of Africa’s great recent successes, are a demonstration of its positive impact. I am told that in the next 10 years or so, this West African nation may not even require any more aid.

However, in Sub-Saharan Africa and elsewhere on the continent, the situation is ominous. Today, despite large aid programmes, Uganda and Tanzania have become basket cases of fatigue, corruption and pervasive poverty. Kenya too is beset with corruption. We have successfully created a new breed of slothful and corrupt African leaders.

In some African countries, aid has been used to keep dictatorial, repressive regimes in power. The power structure of foreign aid programs often sets the agenda for recipient countries. When people (and states) become dependent on aid, they stop helping themselves.

Together, these internal and external pressures lead to a high turnover in journalism, and further undermine the development of the profession. There are a handful of laudable initiatives that aim to encourage the development of African media, such as the African Media Leaders Forum. But very few of these programmes aim to equip journalists with skills and provide the long-term professional development needed to strengthen independent journalism in Africa.

Last year, I was one of three privileged winners chosen by the David Astor Journalism Awards Trust (DAJAT), which identifies and supports young East African print journalists who show potential and commitment. I had the opportunity of undertaking a three-month placement at some of the UK’s top newspapers, including The Times and The Scotsman.

Even in the face of the “˜bad guys’ on the frontline, the independent media on the continent will definitely shape the future we want for our children. The benefits of exchange programmes are clear – some of us had never travelled abroad before and DAJAT offered us the opportunity to gain insights into the workings of British journalism.

As a political reporter in Uganda, I was given the opportunity to work with The Times’ political team at Westminster, the “˜Mother of Parliaments’. Working alongside the best, I improved my writing, news analysis and interviewing techniques. Most importantly, I learnt how to more effectively cover parliamentary affairs, and came to appreciate the true value of issue-based journalism. In the newsroom, I saw dedication, precision, professionalism and teamwork at its very best.

There are clear differences between journalism in the UK and in Africa. In Africa, a politician pays for lunch, while in the UK; it is the journalist who pays.  UK journalism is highly professional and journalists love their job. Newspapers invest in their journalists, unlike in Africa. Politicians take journalism seriously because of a stronger civil society and informed public.

In Africa, even though the commitment might be there, poor pay leads to a high turnover. As a result, few regard journalism as a life-long career choice. Some African journalists, the “˜bad apples’ pocket bribes with impunity and this compromises professionalism.

African journalists need better training to acquire relevant skills.  Journalists around the world should put pressure on governments to respect independent media and free speech. Media houses on the continent should invest more in their journalists. Initiatives such as the David Astor Journalism Awards Trust need to become widespread if we want to encourage good journalists to remain in the profession.

African journalism is changing fast. The liberalization of the media has done wonders in many countries on the continent. The Internet has also transformed journalism in Africa. Social media is making life difficult for lazy journalists, but due to limited resources, many are still not able to take full advantage of it. Business reporting is gradually gaining in importance.

There is, of course, room for improvement. Today’s journalists must lead by example and stay in the profession. Likewise, the media owners on the continent need to wake up and play their role in ensuring that quality journalism thrives. Therefore, the real influence of the media in national development will depend so much on us””the journalists, the societies in which we operate, and the audience we reach.

As I learned in the ten weeks that I was close to British journalism, there is much more than just news or commentary at stake – developing sustainable democracies around the world depends on a strong and independent media.

Yasiin Mugerwa is Chief Parliamentary Reporter at The Daily Monitor in Uganda, and one of three winners of the 2012 David Astor Journalism Awards from East Africa.
Email:[email protected]

Our investigation found Israeli citizens have been training Cameroon’s most notorious military unit for years, making them huge sums in the process. In November 2018, Eran Moas basked under the ...
By continuing to browse the site you are agreeing to our use of cookies.