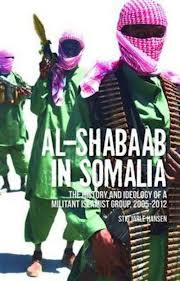 Harakat Al Shabaab is an organisation that has, for many years, been misunderstood. This is perhaps most clearly illustrated by the frequent predictions concerning its fragmentation and imagined demise. These predictions first occurred in 2008 and have been repeated ever since. They overshadow a very important and, for Somalia, comparatively unique trait – namely its success in maintaining its unity relative to other Somali factions.

The second misunderstanding is the importance of the so-called “˜global-local divide’, where one part of the organisation is predicted to split of from Shabaab because of a supposed difference in focus. By using local sources, and studying interviews with the organisation’s leadership, a more complex picture emerges. This is a picture of an organisation influenced by clannism and with differences over strategy, its degree of centralization and implementation of Sharia, but also with a local focus, whose largest contribution to international radicalism is probably its foreign fighters, and NOT a will to strike at international targets.

The confusion was in many ways a product of stereotyping, both of Al Qaeda and of Shabaab itself, coupled with a lack of access to Somalia in order to carry out local interviews. Fortunately, I had the opportunity to visit Mogadishu continuously from 2006 until the present day – this greatly aided information gathering, but also created considerable irritation (on my part) over some of the external “desk top” analyses on Al-Shabaab.

Shabaab itself was most probably formed in 2006, initiated by a Mogadishu based “˜old boys’ network made up of veterans from Afghanistan (and their supporters), also supported by Al Qaeda veterans, which at the time had little contact with regional Al Qaeda organisations. These veterans were formed by the so called “shadow wars” of Mogadishu between Western and Ethiopian intelligence, future Shabaab leaders, Al Qaeda veterans, warlords and clan militias – supposedly part of the “War on Terror,” but in reality a multifaceted conflict with many local dimensions.

Al-Shaabab’s initial success was driven by the perception that islamist control was preferable to the reign of the warlords – with all their crimes, random acts of violence and targeting of the civilian population. Shabaab, as a part of the wider Sharia court movement, managed to contribute to a more peaceful Mogadishu in 2006. This was the first lesson to be learned from Al-Shabaab’s success – if there is little protection offered to ordinary Somalis, through for example a non-paid predatory police, Shabaab will flourish – offering the harsh alternative of Sharia, which at-least give some resemblance of order, and of safety. A gender activist told the writer in 2007 that she preferred Shabaab to the government at the time, since the latter’s police were not paid, and plundered and raped – probably a true statement in this period. Indeed, Shabaab propaganda showed pictures of pillaging police in 2007 and 2008.

In 2007, Ethiopian use of heavy artillery, sometimes falling on civilians, helped the recruitment of a new, leaner and more radical Shabaab. This Shabaab drew attention to itself by speculative but low cost fighting techniques such as suicide bombings, but nevertheless avoided the larger battles that other parts of the opposition fought against the transitional government and the Ethiopians, saving its forces for later.

The first rumors of a split inside the Shabaab occurred in 2009, when Ethiopia withdrew from Somalia; Shabaab drastically expanded and took the then interim capital of Baidoa. The split was often said to have been between the previous spokesperson of Shabaab, Afghanistan veteran Muqtar Robow, and the leader of the organization, Muktar Abdirahman “Godane”. However, when I spoke to locals in Baidoa over the telephone at the time, they stressed the continued centralised nature of the movement, believing that for this reason it would survive. The analysts that predicted the collapse of the Shabaab also failed to notice that it was another Shabaab leader, Fuad Qalaf “Shongole”, who made the public critique of Robow, not Godane. And indeed Shabaab did not collapse.

Predictions of Shabaab’s split into factions led by Godane and Robow have continually resurfaced. Despite Shongole often making statements with a very local agenda, and Robow at times making statements on a very global agenda, and despite Shabaab’s clearly local modus operandi, abstaining from attacking international targets (the only exception being the Kampala attacks in 2010),  the local-global division was repeatedly stated, with little evidence to show for it. By systematically exploring the speeches of the leaders, an alternative picture merges, a picture were the “local” is very important for the so-called globalist faction, while signals of a global interest are displayed by individuals supposedly close to Robow. For example, the initial adaptation of the very un-Somali suicide bombing technique by members of a sharia court militia close to Robow in 2006.

Shabaab’s other serious cleavages came to the fore following the Ramadan offensive in 2010, when Godane applied a very unusual strategy for Al Shabaab – namely large militia attacks over open territory. Most analysts, however, failed to understand the nature of these differences over tactics, and resistance towards Godane’s centralization attempts, often voiced by Shongole.  The cleavage between Godane and Shongole, largely over Sharia implementation, was also totally neglected.

The fortunes of the Shabaab declined after the loss of the Ramadan offensive. It subsequently lost control of its territories in Mogadishu (including the important Bakara marked) and changed its strategy there to a guerilla based approach. Having lost Baidoa, and the important Southern port city of Kismayo, at the time of writing it is left in control of only a few smaller cities.

These defeats were, however, primarily as a result of African interventions (and not due to an internal disintegration of the Shabaab) – the Ugandan and Burundian AMISOM forces in Mogadishu and the (re)entry into the conflict by Ethiopia and Kenya in 2011/2012 respectively. The resilience of Al-Shabaab was almost unique in a Somali setting – despite taking a lot of losses, it managed to avoid direct confrontations between leaders in the open, save the critique of Omar Hamami (Abu Mansoor Al-Amriki), a rather peripheral figure in the Shabaab leadership, but admittedly quite prominent in their propaganda.  The often predicted breakdown of Al-Shabaab simply did not take place. There where problems, but problems, as the last alleged showdown between Ibrahim Afghani and Godane demonstrated, never followed the supposed global-local divide, and, perhaps more importantly, never fragmented the organization – there were defections, but seldom from the top ranks.

More curiously, sources such as the diary of Fazul Muhamed, Al Qaeda’s leader in East Africa, as well as the papers from Abbotobad after the killing of Osama Bin laden, showed an Al Qaeda more inclined to mediate in the conflicts that plagued the Shabaab, and not always inclined to support the presumed “globalists” within the movement. Al Qaeda strategists also appeared worried about too harsh an implementation of sharia in Somalia, never pressing a more global agenda on the Shabaab, even being hesitant to the latter’s union with Al Qaeda.

The Globalist/localist division inside Shabaab has often been overstated, based on hear-say and seldom clearly proven, but it was a tempting narrative. In Somalia, the influence of this narrative has been damaging, as it failed to highlight other cleavages within the Shabaab, and the organisation’s real strengths and weaknesses.

The time has come to stop predicting a collapse of the Shabaab according to a globalist/localist fissure and to acknowledge the surprising show of unity within a predominantly Somali organization. For 9 years it has managed to transcend the centrifugal forces of clannism that has led almost every other organization in Somalia, including various governments, into fragmentation.

Shabaab has not been divided into a radical group that wants international action, and another group that just wants to reform Somalia – the two groups overlap, but with a mutual agreement that the focus should be on Somalia first, and after that on the region.

Shabaab’s relative success in bringing law and order in Somalia (admittedly of the harsh kind) should not be overlooked. Neither should its relative success in spreading jihad in Africa, by exporting ideology and training to Libyan, Sudanese, Nigerian, Kenyan, Tanzanian, and probably Ethiopian jihadist sympathizers, nor should the movement’s primary tactical focus, which is set on Somalia with an increasing interest in Kenya.

Stig Jarle Hansen is an Associate Professor in International Relations at the University of Life Sciences in Norway.