How Eastern Africa can avoid the resource curse? – By Kennedy Opalo 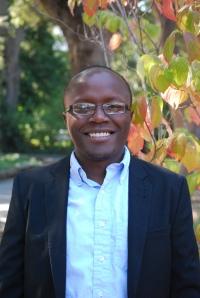 Eastern Africa is the new fossil fuel frontier (for more check out this (pdf) Deloitte report). In the last few years Kenya, Uganda, Tanzania and Mozambique have discovered large quantities of commercially viable oil and gas deposits, with the potential for even more discoveries as more aggressive prospecting continues. There is reason to be upbeat about the region’s economic prospects over the next three decades, or at least before the oil runs out. But the optimism must be tempered by an acknowledgement of the dangers that come with the newfound resource wealth. Of particular concern are issues of governance and sound economic management.

We are all too aware of the dangers of the resource curse. This is when the discovery and exploitation of natural resources leads to a deterioration of governance, descent into autocracy and a fall in living standards. Associated with the resource curse is the problem of the Dutch disease, which occurs when natural resource exports (e.g. oil and gas) lead to an appreciation of the exchange rate, thereby hurting other export sectors and destroying the ability of a country to diversify its export basket. The new resource-rich Eastern African states face the risk of having both problems, and to avoid them they must cooperate.

In many ways Eastern African states are lucky to be late arrivals at the oil and gas game. Unlike their counterparts in Western and Central Africa, nearly all of them are now nominal electoral democracies with varying degrees of institutionalized systems to ensure transparency in the management of public resources. Across the region, the Big Man syndrome is on the decline. But challenges remain. Recent accusations of secrecy, corruption and bribery surrounding government deals with mining companies suggest that there is a lot of room for improvement as far as the strengthening of institutions that enforce transparency (such as parliaments) is concerned. It is on this front that there is opportunity for regional cooperation to improve transparency and resource management.

While it is easy for governments to ignore weak domestic oversight institutions and civil society organizations, it is much harder to renege on international agreements and treaties. A regional approach to setting standards of transparency and accountability could therefore help ensure that the ongoing oil and gas bonanza does not give way to sorrow and regret three decades down the road. In addition, such an approach would facilitate easier cross-border operations for the oil majors that are currently operational in multiple countries, not to mention drastically reduce the political risk of entering the region’s energy sector. It would also leave individual countries in a stronger bargaining position by limiting opportunities for multinational firms to engage in cross-border regulatory arbitrage.

The way to implement regional cooperation and oversight would be something akin to the African Peer Review Mechanism, but with a permanent regional body and secretariat (perhaps under the East African Community, EAC). Such a body would be mandated to ensure the harmonization of laws to meet global standards of transparency and protection of private property rights. The body would also be mandated to conduct audits of national governments’ use of revenue from resources. The aim of the effort would be to normalize best practices among states and to institute a global standard for states to aspire more – more like the way aspirations for membership in the European Union has been a catalyst for domestic reforms in the former Yugoslavia and Eastern Europe.

Regional cooperation would also provide political cover to politicians with regard to economically questionable fuel subsidies. The realities of democratic government are such that politicians often find themselves forced to concede to demands for fuel subsidies from voters. But history shows that more often that not subsidies come at an enormous cost to the economy and instead of benefitting the poor only benefit middlemen. In addition, as the case of Nigeria shows, once implemented such policies are never easy to roll back both due to politics and the power of entrenched interests. Regional agreements capping any fuel subsidies at reasonable levels would be an excellent way to tie politicians’ hands in a credible manner, while at the same time providing them with political cover against domestic criticism.

Beyond issues of governance, there is need for cooperation on regional infrastructure development in order to reap maximum value for investment and avoid unnecessary wastes and redundancies. Landlocked Uganda and South Sudan will require massive investments in infrastructure to be able to access global energy markets. The two countries’ oil fields are 1,300 km and 1,720 km from the sea through Kenya, respectively. One would hope that as these projects are being studied and implemented, there will be consideration for how to leverage the oil and gas inspired projects to cater to other exports sectors – such as agriculture, tourism and light manufacturing – as well. KPMG, the professional services firm, recently reported that transportation costs eat up as much as 20 per cent of Africa’s foreign exchange earnings.  There is clearly a need to ensure that the planned new roads and railways serve to reduce the cost of exports for all outward oriented sectors in the region. Embedding other exports sectors (such as agriculture, timber, domestic transport, etc.) in the process of developing new transportation infrastructure will minimize the likelihood of their being completely crowded out by the energy sector.

In isolation, each country’s resource sector policy is currently informed by domestic political economy considerations and regional geo-politics. There is an emerging sense of securitization of resources, with each country trying to ensure that the exploitation of its resources does not depend too much on its neighbours. Because of the relatively small size of the different countries’ economies, the risk of ending up with economically inefficient but expensive pipelines, roads and railways is real. South Sudan is currently deciding whether to build a pipeline through Kenya (most likely), through Ethiopia, or stick with the current export route for its oil through Sudan (least preferred due to testy relations). For national security and sovereignty reasons, Uganda is planning on a 30,000-barrel per day refinery in Hoima, despite warnings from industry players that the refinery may not be viable in the long run. Some have argued for the expansion of East Africa’s sole refinery in Mombasa to capture gains from economies of scale, an option that Uganda feels puts its energy security too much in Kenya’s hands.

In the meantime, Kenya and Tanzania are locked in competition over who will emerge as the “gateway to Eastern Africa,” with plans to construct mega-ports in Lamu and Tanga (Mwambani), respectively. While competition is healthy and therefore welcome, this is an area where there is more need for coordination than there is for competition among Eastern African governments. The costs involved are enormous, hence the need for cooperation to avoid any unnecessary redundancies and ensure that the ports realize sufficient returns to justify the investment. Kenya’s planned Lamu Port South Susan Ethiopia Transport Corridor (LAPSSET) project will cost US $24.7 billion. Tanzania’s Mwambani Port and Railway Corridor (Mwaporc) project will cost US $32 billion.

Chapter 15 of the EAC treaty has specific mandates for cooperation in infrastructure development. As far as transport infrastructure goes, so far cooperation has mostly been around Articles 90 (Roads), 91 (Railways) and 92 (Civil Aviation and Air Transport). There is a need to deepen cooperation in the implementation of Article 93 (Maritime Transport and Ports) that, among other things, mandates the establishment of a common regional maritime transport policy and a “harmonious traffic organization system for the optimal use of maritime transport services.”

The contribution of inefficient ports to transportation costs in the regional cannot be ignored. Presently, the EAC’s surface transportation costs, associated with logistics, are the highest of any region in the world. According to the African Development Bank’s State of Infrastructure in East Africa report, these costs are mainly due to administrative and customs delays at ports and delays at borders and on roads. Regional cooperation can help accelerate the process of reforming EAC’s ports, a process that so far has been stifled (at least in Kenya) by domestic political constituencies opposed to the liberalization of the management of ports. The move by the East African Legislative Assembly to pass bills establishing one-stop border posts (OSBPs) and harmonized maximum vehicle loads regulations is therefore a step in the right direction.

Going back to the issue of governance, more integrated regional cooperation in the planning and implementation of infrastructure development projects has the potential to insulate the projects from domestic politics and patronage networks that often limit transparency in the tendering process. Presently, Uganda is in the middle of a row with four different Chinese construction firms over confusion in the tendering process for a new rail link to South Sudan and port on Lake Victoria. The four firms signed different memoranda with different government departments in what appears to be at best a massive lapse in coordination of government activities or at worst a case of competition for rents by over-ambitious tenderpreneurs.  This does not inspire confidence in the future of the project. A possible remedy to these kinds of problems is to have a permanent and independent committee for regional infrastructure to oversee all projects that involve cross-border infrastructure development.

In conclusion, I would like to reiterate that Eastern Africa is lucky to have discovered oil and gas in the age of democracy, transparency and good governance. This will serve to ensure that the different states do not descend into the outright kleptocracy that defined Africa’s resource sector under the likes of Abacha and Mobutu in an earlier time. That said, a lot remains to be done to ensure that the region’s resources will be exploited to the benefit of its people. In this regard there is a lot to be gained from binding regional agreements and treaties to ensure transparency and sound economic management of public resources. Solely relying on weak domestic institutions and civil society organizations will not work.