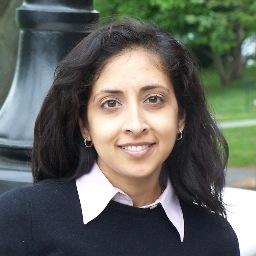 Late 2012 saw an escalation of violence in eastern Democratic Republic of Congo when the rebel group M23 captured and briefly held the city of Goma. While the International Conference on the Great Lakes Region (ICGLR) facilitated talks between the DRC government and the M23 in Kampala, the UN brokered the Peace Security and Cooperation (PSC) Framework, which was signed by eleven countries on 24 February 2013 in Addis Ababa. The ICGLR recently held an Extraordinary Summit of heads of state and governments in Nairobi to continue the process of implementing the PSC Framework for the DRC and the region. Despite the appointment of Mary Robinson, former President of Ireland, as Special Envoy for the Great Lakes Region (tasked with coordinating the implementation of the PSC Framework), the inclusion of women’s voices in the formal process of peacemaking appears to have been limited.

The PSC Framework outlines an ambitious agenda of action that includes commitments by the Congolese authorities to implement major governance reforms by regional actors to desist from providing assistance to armed groups and renewed engagement by the international community. After many years of conflict, progress on these areas of action has proved difficult to realise and will require substantial efforts on the part of all involved, particularly the international community.

The recent peace process for the Great Lakes has been, thus far, disappointing in terms of providing for visible participation by women stakeholders, and explicitly addressing vital women’s rights issues. Indeed, other than a reference to the use of sexual violence and other serious violations as weapons of war, the PSC Framework does not explicitly address women’s protection needs nor does it include measures to secure their participation over the course of its implementation.

Failing to change course could come at a huge cost. Measures that directly address the protection needs of women represent precisely the kind of urgent reforms that are needed to stabilise the region. By more aggressively pursuing the Women Peace and Security Agenda, peacemakers can have a strategic entry point from which to push for progress in areas that have historically resisted reform, particularly in the governance, security and justice sectors.

Widespread insecurity in eastern DRC persists in part because of a prevailing culture of predation and exploitation by the Congolese army and police, in addition to the utter absence of state authority and rampant impunity for those responsible for the commission of past and on-going serious crimes. Responding to women’s protection needs involves measures that tackle these very issues. The inclusion of women’s voices in the formulation of stabilization measures serves to directly link peace-builders to realities on the ground. Women also represent an important constituency that can hold implementing actors of the PSC Framework accountable.

Moving forward, the next phase of the peace process involves finalizing benchmarks that will measure the progress of implementation of the PSC Framework. Gender-sensitive benchmarks can provide Great Lakes peace-builders with a strategic entry-point that can direct much-needed reforms in key areas that can strengthen civilian protection overall. However, these benchmarks must be precisely defined and concretely linked to realizing the participation and protection objectives of the women peace and security agenda.

Gender-sensitive measures that can be pursued through the PSC Framework in the governance, security and justice sectors could include:

Securing and maintaining peace in Eastern Congo requires reforming the Congolese army, in particular, building cohesion amongst troops and shifting a prevailing culture of exploitation to one of protection. Usually invisible in “traditional security”, consulting women living in volatile communities can enable a more inclusive approach to security that helps prioritise local needs, and expose networks of exploitation and abuse. The PSC Framework implementation process must also secure firm commitments from the Congolese government to hold impartial and independent military justice proceedings to ensure that members of Congolese army are held accountable for the commission of serious crimes, including sexual violence.

For too long, measures to improve women’s political participation have been blocked by political actors in Kinshasa, despite being required by the Constitution. Peace-building in the DRC ultimately depends on major reforms to the Congolese political system, including holding state actors accountable when they fail to carry out their public responsibilities. Women’s rights and protection actors are active in their communities and represent a vital bridge between local populations and their leaders. Women leaders should be provided with opportunities to meaningfully participate in the current national dialogues, and be supported in the adoption of political participation measures more broadly.

Justice reform efforts to-date in the DRC have been piecemeal and ineffective at combating the rampant culture of impunity for serious crimes being committed in eastern Congo, as well as those committed in the past. Realizing the international community’s demand for justice for crimes of sexual violence requires a broader accountability agenda for the region, which targets individuals operating at the regional and national levels and for a range of crimes that includes economic crimes. The Kampala negotiations must also reject an amnesty for crimes committed by both sides. Adequate resources are needed to conduct proper investigations of serious crimes, respect fair trial guarantees, and enable robust protective measures for victims and witnesses as well as judicial actors.

Through the design of concrete gender-sensitive benchmarks in these areas, the PSC Framework can drive urgent reforms by Congolese actors that respond to deeper conflict dynamics, including and especially the commission of sexual violence.

Nowhere have the impacts of sexual violence in armed conflict been starker than in the DRC. Known as the rape capital of the world, conflict-related sexual violence continues to occur in eastern DRC at an alarming rate, affecting women, girls and in certain instances, men as well. Sexual violence, however, represents just part of a broader cycle of killings, looting and displacement that have been committed by armed groups, disproportionately affecting women and children. Effectively addressing the commission of sexual violence requires a holistic approach that tackles the root causes of conflict, which are multiple and complex.

With the paucity of women appointed as mediators in peace processes, the appointment of Special Envoy Mary Robinson gives rise to hope that the Women Peace and Security Agenda will be more firmly included in peace-building efforts in the Great Lakes. Indeed, the Special Envoy recently declared that women’s leadership must be at the heart of the PSC Framework in a June meeting held in Bujumbura on women’s engagement in the peace process. However, her mandate comes at a time when the consideration of the women peace and security agenda by the UN Security Council is under question.

The past decade has given rise to several important Security Council Resolutions – notably UNSC 1325 (Women, Peace and Security) and UNSC 1820 (sexual violence and armed conflict) – that seek to integrate women’s needs into peace-building efforts, and recognize women as agents of change and not just victims in need of protection. Increased international attention on the issue of sexual violence and armed conflict has since shifted the focus of the Security Council and risks eclipsing the women peace and security agenda. Such an outcome could be welcomed by some Council members, such as Russia and China, who do not view the WPS agenda as falling within the Council’s mandate of situations representing threats to international peace and security.

The DRC situation demonstrates how pursuing the Women, Peace and Security Agenda is essential to address conflict-related sexual violence. When women are involved, peace-builders are forced to address what really matters for communities affected by conflict. National, regional and international stakeholders should thus actively support Special Envoy Mary Robinson to ensure that the women’s agenda is meaningfully pursued through the formulation of concrete benchmarks, and followed by dedicated action under the PSC Framework.