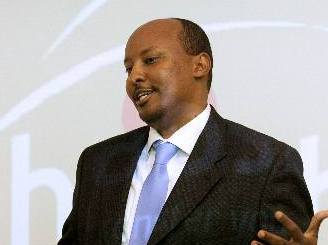 Abdirashid Duale, CEO of Dahabshiil, says “Somalia has no financial infrastructure and MSBs are the only way to send much needed money into the country.”

Today is the deadline set by Barclays to close the bank accounts of UK-Somali remittance companies. Dahabshiil – the biggest money transfer company serving the Somali community – has put out a press release (see below) explaining the situation as they see it.  MT

None of the Somali money transfer companies that had accounts with Barclays have been able to secure equivalent alternative banking ahead of today’s deadline, including Dahabshiil.

This decision has massive consequences both for Dahabshiil’s business and for individuals seeking to transfer money to Somalia and elsewhere. As a result, on 24 September Dahabshiil’s solicitors issued a high court application seeking an interim injunction to prevent Barclays from closing Dahabshiil’s account.

A hearing to determine this application was to take place before a high court judge today. Since receiving notice of the application, Barclays’ solicitors suggested to adjourn the hearing to allow time for proper evidence on both sides. It has also emerged that a similar application had been made by two other non Somali MSB customers. These customers have also been served notice of Barclays’ decision to terminate banking services to them. Today’s hearing was adjourned and Dahabshiil’s application will now be heard on 15 October 2013. Barclays have agreed to continue to provide banking services to Dahabshiil in the meantime. This is good news for Dahabshiil’s customers in that it will be business as usual for them at Dahabshiil until the hearing.

In the last few months, the UK Government has been under intense pressure to act:

“¢ The Somali President has written to the Prime Minister, the IMF, the World Bank and Barclays to flag the humanitarian consequences and build support for a temporary extension;

“¢ Congressman Ellison, with bipartisan support from both Congress and the Senate, has written to the US Treasury and Barclays urging for an extension of the deadline;

“¢ The US Treasury Department has written to counterparts in HMT to encourage intervention and explain how it successfully provided air cover for US banks when they threatened to walk out on remittance companies in 2007;

“¢ The 49th extra-ordinary session of the Inter-Governmental Authority on Development (IGAD) Council of Ministers on the 16th September issued a communiqué expressing grave concern about the serious humanitarian and security risks posed by Barclays Bank’s decision. Collectively IGAD urged the UK Government, Barclays Bank and regulators to work with the Somali remittance industry to find both a short and long term solution to enable banks to remain in the sector and keep legitimate and regulated remittances flowing;

“¢ The UK Somali Money Services Association (SOMSA) has tabled its own solution drawn up with the Somali Government and partner Governments across the Horn of Africa;

“¢ Mo Farah has reiterated his strong support, explaining how his family and charity will be affected if the lifeline is cut;

“¢ More than 100,000 people have signed the Change.org petition calling on Barclays to reconsider its decision (http://www.change.org/petitions/the-barclays-uk-decision-on-the-somali-msbs-accounts-barclays-to-reconsider-its-decision).

Following a Government roundtable hosted by DfID and HMT on Friday (27th) MSBs and development experts had been hopeful that a solution might be forthcoming. However, although the Government has acknowledged that remittances are vital for the developing world and agreed on the need to “continue to work collaboratively to allow remittances to flow while preventing terrorists and criminals from benefitting,” it is clear that there was no immediate solution at hand and a long term solution is required.

This is why Dahabshiil felt the need to continue with its competition claim. The claim is based on the fact that Barclays are abusing a dominant position by proposing to terminate an existing relationship without objective justification and by treating Dahabshiil differently to those they continue to bank.

“Dahabshiil is committed to keeping the remittances lifeline open, and it is very unfortunate that we have been forced to take legal action in this way when we are in the midst of trying to find a sustainable solution. This is not a crisis which the Court should have to resolve. Beyond the evident competition issues, the closure of these accounts also raises serious humanitarian issues and the failure to find a way forward to date is very frustrating. It could be a matter of life and death for innocent Somalis.

“Somalia has no financial infrastructure and MSBs are the only way to send much needed money into the country. The removal of this lifeline will only damage the country’s fragile recovery and drive the remittance industry underground, in effect moving from a transparent process of payments being made via bank accounts to a much less transparent and dangerous process of transporting cash across borders.

“We are a legitimate UK registered company and comply with all existing regulatory requirements. Our strong compliance record is reflected in the fact that we are a trusted partner to the United Nations and other international NGO and development agencies. The regulations applicable to our business have not changed recently and we have banked with Barclays for 15 years without them ever raising any concerns. We are prepared to meet any sensible criteria that the Government and the banking sector want to suggest. We therefore fail to see any good reason for closing our accounts while keeping those of some of our competitors open. 3

“We understand from the roundtable on the 27 September that the Government is looking at long-term solutions, and we are committed working with them on this. It is understood that the Government has set up an action group to consider the issue of cross border remittances and we are keen to sit down with the Government, the banks, SOCA and other key parties to agree a set of criteria or due diligence process that will satisfy the banks’ concerns.

“In the meantime we ask that Barclays grants us a further extension of time to allow a solution to be found and very much hope that they will work with us, the UK and Somali governments and other key stakeholders and regulators to be part of this solution.”

A long-term solution will require comprehensive reconstruction and reform of the Somali finance and banking sector. The Somali money transfer industry (represented by SOMSA, the Somali Money Services Association) has proactively developed a proposed long-term solution to address the issue and protect Somali’s fragile economic recovery. This proposal is aimed at not just saving the vital remittance lifeline, but also helping Somalia and its international development partners to achieve the objectives of the “˜New Deal for Somalia’ agreed by international community on 16 September.

The draft proposal has the endorsement of the Somali government and the Intergovernmental Authority on Development (IGAD). It is intended to avert a serious disruption of the remittance flow, while addressing the concerns of banks and regulators, but its successful implementation rests on at least a 12 month extension of the deadline by Barclays.