Inconvenient truths for Kenya after Westgate attack – By Jeremy Lind 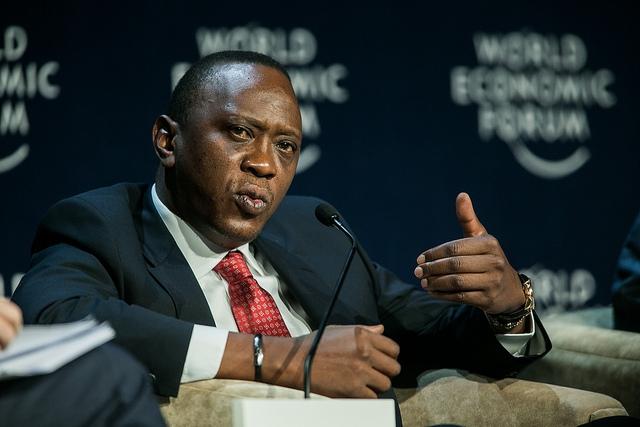 President Kenyatta’s launch of a Commission of Inquiry into the Westgate attack has been met with some cynicism.

Two weeks after Al-Shabaab militants murdered over 60 shoppers and diners and laid waste to one of Nairobi’s smartest malls, a reckoning has begun: how could an attack of such ferocious brutality happen in the heart of one of the city’s wealthiest enclaves? Could it happen again and, if so, how can an attack of a similar magnitude be prevented? And what does the Westgate massacre say about the state and condition of Kenya as a nation and people? With the fate of 39 missing civilians as well as the number, fate and identity of the militants still unknown, these are the questions Kenyans have begun asking each other as well as the country’s divided political establishment. The search for answers will expose a number of inconvenient truths.

The first of these is that violence and insecurity are deeply imprinted in contemporary Kenyan life. Even before the Westgate attack, a number of conflicts and low-level violence were bubbling away at the margins. In recent years militants have attacked churches, bars, bus stations, and police posts in Nairobi, Mombasa, Garissa, Mandera among other towns and cities. Authorities were uncertain and feeble in responding to the violence, even as it encroached further and further into the country and claimed many lives. Yusuf Hasan, MP for Nairobi’s Kamukunji constituency, told the Guardian, “In the past two years, there have been 11 bomb attacks in my constituency. Yet there have been no arrests, and not one single person brought to court. What does that tell you about the state of the investigations? The government told us it was al-Shabaab and that that was the end of the story. It’s not good enough.” All the while, across the border in Somalia Al Shabaab was honing its capacity to execute sophisticated attacks. This year it has launched several devastating assaults, including

on the UNDP compound in Mogadishu in June that killed 15.

While attacks by militants have rocked many cities, violence has continued to flare in Kenya’s north. Devolution under its new constitution was meant to devolve decision-making and resources leading to improved accountability, as well as spreading development funds more equitably between the country’s agrarian, highland core and the long marginalised dryland areas. It is still too early to tell if Kenya’s devolution experiment will be a success. So far, there has been uneven progress, with genuine innovation and dynamic leadership by governors in some counties. However, ethnic and clan fault-lines old and new have opened up in many places, leading to clashes and displacement. Hundreds are feared to have been killed in recent months.

A second inconvenient truth is that violence is as an effective technique and strategy to advance discrete political and economic interests in Kenya. Close and even casual observers of Kenya’s politics will recognise the simple reality that violence pays in Kenya’s broken political system. But how can this system reform itself when it harbours and provides sanctuary to people whose very position has been secured in part through violence? Some openly speculate that the Westgate attacks may in fact provide leverage to a campaign to dismiss the cases of Kenya’s President Uhuru Kenyatta and Vice President William Ruto before the International Criminal Court.

The dismaying revelation of widespread looting of Westgate’s luxury shops during the rescue operation by Kenyan Defence Forces to free hostages gives the impression of indiscipline and corruption run amok in Kenya’s military institutions. It has been pointed out that the same structures that allow a customs inspector at the port or a border official or a policeman looking at a truck of goods on the highway to turn a blind eye for a bribe are the structures that terrorists exploit to their advantage. The Kenyan journalist Bertha Kang’ong’oi wrote, “Westgate exposed our shame. It was the most visible display of the country’s failed systems, which have been allowed or tolerated for too long.” The structures that permit ivory poaching, car hijacking, organised crime, tax evasion, and the siphoning of funds are the same ones the Westgate militants used to stash a weapons cache in a shop in the mall before the attack, to collude with a shop employee, and to otherwise form partnerships to carry out such a complex attack in the middle of Nairobi. Any meaningful plan to strengthen security needs to get to grips with Kenya’s culture of violence and impunity more widely.

In the immediate aftermath of the Westgate attack, the world’s attention and that of many Kenyans focused on Al Shabaab and international terrorism more broadly. As the days passed, Kenyans increasingly looked at themselves for answers on how the attack could have happened. As questions mounted, President Kenyatta launched a Commission of Inquiry, which has been met with some cynicism. Some wonder whether the attack will give impetus to reform the country’s security architecture and culture, something advocated by members of the National Assembly. Yet, the problem runs deeper.

Strengthening security in Kenya will require more than tinkering at the edges of its security and intelligence structures, or expanding military operations in Somalia. Kenya’s military involvement in the African Union Mission in Somalia, ostensibly to create a buffer between Kenya and violence-plagued southern Somalia, has failed to prevent terrorist attacks in Nairobi and elsewhere. Kenya’s political leaders should also resist the urge to rush through further anti-terrorism laws, or resort to punitive policing of its Muslim populations. Effective security requires getting the basic functions of government to work better for all Kenyans, not just its embattled political establishment. The Westgate attack has touched the very top of Kenyan society. Let us hope they will act in ways that meaningfully improve security not only for Nairobi’s well-heeled but also a wider citizenry terrorised by extremist violence and spreading conflict.