Mo Ibrahim Prize 2013: and the winner is…Afro-realism – By Magnus Taylor 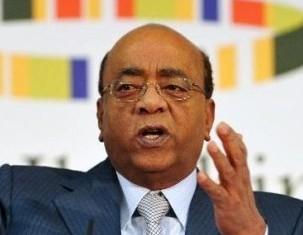 African economies are generally growing – we know that and it can be well-documented through trusted economic data. But is African governance also rising? That’s the question that the Mo Ibrahim Foundation seeks to answer every year through its Index of African Governance.

And the answer is yes. The big number this year’s report showcases is that 94 percent of the continent’s people live in countries that have experienced overall governance improvement since 2000. So, it’s pretty clear that the general trend is up.

However, this is a complex index based on large quantities of data, so from it we can determine several different indicators (not all of which are increasing). Broadly, these are classified (by the Index) within 4 categories:

Mo Ibrahim calls the Governance Index “a mirror we put in front of Africa today”. But it’s a mirror that provides us with a reflection that is somewhat ambiguous. Whilst 52 countries improved their “˜Human Development’ in 2012, 32 countries saw their “˜Safety and Rule of Law’ decline (for a more detailed breakdown of what these terms mean please see the report.)

It’s also true that whilst a number of established success stories – Mauritius, Botswana and Ghana, to name 3 – are forging ahead, the gap between these countries and the laggards at the bottom of the index (Somalia, DRC and Eritrea) is growing. It’s also quite predictable that the majority of countries lying at the bottom of the table suffer from chronic political instability (DRC, Somalia, Guinea Bissau etc.) Jump-starting these countries’ path towards development remains a major global challenge.

Illustrating this point, the biggest individual improvers are those post-conflict countries which are now experiencing a “˜peace dividend’ (Liberia, Angola, Sierra Leone) and in the case of Rwanda, an effective technocratic administration following it.

When questioned whether the general improvement in governance was “˜structural’ or merely a product of a sustained, Chinese-fuelled, commodities boom, Ibrahim was keen to assert that it is due to positive changes within Africa. This has, in part, been enabled by the ending of the Cold War which meant “you [Western countries] took your fingers out of our affairs”. However, the connection between the mainly externally driven economic growth and improvements in governance merits more serious examination.

Whilst the Governance Index is growing into an essential resource for those tracking continental changes, the more media-friendly “˜Prize for Achievement in African Leadership’ (worth $5 million per year for a decade after retirement) has stalled somewhat. It’s not that it’s necessarily a bad idea, but rather that the Foundation isn’t particularly good at explaining what it’s for. This is particularly the case in the years when it is not awarded – 2012 and 2013 being alike in this regard.

Also, most years it’s pretty evident that no one is seriously in-the-running. 2011’s award to Cape Verde’s Pedro Pires was something of a surprise, but mainly because the mainstream press doesn’t really regard Africa’s island countries as being part of the continent (and their small size does mean that their character is quite different from, for example, a Nigeria or Ethiopia).

Whilst the Prize Committee itself should not be criticised for its non-award – afterall, there were slim pickings available. For the Prize to maintain its high-profile position in the calendar of annual awards it either needs to be awarded every year or not bother calling a press conference for the Prize Committee to restate their well-known position on a non-award.

They could also be reasonably asked to comment on who some of the contenders were. Something that Mo Ibrahim himself was keen to declare was “˜inappropriate’ following an only slightly provocative question along these lines from a member of the press.

Mo Ibrahim’s overall message is that things are improving in Africa, but in a slow and complex fashion. Rather than “˜Afropositive’ or pessimism, he calls for an Afro-realism, which means “˜be patient and study the numbers’. This may not be the sexiest headline, but it does do justice to the fine quantitative work that makes the Index on Governance possible.