Politics
Home›African Arguments›Politics›On Zimbabwe Britain must avoid the misplaced, patronising stance of the past – By Ian Scoones

On Zimbabwe Britain must avoid the misplaced, patronising stance of the past – By Ian Scoones 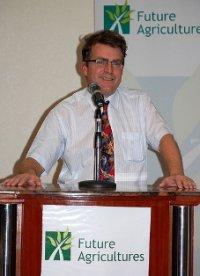 Will Britain reengage with Zimbabwe after a flawed election that returned Robert Mugabe to power?

Britain’s relationship with Africa has always been a tricky one; and this is particularly so for a former settler colony like Zimbabwe. Robert Mugabe’s recent win in the contested election in Zimbabwe has been seen by some as a victory for independent, sovereign Africa over the former colonial power and its imperial ambitions. As Richard Dowden commented in a recent issue of Prospect Magazine, this was “the biggest defeat for the United Kingdom’s policy in Africa in 60 years”.

In his recent speeches, Mugabe has not been able to constrain his glee. The deep animosity that developed between Zimbabwe and Tony Blair in particular is still a recurrent refrain. Britain has misjudged its diplomatic relationships with Zimbabwe many times, but the most extreme incident was Clare Short’s ill-judged letter in 1997 arguing that Britain had no special responsibility for the land issue, and Short’s Irish ancestry showed that she was not on the side of the coloniser. This of course infuriated Mugabe and many others. As nationalist leaders who fought a liberation war against Ian Smith’s Rhodesia regime, the denial of responsibility for colonialism was outrageous.

Yet today Britain is a declining power, with decreasing economic and political clout. Zimbabwe, as other African states, has turned to others for support, where the baggage of colonialism and the strings of aid and investment conditionality do not apply. Zimbabwe’s “˜Look East’ policy focuses on China, but also Malaysia, India and others. Chinese investments in Zimbabwe have accelerated, particularly in the period from 2000 when Western nations boycotted the country, and investment and credit lines were curtailed, due to Western reaction to Zimbabwe’s radical land reform.

The land reform saw a major restructuring of the agricultural sector and the wider economy. A transfer of nearly 10 million hectares benefitted over 170,000 households, around a million people. But at the same time it removed 4000 mostly white farmers from their land, and considerable numbers of farm workers lost their jobs. The consequences have been far-reaching, as we outlined in our book, and debates continue about the pros and cons, means and ends.

The sanctions imposed by the West were aimed at punishing the Mugabe regime, and were particularly focused on the President himself and his immediate coterie. The withdrawal of Western capital and credit had an even bigger impact, and helped precipitate a collapse in the economy. From 2009, and the establishment of a unity government with the opposition, the economy recovered to some extent, especially following the abandonment of the local currency. This put an end to hyperinflation that had increased in some estimates to 230 million percent, and encouraged investment again.

In the agricultural sector, tobacco and cotton production boomed. Chinese and Indian companies in particular have been important players. For example, the Chinese company Tian Ze has contracting arrangements with over 250 farms, mostly in the new resettlement areas. Smallholder farmers who gained land through the reform are now the major producers of such cash crops, and contribute significantly to the national economy. Chinese led outgrower arrangements provide support in terms of finance, inputs and advice. British companies that had been important as buyers of tobacco from the previous white commercial farmers have looked on, and are now trying to get back into the game.

Mugabe’s party, ZANU-PF, has certainly exploited the land reform to gain political advantage. The land reform, they argue, is evidence of the struggle for liberation having reached a final phase. Shedding commercial links with Western companies shows in turn that sovereign countries like Zimbabwe now have a choice, both in economic and political affairs. No longer will they be pushed around, condescended or demeaned. Of course this rhetoric must be taken with a very large pinch of salt, as the political-security-business elite associated with ZANU-PF have benefitted from these reconfigurations of land and economy, alongside considerable numbers of ordinary people.

Indeed, the electoral calculus of 2013 suggests that land reform beneficiaries, along with other rural people, backed ZANU-PF, reversing the major wobble in 2008, when ZANU-PF lost both parliamentary and presidential polls. It is impossible to know for certain what the real results were, as there was most definitely fiddling going on. This included bussing in voters to swing constituencies, changing constituency lists and obstructing registration for young and urban voters, as well as various forms of intimidation.

However many commentators believe that the results were probably pitched in favour of ZANU-PF and the opposition MDC lost, if not by the margin announced. Certainly the opposition offered very little in the way of a campaign, and failed to articulate a convincing vision for land, agriculture and rural development. Independent assessments prior to the elections indicated a major disillusionment with the MDC, due in large part to their mixed performance in the unity government, with a major swing to ZANU-PF predicted.

Will Britain and other Western nations reengage with Zimbabwe? This is not the result that they wanted, nor the one that most expected. They had been convinced that the violence, corruption and neglect of human rights and the rule of law that has characterised the ZANU-PF regime (in fact for most the period since Independence in 1980) would put an end to Mugabe’s rule. The diplomatic social milieu in Harare is of course very different to the rural areas or the townships and squatter settlements on the urban fringe where most voters live. It is not difficult to see why the result was so incorrectly called.

The question arises, should the West support presidents and parties with an electoral mandate but who are involved in clearly highly reprehensible, possibly criminal, practices? Where does an “˜ethical’ foreign policy fit in? And what about the role of the West in upholding international standards and human rights? Opinion is highly divided on this topic, in Africa and elsewhere.

This has been brought to a head by the on-going prosecution of the Kenyan president, Uhuru Kenyatta and his vice-president, William Ruto by the International Criminal Court. The African Union, irked by the seeming emphasis of the ICC on African abuses and not others (Blair and Bush are of course mentioned as those who have got away), has proposed that sitting presidents should not be prosecuted. Others have called for withdrawal from the ICC, arguing, like the US, that international meddling in sovereign power is problematic and biased. Mugabe – of course – has joined in the chorus.

The double standards of the West are of course plain to see. Mugabe, Morsi, Museveni, or Meles? Who is/was acceptable, and who deserves to be cast out? And on what basis? There are no clear rules, and the interests and biases of Western foreign policy and associated commercial and political interests quickly become exposed. Is it perhaps easier to go the Chinese route, and proclaim a position of “˜non-interference’, based on “˜solidarity’ and “˜mutual interest’, while at the same time promoting a highly interested commercial relationship through development cooperation?

The UK’s Secretary for State for International Development, Justine Greening, hinted at such a shift in UK policy recently in a speech at the London Stock Exchange. Some observed that she sounded more like a Chinese official, acknowledging the importance of aid relationships for UK business; a contrast to her predecessors who only emphasised human rights, good governance and Western liberal democratic values.

As African states become more assertive in international affairs, buoyed by economic growth and a sense that in the post-colonial world order they do not have to be behoven only to the West and their former colonial masters, there is a greater level of what some have termed “˜state agency‘ – the ability to negotiate,  manoeuvre and make choices. Yet, with the West unable to dictate through aid conditionalities, there are even greater obligations on citizens, as part of civil society organisations, social movements, political parties and electorates, to hold states to account.

In places like Zimbabwe this is not easy, given the obstructive and sometimes violent and oppressive politics of the ruling party. As the opposition rebuilds itself it has some serious thinking to do. Avoiding getting perceived as a puppet of the West, and broadening its focus to encompass economic and social rights and freedoms at the centre of a redistributive agenda will be essential.

Meanwhile, Britain needs to reengage, supporting investment in the productive sectors, including agriculture and belatedly backing the successes of the land reform, and join Zimbabwe as a partner in economic development, alongside China and others, avoiding at all costs the misplaced, patronising stance of the past.

Ian Scoones is a Professorial Fellow at IDS, he blogs at www.zimbabweland.wordpress.com, and is co-author of Zimbabwe’s Land Reform: Myths and Realities.

The state’s one-sided narrative has not just shattered Ethiopians’ shared understanding of reality but eroded the social fabric that held us together. I grew up in the 1980s in Asmara, ...
By continuing to browse the site you are agreeing to our use of cookies.